a sacred table-like structure in the temple when Jesus was alive. People offered sacrifices to God on the altar.

a heavenly messenger from God

an ordinance or ceremony in which a person with priesthood authority from God places another person entirely under water and lifts him or her back out. Baptism is required to become a member of Jesus Christ’s Church. Also see gift of the Holy Ghost.

to feel that something is right or true

to give good things or to help a person

a special prayer asking Heavenly Father to comfort or heal a person; the man who gives this prayer does so by the power of the priesthood which he holds. Any help we receive from God.

body of flesh and blood

the bodies that people on earth have that are made of skin, bones, muscles, and blood

to lower the head in respect 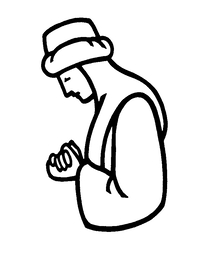 a man who is getting married

to place the body of a dead person in a tomb or in the ground and cover with earth; to place something in the ground which a person wishes to hide

to take a country or person by force

an opening in a hillside

to remember an important day by doing something special

to pick or select

a flat, metal piece of money 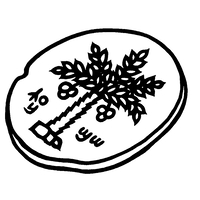 to tell someone or something what to do

something God tells people to do so they will be happy

a person who helps or gives advice to someone else

not able to hear

land that has very little water and few plants or animals

another name for Satan

to die from being underwater too long

a strong shaking of the earth

something that has no end; it goes on forever

something that is bad and does not come from God

to believe and trust in Jesus Christ

a lack of food because not enough grows to feed everyone

a large meal usually eaten on a special day

filled with the Holy Ghost

to do what someone else does

a good thing God or others give to us

gift of the Holy Ghost

the right to have the Holy Ghost’s help; it is given to a person after baptism by someone with priesthood authority

the teachings of Jesus Christ about how people should live so that they can return and live with Heavenly Father; it is Heavenly Father’s plan of salvation

a person who watches over people in prison; to watch over a person, place, or thing

to make a sick or hurt person well

the place where Heavenly Father and Jesus Christ live 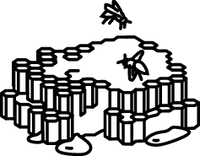 a church song or a song praising God

the person who runs an inn

to become part of a group

to get down on your knees

not willing to work

a sick person with sores all over his or her body

to not tell the truth

the shape bread is baked in

a box where food is put for animals to eat

a person who belongs to a church or other group

something unusual that happens because of the power of God

a person who goes on a mission; sometimes the person is called to go to other lands

to make fun of

a mountain or large hill

someone living near your home; any other child of God

to do what has been asked or commanded

a story that teaches a principle or lesson

ability to do something. Also see priesthood.

to say good things about someone

to talk to God, giving Him thanks and asking for blessings

what is said when a person prays

a leader in a church

the authority to act in God’s name

a place where people who have broken the law are kept

to make or grow something

saying you will do something

something God tells His children

a long, flowing piece of clothing that is worn over other clothing

an ordinance in which bread and water are blessed and passed to members of the Church to remind them of Jesus Christ and to keep the commandments. The ordinance is done by men who have the priesthood.

to give up something important for God or other people

to rescue from danger. Jesus died to save us from physical death and the dangers of sin.

books that contain the words of God given through His prophets

a talk given to a group of people about the gospel

a person who takes care of sheep 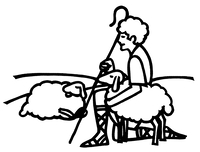 a person who does not obey Heavenly Father’s commandments

an area on the body that hurts or is bleeding

to take something that belongs to someone else

a building where Jewish people meet to worship God

money people pay to the government

God’s house on the earth; a place to worship God; a holy place where sacred ordinances are performed

to try to get someone to do something that is wrong

to tell other people that we know something is true

someone who steals from others

money given to God to build up His Church

a place where dead people are buried

to go from one place to another

that which is true and right

the main stem of a plant, such as a grape, that has winding branches coming off of it. The vine keeps the branches alive. 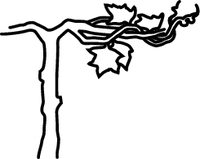 a type of revelation from Heavenly Father

a battle between enemies

the event at which a man and a woman become married

a thin cord or rope; to use a whip to hit someone or something

someone who is evil

a woman whose husband has died

a drink made from grapes

someone who is very smart and understands people, laws, and scriptures; also, someone who plans ahead

to praise, love, and obey God

a bad injury to a person’s body