Don't miss award-winning vocalists, Bernadette and Winston Charles. They will perform an evening of inspirational, classical, and Gospel music. They have performed for many nations and international audiences. 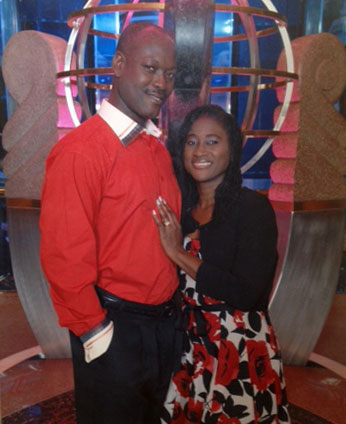 Bernadette and Winston Charles are both classically trained singers. Nevertheless, they both transcends their God given talents to a wide range of musical categories. Throughout the years, they have acquired various merits and awards, one of which was the 2003 First Place Winners of the National Talent America Award in New York. In addition, this couple has performed in Trinidad and Tobago, New York,London-England, Pennsylvania, Delaware, Virginia, and numerous locations in the Washington Metropolitan area. They have also been featured on CTV - Channel 76, Fox - Channel 5, and News Channel 9. Their ethnic roots stem from the beautiful island of Trinidad and Tobago. They have allowed the Lord to take their lives and to give them humble spirits to minister to the young and old.