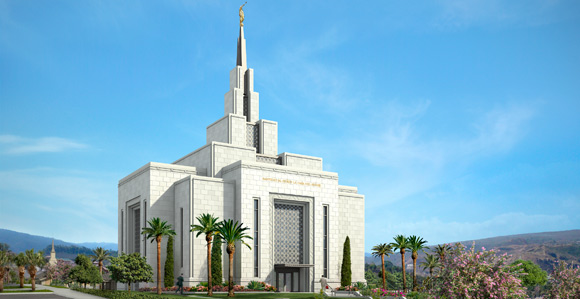 The First Presidency announced on November 30, 2012, that the Tegucigalpa Honduras Temple will be dedicated on Sunday, March 17, 2013, following a cultural celebration and three-week open house.

The open house, which is free and open to the public, will run from Saturday, February 9, through Saturday, March 2, 2013, excluding Sundays.

The temple will open to all Church members for ordinance work on Tuesday, March 19. Honduran members have traditionally traveled several hours to the Guatemala City Guatemala Temple.

The Tegucigalpa Honduras Temple will be the first temple built in the country. It was first announced by the First Presidency in a June 9, 2006, letter, and ground was broken on the current site on September 12, 2009.