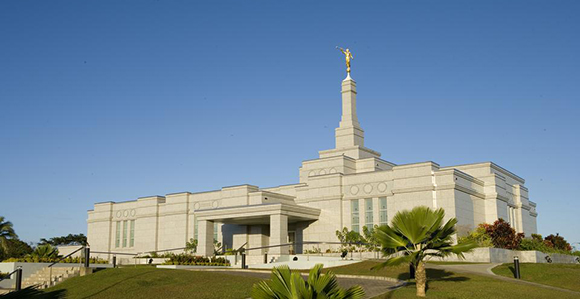 The free public open house for the Suva Fiji Temple will be January 25 through February 6, 2016. The rededication will be February 21, 2016.

The First Presidency has announced the open house and rededication dates for the Suva Fiji Temple.

The free public open house starts on Monday, January 25, and will go through Saturday, February 6, 2016. It will run every day except for Sunday, January 31.

The temple will be rededicated in three sessions on Sunday, February 21, 2016, with the cultural celebration taking place on Saturday, February 20.

The rededicatory sessions will be held at 9:00 a.m., 12:00 p.m., and 3:00 p.m. and will be broadcast to meetinghouses in the Suva Fiji Temple district. The three-hour block of meetings will be cancelled for that Sunday to allow members to participate in the rededication services.

President Gordon B. Hinckley originally dedicated the temple in June of 2000. It was one of the first temples built during the Church’s plan to locate temples closer to its members.