Scenes from the British Pageant (left) and the Nauvoo Pageant (right).

The following Church pageants are scheduled during the 2016 summer season: 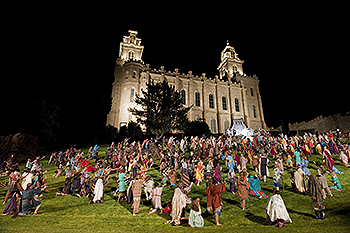 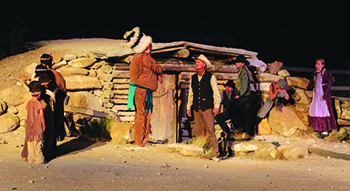 A scene from the pageant in Castle Dale, Utah. 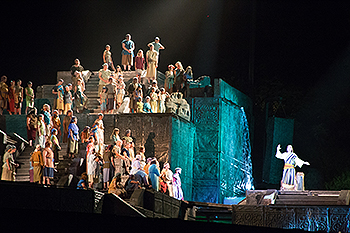 July 5–30, 2016 (excluding Sundays and Mondays)
The Nauvoo Pageant will be presented on Tuesday, Thursday, and Saturday. The British Pageant will be presented on Wednesday and Friday. Pageant performances begin at 8:30 p.m. Admission is free. No ticket is required, and no reservation is necessary.
Mulholland and Main, Nauvoo, Illinois 62354
http://www.nauvoopageant.org/ 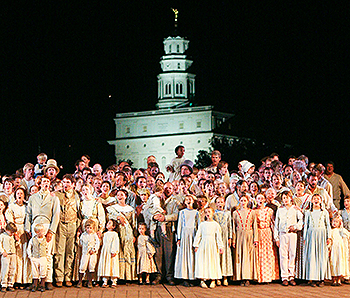 Families sing in the Nauvoo Pageant.