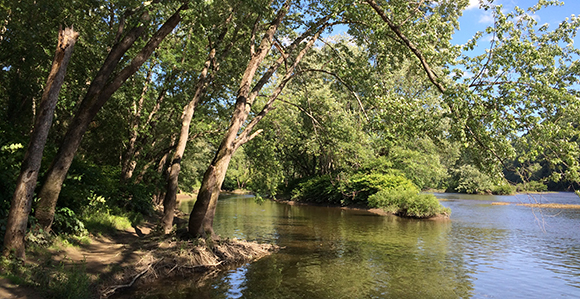 Susquehanna River, where Joseph Smith and Oliver Cowdery baptized each other on May 15, 1829, under the direction of the resurrected John the Baptist.

Dedicatory services for the Priesthood Restoration Site near Susquehanna Depot, Pennsylvania—which was recently reopened to the public following major reconstruction and development efforts—will be held on Saturday, September 19, at 11:00 a.m. eastern daylight time (EDT) at the site.

President Russell M. Nelson, President of the Quorum of the Twelve Apostles, will give the dedicatory prayer. Because of limited space, dedicatory events will be for ticket holders only. Other interested individuals and families are invited to view the services live on the ChurchofJesusChrist.org home page or via the Church satellite system. The broadcast will be archived on ChurchofJesusChrist.org for later viewing.

Located in what was historically known as Harmony, Pennsylvania, the site includes a visitors’ center and meetinghouse, the reconstructed homes of Joseph and Emma Smith and Isaac and Elizabeth Hale, the woods where John the Baptist restored the priesthood, the baptismal site at the Susquehanna River, a trails system, and new statuary.

Joseph and Emma Smith moved to Harmony in December 1827 to escape persecution for their religious beliefs. They lived with Emma’s parents, Isaac and Elizabeth Hale, until they purchased a nearby home with 13½ acres from Emma’s brother Jesse. 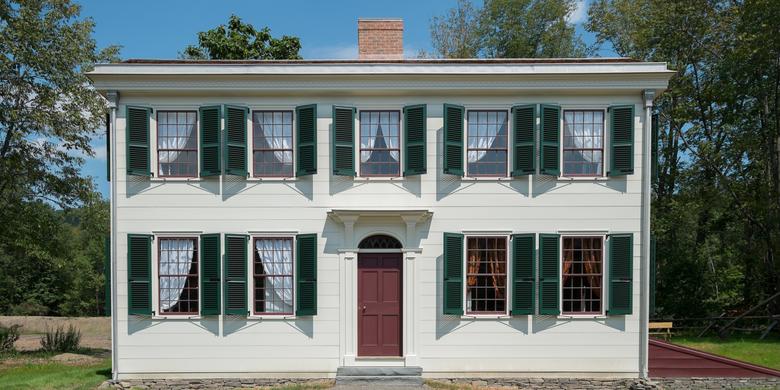 The reconstructed home of Emma's parents, Isaac and Elizabeth Hale.

In early April 1829, schoolteacher Oliver Cowdery came to meet Joseph and soon became his scribe. During the translation of the Book of Mormon, Joseph and Oliver went into the woods and prayed for guidance on the subject of baptism. In reply, the resurrected John the Baptist visited them on May 15, 1829, and ordained them to the Aaronic Priesthood. He then commanded Joseph and Oliver to baptize each other in the nearby Susquehanna River. A little later in a nearby area, the two men received the authority of the Melchizedek Priesthood from Peter, James, and John, three of Jesus Christ’s original Apostles.

Also in Harmony, Joseph received 15 divine revelations that were later included in the Doctrine and Covenants. Joseph and Emma Smith moved from Harmony in August 1830. The home they lived in burned down in 1919 and is now reconstructed as part of the site. 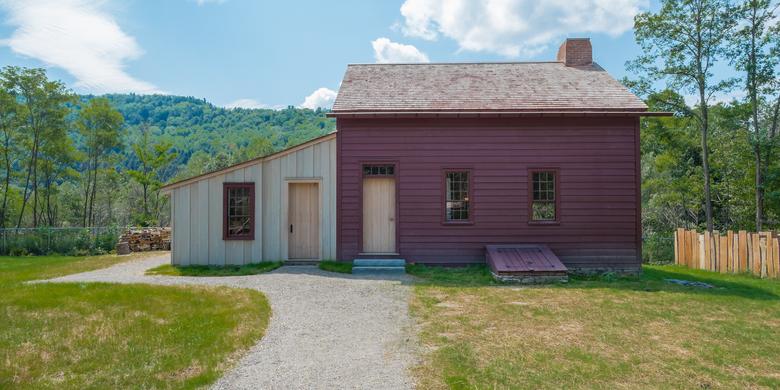 The reconstructed home of Joseph and Emma Smith.

The Church invites all interested parties to visit the Priesthood Restoration Site located near Susquehanna Depot, Pennsylvania, in the United States, just off Pennsylvania Route 171. Daily operating hours will be 9:00 a.m. to 9:00 p.m. 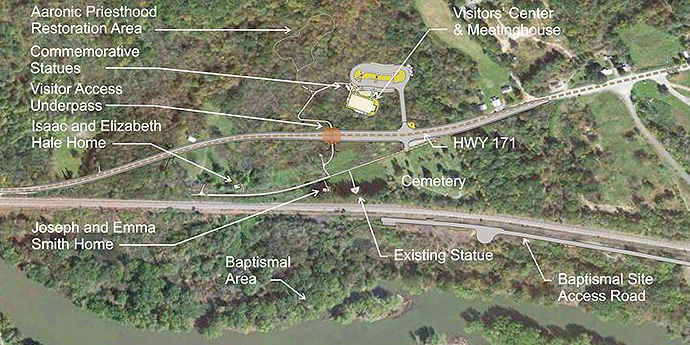