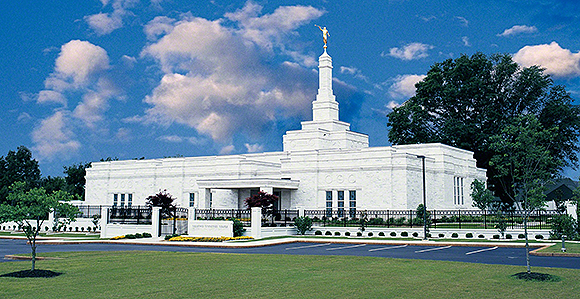 The Memphis Tennessee Temple, which will be rededicated on May 5, 2019.

The renovated Memphis Tennessee Temple of The Church of Jesus Christ of Latter-day Saints will be rededicated on Sunday, May 5, 2019.

Plans to construct the temple, located at 4199 Kirby-Whitten Parkway in Bartlett, Tennessee, were announced September 17, 1998, and Church leaders broke ground January 16, 1999. The temple was dedicated April 23, 2000, by President James E. Faust, then Second Counselor in the First Presidency of the Church. Latter-day Saints in Memphis; Little Rock, Arkansas; and Tupelo, Mississippi, are served by the temple.

The temple will be open for ordinances on Tuesday, May 14.