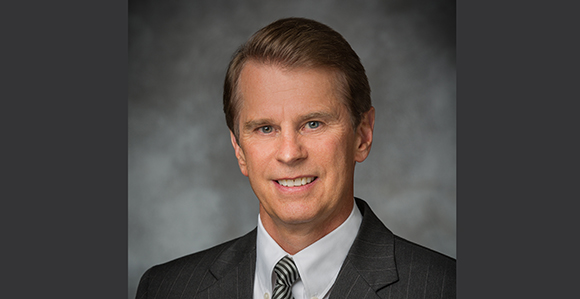 Brother Randall L. Ridd, second counselor in the Young Men general presidency, will be the speaker at a worldwide devotional for young adults January 11, 2015.

A worldwide devotional for young adults will be transmitted over the Church broadcast system on Sunday, January 11, 2015. The speaker will be Brother Randall L. Ridd, second counselor in the Young Men general presidency.

All young single adults (ages 18–30) are invited to attend. Married institute and university students are also welcome to attend. The devotional will be broadcast to many areas of the world.

The broadcast will be available on the Church satellite system, the Internet, and other media. Additional materials also are available online at devotionals.ChurchofJesusChrist.org.

Various other broadcast, cable, satellite, and Internet television and radio stations throughout the world will also carry the devotional. Check local program listings for availability in your area. See the broadcast schedule for more information.

To participate in worldwide devotional-related conversations on Twitter, use #ldsdevo.

The devotional will also be rebroadcast over the Church satellite system in 37 languages.

Video and audio recordings of the devotional in 40 languages will also be provided on devotionals.ChurchofJesusChrist.org shortly after the broadcast. Text files are added as they become available.

During a broadcast November 2, 2014, Elder Paul V. Johnson, Commissioner of Education for the Church and a member of the Seventy, announced that CES devotionals in 2015 will be called worldwide devotionals for young adults and there will be just three devotionals—one each in January, May, and September. [See related story.]

Elder Lynn G. Robbins and Elder L. Whitney Clayton, both of the Presidency of the Seventy, will also speak in 2015.

“These changes are intended to highlight the importance of each broadcast and to ensure each young adult, wherever you are and whatever your circumstance, is invited to participate,” Elder Johnson said. “We hope you will make every effort to attend each devotional and encourage others to attend with you so that you and they might have a chance to associate together, listen to counsel from our leaders, and receive personal revelation and direction.”