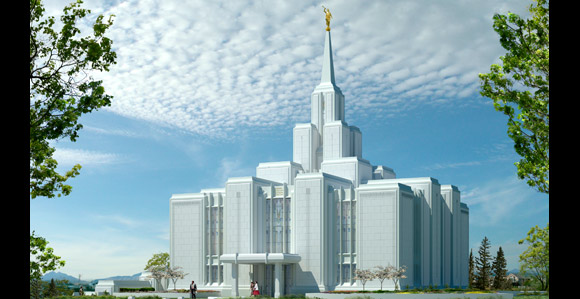 The public is invited to visit the newly completed Calgary Alberta Temple during an open house from September 29 through October 20, 2012, excluding Sundays and Saturday, October 6. Free reservations for the open house can be made through calgarymormontemple.org in the coming weeks.

The temple will be formally dedicated on Sunday, October 28, 2012, in three sessions. In conjunction with the dedication of the temple, there will also be a cultural celebration featuring music and dance on Saturday, October 27, 2012.

The Calgary Temple will be the eighth in Canada and the third in Alberta; the Cardston Temple opened in 1923 and the Edmonton Temple in 1999. There are currently 137 temples worldwide and 29 announced or under construction.

President Thomas S. Monson announced the Calgary Temple on October 4, 2008, during general conference. Ground was broken for the temple on Saturday, May 15, 2010.