Broadcast to Commemorate 100 Years of Seminary 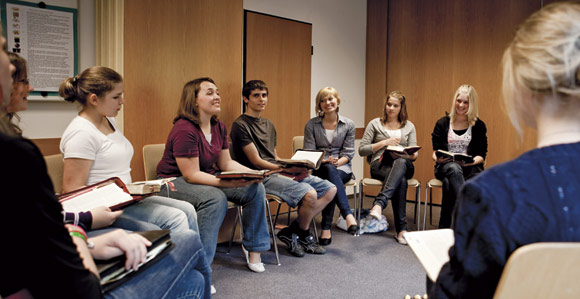 A special program, “Commemorating 100 Years of Seminary,” will be broadcast over the Church satellite system, the Internet, and other media systems at 6:00 p.m. mountain standard time on Sunday, January 22, 2012, with subsequent rebroadcasts to many areas of the world.

All seminary-age youth, their parents, youth leaders, and seminary teachers are invited to participate by watching the broadcast in local meetinghouses with satellite equipment. The broadcast will originate from the Conference Center in Salt Lake City, Utah. President Boyd K. Packer, President of the Quorum of the Twelve Apostles, will be the featured speaker.

Selected stakes from Davis, Salt Lake, and Utah counties have been invited to attend the broadcast in the Conference Center (tickets have been distributed). All others should gather in local meetinghouses to participate.

The live commemoration program will be broadcast in English and ASL to Church meetinghouses, and a rebroadcast in those same languages will follow at 8:00 p.m. mountain standard time.

During the following week the program will be rebroadcast to many areas of the world in dozens of languages.

Audio and video files of the broadcast in additional languages will be archived at seminary.ChurchofJesusChrist.org/100years following the broadcast.