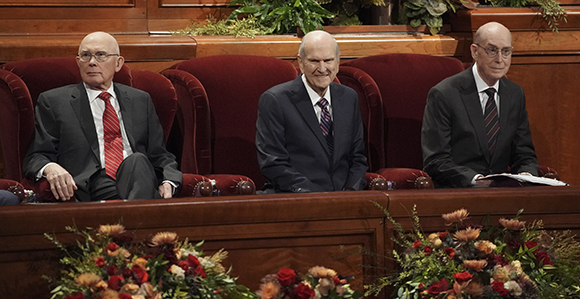 A member of the high council will now serve as the stake Sunday School president and may serve with or without counselors and a secretary. He may serve on the stake Aaronic Priesthood–Young Women committee.

Change of “Auxiliary” to “Organization”

The following General Authority Seventies were released and given emeritus status:

The following Area Seventies were released:

And the following men were called as Area Seventies:

“Gender” in The Family: A Proclamation to the World refers to “biological sex at birth” (Dallin H. Oaks, Oct. 2, General Conference Leadership Meeting).