Elder Claudio R. M. Costa was sustained as a General Authority Seventy of The Church of Jesus Christ of Latter-day Saints on April 2, 1994. He was released October 5, 2019. He has served in the Presidency of the Seventy and as President of the South America North, Brazil North, and Brazil Areas. Elder Costa has also served in the presidencies of the Brazil and South America South Areas, and as President of the North America Southeast Area. He served at Church headquarters as an Assistant Executive Director in the Missionary Department and as a member of the Boundary and Leadership Change Committee.

He studied marketing in São Paulo as a young man and later served for 13 years in various positions in the Church Educational System. At the time of his calling as a General Authority, he was the director of the Church’s institute of religion in São Paulo.

He has served the Church as an institute and seminary teacher, counselor in a bishopric, bishop, stake high councilor, counselor in a stake presidency, mission president, and regional representative.

Claudio Roberto Mendes Costa was born in Santos, Brazil, on March 25, 1949. He married Margareth Fernandes Morgado in September 1978. They are the parents of four children. 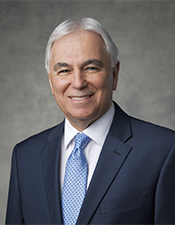