Elder Bradley D. Foster was sustained as a General Authority Seventy of The Church of Jesus Christ of Latter-day Saints on April 4, 2009. He was released on October 5, 2019. He has served in the South America South Area Presidency and in the North America Southwest Area. He also served as Executive Director of the Family History Department.

Elder Foster attended Ricks College focusing on preveterinary studies. In 1971 he started his own company, Foster Agri Business. He has served as a member of the Idaho Potato Commission, on the board of directors for Farm Credit Bank, and on the President’s Advancement Council at BYU–Idaho.

Elder Foster has served in numerous Church callings, including full-time missionary in Texas, bishop, stake president, and president of the California Arcadia Mission (1992–1995).

Bradley Duane Foster was born in Rigby, Idaho, on March 5, 1949. He married Sharol Anderson in May 1971 in the Idaho Falls Temple. They are the parents of four daughters. 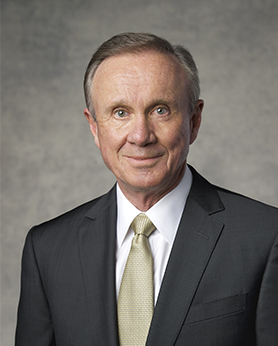