Elder Kim B. Clark was sustained as a General Authority Seventy of The Church of Jesus Christ of Latter-day Saints on April 4, 2015. He was released on October 5, 2019. At the time of his call he had been serving as the president of Brigham Young University–Idaho since 2005. He served as a member of the Fifth Quorum of the Seventy, Idaho Area, from 2007 to 2014. He also served as the Commissioner of the Church Educational System.

Elder Clark received a bachelor of arts, a master of arts, and a PhD, all in economics, from Harvard University. He became a faculty member at the Harvard Business School in 1978 and was named dean of that school in 1995. He served in that capacity until the summer of 2005, when he was named the president of Brigham Young University–Idaho.

Elder Clark has served in a number of Church callings, including full-time missionary in the South German Mission, elders quorum president, ward executive secretary, counselor in a bishopric, bishop, high councilor, and counselor in a stake mission presidency.

Kim Bryce Clark was born in Salt Lake City, Utah, on March 20, 1949. He married Sue Lorraine Hunt in June 1971. They are the parents of seven children.

All General Conference talks by Kim B. Clark 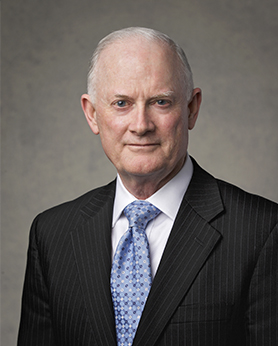