Elder Donald L. Hallstrom was sustained as a General Authority Seventy of The Church of Jesus Christ of Latter-day Saints on April 1, 2000. He was released on October 5, 2019. He served as a member of the Presidency of the Seventy from April 4, 2009 to August 1, 2017. He also served as the Executive Director of the Priesthood and Family Department at Church headquarters.

Elder Hallstrom graduated from Brigham Young University with a bachelor’s degree in economics. At the time of his call to full-time Church service in 2000, he was president of the Hallstrom Group, Inc., a real estate consulting organization based in Honolulu, Hawaii. He has held various professional designations and certifications and also served as an expert witness in state and federal courts.

Elder Hallstrom has served the Church as a full-time missionary in England, elders quorum president, stake high councilor, bishop, stake president, and regional representative. He was called as an Area Authority in 1995 and as an Area Seventy in 1997.

Elder Hallstrom was born in Honolulu, Hawaii, on July 27, 1949. He married Diane Clifton in July 1972.  They are the parents of four children. 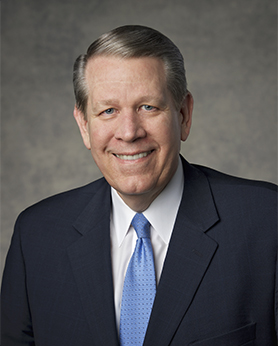