Elder Wilford W. Andersen was sustained as a General Authority Seventy of The Church of Jesus Christ of Latter-day Saints on April 4, 2009. He was released October 5, 2019. At the time of his call, he had been serving as a member of the Sixth Quorum of the Seventy in the North America Southwest Area. Elder Andersen served in the Caribbean Area Presidency for five years, serving as Area President for the last two years. He also served in the Temple Department at Church headquarters and had leadership responsibilities for the Middle East/Africa North Area and the Idaho and North America Central Areas of the Church.

Elder Andersen received a bachelor’s degree in business management in 1973 and a juris doctor degree in 1976, both from Brigham Young University. He was a managing partner of Andersen Investments at the time of his call as a General Authority.

Elder Andersen has served in a number of Church callings, including full-time missionary in the Argentina South Mission, bishop, high councilor, stake president, president of the Mexico Guadalajara Mission (2002–2005), and Area Seventy.

Wilford W.  Andersen was born in Mesa, Arizona, on August 22, 1949. He married Kathleen Bennion in April 1975. They are the parents of nine children.

The Music of the GospelApril 2015 General Conference

The Rock of Our RedeemerApril 2010 General Conference 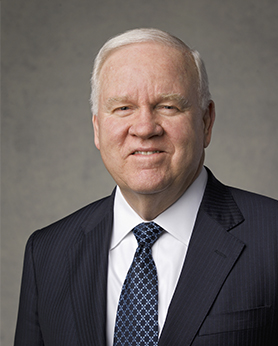