The Twelve and the Seventy, Part Three: Witnesses to the World

Note: In this final of a three-part series, President Boyd K. Packer of the Quorum of the Twelve Apostles; Elder Ronald A. Rasband, Senior President of the Seventy; and several Area Seventies share their witness that the work of the Church is the Lord’s work, that there are living prophets and apostles, and that through them Jesus Christ directs His Church today.

All members of the Church are, by covenant, witnesses of Christ, President Boyd K. Packer of the Quorum of the Twelve Apostles said in an interview about the role of the Twelve and the Seventy conducted by Elder Ronald A. Rasband, Senior President of the Seventy.

Noting that at baptism we promise to always remember Him, President Packer said, 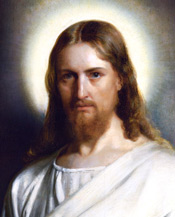 “Everything we do, we do in His name. Every prayer that is offered at the table or the four-year-old [who prays] concludes the prayer ‘in the name of Jesus Christ, amen.’ Every sister teaching a Sunday School or Primary class ends her teaching in that name, and that is His name. As the scriptures say, ‘For by this name shall ye be called at the last day,’ even ‘the name of Christ’ (3 Nephi 27:5). So the name is the key word.”

Because they are called to be special witnesses of Jesus Christ to all the world, members of the Quorum of the Twelve Apostles have a solemn and sacred responsibility to fulfill in always remembering Him, President Packer noted. But so do the Seventy.

In the Name of Christ

“The difference between especial and special is in the spelling, and it really does not mean anything more than that. To be a special witness of the name of Christ means that you have that witness and that authority that is unfailing, and it will be with you everywhere in the world.” 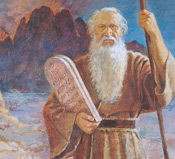 He recounted a scriptural passage from the Pearl of Great Price. “Moses was carried away and saw all the Creation from beginning to end. He was so overcome that he was just overcome! He lay, I do not know for how long. But when he came to himself, the first thing he said [was], ‘Now, for this cause I know that man is nothing, which thing I never had supposed’ (Moses 1:10).”

Satan tried to deceive Moses, President Packer said, but Moses said, ‘I can tell the difference between you and what you should be’ (see v. 15).” Three times he told Satan to depart, but he would not leave. “And then finally he said, ‘In the name of the Only Begotten, depart hence, Satan’ (v. 21). And he departed.”

President Packer commented, “And that is the power. … That is a power that we do not use flippantly or foolishly. But it is there, and it is the consummate power on this earth.”

Elder Rasband pointed out that “under the keys and the witness of the Twelve, the Seventy have that same power that you are describing now,” and President Packer responded, “That was not talked about until just in our generation, what could a Seventy do out there.” But, he said, there is an answer to the question: “He could do anything that he is assigned to do.”

Elder Rasband pointed out that this means all 320 Seventies throughout the world have that same authority and power to witness in the name of Christ, and President Packer told of an incident that occurred during the early days of the restored Church: “[Brigham Young] was going to ordain some Seventies, and [Joseph Smith] said, ‘Be sure and give them the apostolic authority.’ 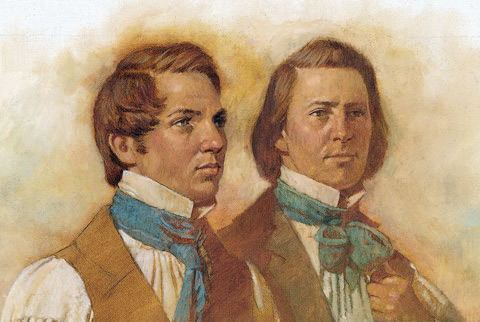 “So when a Seventy is ordained, either General Authority or the Area Seventies,” President Packer continued, “they have conferred upon them the apostolic authority. There are privileges that belong to all the offices in the priesthood. The teacher can do some things that the deacon can do, and the deacon cannot do what the priest can do, but a priest can do everything that a teacher and a deacon can do. And so it is that one with the apostolic authority can do anything.

“It is clear they are not Apostles ordained as such in the office, but they have conferred upon them that authority. So we do not lack for sending somebody somewhere to do something that has to have that authority.”

And clearly that authority includes the responsibility to bear testimony of the restored gospel, of living prophets and apostles, and of Jesus Christ, the Savior of the world.

The video that accompanies this article includes excerpts from Elder Rasband’s interview with President Packer, as well as statements from several Area Seventies.

This is the third of three articles about the Twelve and the Seventy.

The Saga of the Seventy

Read additional articles on the history and role of the Seventy.

President Boyd K. Packer has been serving as a General Authority for 50 years. Here are some of his recent addresses: