In an attempt to control the spread of COVID-19, missionaries are being trained by remote videoconference rather than travel to The Church of Jesus Christ of Latter-day Saints’ 10 missionary training centers. Photo by Laura Seitz, Deseret News.

In these days of COVID-19 pandemic restrictions and stay-at-home mandates, much of the Church’s missionary training experience remains the same.

New missionaries are assigned to companions, districts, and zones. They meet each other and instructors for classes, splitting off for companionship or small-group interactions. They participate in devotionals, Sunday gospel study, and a weekly preparation day.

And yet training missionaries now is so different.

Instead of missionaries gathered in the Church’s 10 missionary training centers worldwide, new missionaries can be found in literally hundreds of “MTCs” across the globe, as training has gone online as one of a number of missionary adjustments due to the coronavirus pandemic. Companion study and classes are done through videoconferencing, and a new missionary’s own residence becomes his or her “virtual MTC.”

Today’s at-home training is the realization of a statement less than a year ago by Elder David A. Bednar of the Quorum of the Twelve Apostles as he summarized in April 2019 general conference the basic implications of gospel learning becoming increasingly home-centered and Church-supported: “The ultimate missionary training center is in our homes; secondary missionary training centers are located in Provo, Manila, Mexico City, and in other locations.”

Said Elder Brent H. Nielson, a General Authority Seventy and Missionary Department executive director, of training through online technology: “Virtual MTC training is following a similar pattern. It is quite amazing to watch.”

The Church News takes a brief look at today’s online missionary training—from the perspectives of the Missionary Department, training missionaries, instructors, and families.

With traditional training at the Church’s 10 MTCs now suspended, new missionaries are being trained online by instructors working either from their own home or from an MTC classroom.

“There’s really no difference in the type of things that are going on online than had happened face to face with missionaries, except they’re not face to face,” said David N. Weidman, Missionary Department managing director.

By the end of this week, those numbers will be 1,400 missionaries and 8 of 10 MTCs, involving some 410 instructors, he added. The numbers will increase until an expected peak is reached in about seven weeks.

“We are trying to provide the standard MTC experience in a new and amazing way, including training on doctrine, missionary skills, language, and more,” Mills said.

Districts are composed of 8 to 12 missionaries—just as at an MTC. Missionaries are assigned an online companion and participate in teacher-led instruction, practice activities, large-group instruction, and breakouts in small groups and companionships, he said. The training schedule includes daily personal and companionship study and daily assignments to complete, with a weekly preparation day and the chance to participate in Sunday worship in the missionary’s own home. 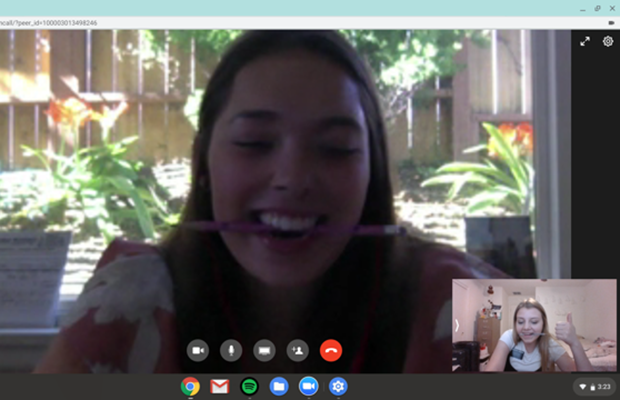 Sister Hannah Hargrave of San Tan Valley, Arizona, began her training on March 18, disappointed that her six-week preparation to serve in the Spain Madrid Mission wouldn’t be at the Provo MTC as expected. Disappointment and tears were comforted by prayers and a father’s blessing as her at-home training began online.

Her first email home to family and friends indicated she found the joy and power of the virtual MTC, along with a sprinkling of humor.

“I made it safely to the MTC, and I love it here. If we’re being honest, though, my roommates are loud and a little odd,” she wrote. “Being able to be set apart as a full-time missionary, name badge and all, at home with my family is the coolest thing ever (and always having access to snacks doesn’t hurt).”

She outlined a typical day—a three-hour class with her district over Zoom; then personal study; then FaceTime study with her companion, Sister Amy Noval from Dana Point, California, also assigned to Spain; then language study; and finally another three-hour district class until about 8:00 p.m.

“The lessons and devotionals I’ve had this last week have been some of the most spiritual things I’ve ever experienced,” she wrote. “There truly is power in doing the Lord’s work. I was worried at first that I would miss out on feeling the Spirit as strong as I would if I were at the actual MTC, but I truly believe it is the same. When we are on the Lord’s errand, we are entitled to the Lord’s help, and I’ve definitely felt that.”

One concern was missing out on creating strong bonds with others in a traditional MTC classroom, Sister Hargrave acknowledged to the Church News.

“I’ve noticed that although it’s different and will take longer, I’ve still been able to get to know them and love them,” she said of those in her virtual classroom. “I’m looking forward to the rest of the weeks we have together to get to know them.”

In a recent anonymous survey by the Missionary Department on the online training experience, other missionaries offered:

Kimber Young, a Provo MTC instructor and returned missionary from the New York New York South Mission, teaches Mandarin Chinese to an online class of six new missionaries situated in homes across the United States and who are assigned to serve in Taiwan and U.S. missions.

She misses the in-person interactions and combined presence of missionaries at an MTC. “It is inspiring to see the sheer amount of missionaries at the MTC who spend every minute of every day striving for the same purpose: to bring others to Christ,” she said. “In the virtual MTC, it is the same thing, but my missionaries aren’t physically surrounded by people from all over the world who have that same purpose.”

Provo MTC instructors initially anticipated concerns ranging from scheduling to technological issues when moving to online training, but the transition has been quite seamless, Young noted.

“The process has honestly felt incredibly smooth,” she said, adding her surprise at how much more the missionaries are willing to participate. “The discussions we have are filled with the Spirit, and it seems like the missionaries feel even more comfortable expressing themselves over the medium of technology.”

One of her elders told her that after participating his first day in the class, he wanted his room to be a place where he could feel the Spirit. So before the second day, he deep-cleaned his room.

“He said it made a big difference in how he could focus in class and act like a missionary in general and have it be a place where he could learn from the Spirit,” Young said. “He even showed me how clean it was on his screen. For me, this was a testimony builder because it helped me see the practical applications of living a Christ-centered life.

“I believe this generation of missionaries are going to be the best we have ever seen simply due to the fact that they are learning now—in their comfortable home environment—what it means to be a disciple of Jesus Christ and what they really need to change to live up to that standard.” 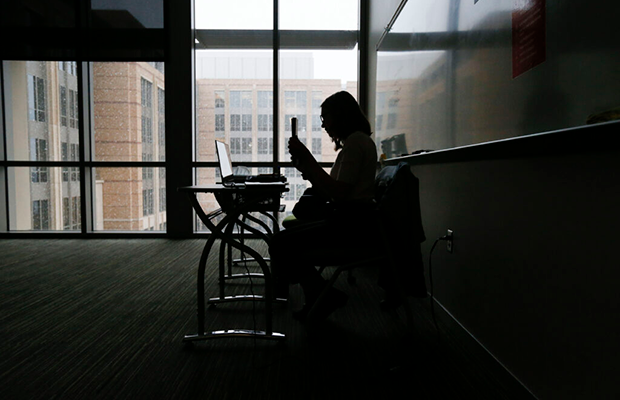 Sister Hargrave is the second of Jim and Wendy Hargrave’s children—and their second missionary to be affected by COVID-19-related adjustments to missionary service. Elder Adam Hargrave, her older brother who is serving in the Utah Ogden Mission, had his release date moved up from October 2020 to July 27.

Jim Hargrave expresses “how wonderful it is to have her spirit and a missionary still” with Sister Hargrave training in their San Tan Valley home.

“We try to be quiet and not interrupt her during training,” he said, commenting of noticing after the first week her personal growth and increased understanding of the Spanish language. “She is following all of the rules as if she were in the MTC. She even goes to bed on time, which honestly was our only concern.”

He added: “I believe it takes special missionaries to be disciplined enough to make a bedroom, office, or small space in a home their extension to the MTC.”

Hannah Arnold of Eagle Mountain, Utah, documented with photos her family accompanying her daughter Sister Aubrey Arnold as she “entered” the MTC on March 25. Sister Arnold has been assigned to serve in the Nevada Las Vegas West Mission.

“The silver lining to all of this is getting to be part of her MTC experience and seeing her start to grow as a missionary,” Hannah Arnold said. “It’s been a very sweet experience.”