Elder David A. Bednar was ordained and set apart as a member of the Quorum of the Twelve Apostles of The Church of Jesus Christ of Latter-day Saints on October 7, 2004. Prior to his call to the Quorum of the Twelve, Elder Bednar served as an Area Seventy, Area Authority Seventy, Regional Representative, twice as a stake president, and as a bishop.

Elder Bednar was born on June 15, 1952, in Oakland, California. He served as a full-time missionary in Southern Germany and then attended Brigham Young University, where he received a bachelor¹s degree and a master¹s degree. He also received a doctoral degree in organizational behavior from Purdue University.

After completing his education, Elder Bednar was a professor of business management at Texas Tech University and at the University of Arkansas. He then served as the president of Brigham Young University­-Idaho (formerly Ricks College) from 1997-2004.

Elder Bednar married Susan Kae Robinson in the Salt Lake Temple on March 20, 1975, and they are the parents of three sons.

Gather Together in One All Things in ChristOctober 2018 General Conference

Called to the WorkApril 2017 General Conference

Always Retain a Remission of Your SinsApril 2016 General Conference

All General Conference talks by David A. Bednar 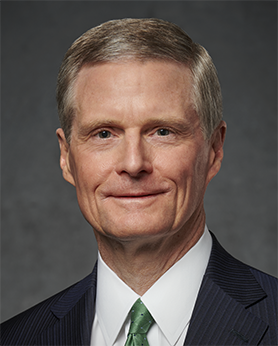