Updated: Shortened Length of Service for Missionaries Returning to the U.S. and Canada 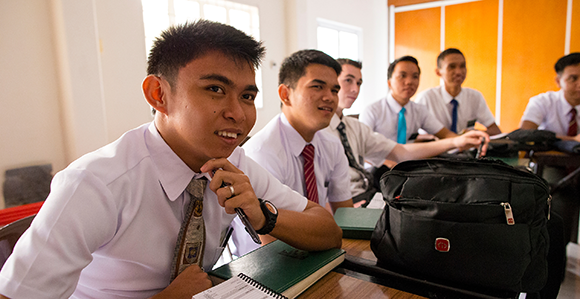 A group of missionaries in the Philippines in a class together learning and teaching.

A specific shortening of length of service for full-time missionaries returning from international assignments to the United States and Canada is among the additional adjustments to missionary service made by Church leaders.

Elders and sisters originally called to international assignments who are returning to the United States and Canada and who have completed at least 18 months or 15 months respectively will be released, according to a March 26 letter from the First Presidency and the Quorum of the Twelve Apostles.

The letter states also where possible, in some areas of the world, missionaries will remain and complete their regular term of service.

Also, elders who are currently serving in the United States and Canada who are scheduled to complete their service on or before September 1 will be released when they have served 21 months.

The letter also states further adjustments could be made as leaders evaluate changing conditions.

“To all missionaries who have served and are continuing to serve in these unique circumstances we express our deep gratitude,” the letter concludes. “We love and pray for our missionaries and their families. We are grateful for the continued prayers and support of parents, loved ones, and Church members as we make every effort to help them remain safe and well in these challenging times.”