All 10 MTCs are Closing, Nonnative Missionaries to Return from Mexico, Vietnam, and India

An area at the entrance of the Mexico Missionary Training Center. Photo by Ravell Call, Deseret News.

All 10 of the Church’s missionary training centers are temporarily closing, and more nonnative missionaries are returning from missions worldwide, as the Church updated on Monday, March 23, its adjustments for missionary service because of global health concerns.

“Over the next week or so, all missionaries at the Church’s 10 MTCs worldwide are in the process of traveling to their missions or returning home to self-isolate,” said Church spokesman Daniel Woodruff. “All impacted missionaries and their families are receiving information regarding travel dates and other logistics, including details of their new assignments if they were originally planning to serve outside their home country.”

Also, as of March 22, nonnative missionaries serving in Mexico, Vietnam, and India are now in the process of returning to their home countries, following those who are returning or have returned from missions in Africa, the Philippines, Korea, and Mongolia, as identified earlier.

Those asked to self-isolate for 14 days at home are to follow instructions from the World Health Organization and the United States Centers for Disease Control and Prevention.

However, “in the coming weeks, based upon world conditions, substantial numbers of missionaries will likely need to be returned to their home nations to continue their service,” according to a March 20 letter from the First Presidency and Quorum of the Twelve Apostles on additional temporary missionary service adjustments. “The term of service for missionaries returning to or serving within the United States will likely be reduced to accommodate the large number of missionaries returning from around the world.”

The letter announced that substantial numbers of full-time missionaries serving in nations other than their own would be returning to their home countries and that missionary training centers worldwide would not be receiving new missionaries.

All missionaries scheduled to begin their training will be trained remotely through technology.

“We take very seriously the health and safety of our missionaries and of those they teach,” the letter stated. “The rapidly developing travel advisories and restrictions that are emerging around the world present significant logistical and other challenges.” 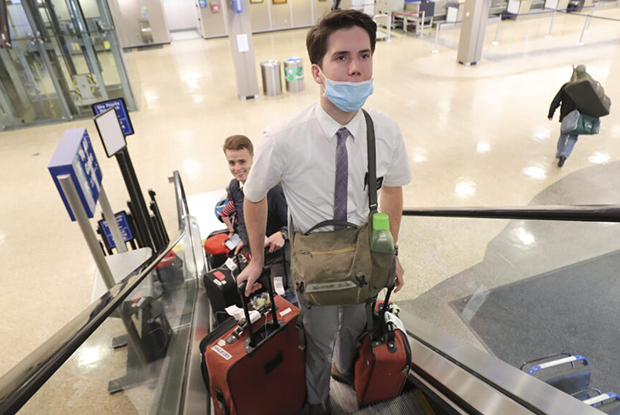 Elder Ethan Bird wheels his luggage at the airport as hundreds of missionaries from The Church of Jesus Christ of Latter-day Saints return from the Philippines to Salt Lake City International Airport on Sunday, March 22, 2020. Photo by Jeffrey D. Allred, Deseret News.

Church leaders announced in a March 16 communication that young missionary elders currently serving in missions within the United States and Canada who would complete their mission on or before September 1, 2020 may be released after they have served for 21 months. The length of service for sister missionaries serving in the United States and Canada will not be impacted by the adjustments.

In following days, the Church announced nonnative missionaries serving in the Philippines, in 26 of Africa’s 34 missions, and on islands other than Guam in the Micronesia Guam Mission were returning to their home countries. A half-dozen chartered planes delivered missionaries to Salt Lake City and elsewhere in the United States on Sunday, March 22.

Prospective missionaries who are preparing to serve in Japan, Korea, Cambodia, Singapore, or Thailand or who come from those countries will either postpone their start date or receive a new temporary assignment. All missionaries have been removed earlier from the China Hong Kong Mission. 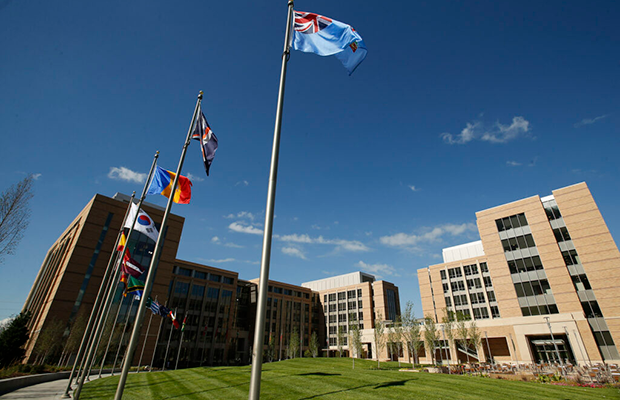