My Strength and My Song 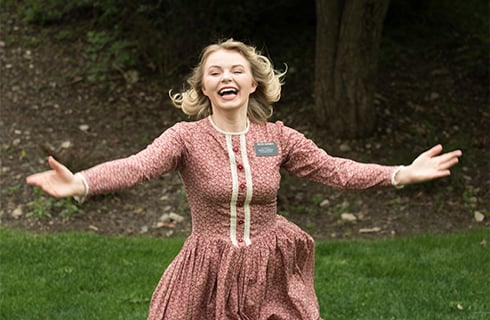 Sister Calee Gardner is no stranger to serving missions. She’s already served two—one as a full-time missionary in the Alpine German-Speaking Mission and one as a performing young Church-service missionary in Nauvoo, Illinois.

When Calee was 10, she visited Nauvoo with her family and felt a desire to serve a performing mission there. Then, at age 14, an experience with the Book of Mormon strengthened her testimony, and she decided to serve a full-time mission as well.

When she returned from her full-time mission, she knew the time was right to apply for the young Church-service mission. Unlike most young Church-service missions, the application process to be a young performing missionary in Nauvoo is quite involved. It includes a series of auditions and interviews. But like all other missionary service in the Church, it’s about heart and testimony and using a unique set of talents and abilities to share the gospel of Jesus Christ.

After completing the application process, Calee was selected to be one of 24 stage young performing missionaries for the summer of 2017. As part of her service, she performed in one of three casts for multiple shows in Nauvoo, including the Nauvoo Pageant, held in July. She was also a member of a group called the Nauvoo Singers, which traveled to various sites in Nauvoo and Carthage to sing to visitors.

For Calee, this mission was a time of growth as she saw the Lord’s hand in her efforts. The Spirit often bore witness of the testimony she sang during shows. The Spirit also guided her and the other Nauvoo Singers in the impromptu performances they gave. “You would know what you were supposed to sing,” she shares. “You wouldn’t know what that person had come through, but you would feel what song was needed.” She was able to connect personally with visitors through the music.

One notable and humbling experience for Calee came three weeks into her missionary service: She lost her voice. She questioned why she would be called as a young performing missionary and then struggle to use her talent. Sometimes she couldn’t even sing hymns at church. But through this challenge, she learned to rely on the Lord. And even though she didn’t feel like she was always at her best, she was always able to do the shows. This experience shifted her focus from herself as a performer to the power of the message she was sharing.

She related this experience to some specific counsel in Preach My Gospel about learning a language on a mission. It states: “As your ability to speak the language grows, people will listen more to what you say than to how you say it. You will be less worried about how to communicate the feelings that are in your heart.” Calee felt that as she focused on what she was saying (or in her case, singing), rather than how she was saying it, the Spirit bore witness of her testimony through her mission language—music.

Calee’s favorite scripture is 2 Nephi 22:2: “Behold, God is my salvation; I will trust, and not be afraid; for the Lord Jehovah is my strength and my song; he also has become my salvation.” As a performing young Church-service missionary in Nauvoo, Sister Calee Gardner knew that the Lord was her strength and her song as she testified of Him through music.

Whatever your talents and abilities, consider using them to serve a young Church-service mission. Explore opportunities today. 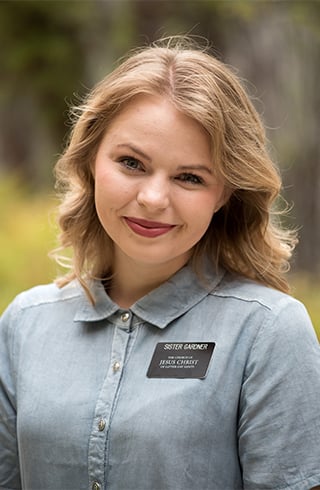