The Lord Loves His Missionaries 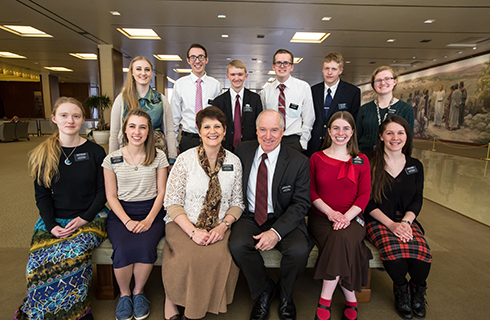 Ask Elder Michael Vellinga what he and his wife, Pam, have learned during their last five years of missionary service, and they will tell you, “The Lord loves His missionaries.” It doesn’t matter where a missionary is called to serve, or in what capacity, the Lord is mindful of and needs every missionary serving in His Kingdom.

Elder and Sister Vellinga should know. In 2012, they left their home and grown children so that Elder Vellinga could serve as president of the Ohio Cleveland mission. During that time, they watched as, time after time, the Lord guided the efforts of His missionaries and helped them learn and grow as they served.

Shortly after returning home from this mission, Elder and Sister Vellinga were extended another opportunity to serve. This time, they would be Church-service missionaries coordinating the young-Church service missionary program of the Church, a program designed to broaden missionary opportunities for worthy 18- to 25-year-olds whose circumstances do not permit them to serve full-time proselyting missions.

And that same compensation has happened for the Vellingas. Sister Vellinga shared that there were times on their mission in Ohio when they would go to bed at night not knowing if they could make it through the challenges they faced. But then they would wake up in the morning and realize it would all work out. She would say, “We don’t know how to do this, but we will just start.” And as they did, the inspiration would come and everything would fall into place.

For the Vellingas, the promise in Doctrine and Covenants 4:3 is real: “If ye have desires to serve God ye are called to the work.” As Elder Vellinga points out, “The work has many facets. If you have a desire to serve God, you can. Regardless of your circumstances, you can.” And wherever and however you are called to serve, God will use you and He will bless you because He loves all His missionaries.