A quick act of faith on a prompting to serve a mission brings answered prayers, and many miracles. 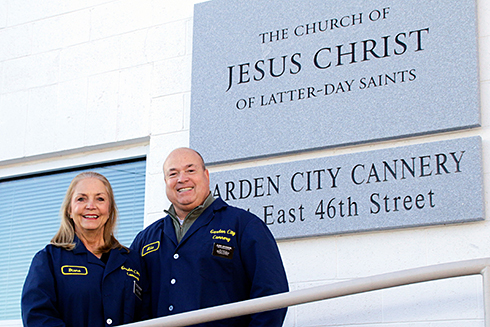 Witnessing the Lord’s hand in staffing crucial outreach positions is a great blessing for Church-service mission (CSM) coordinators—especially those positions that appear impossible to fill.

Elder Jim and Sister Renee Keller are CSM coordinators in the Boise, Idaho, area. Throughout the summer they plotted and searched to find a replacement for the manager of the home storage area of the Garden City cannery, who was scheduled to be released on August 1. The Kellers worked with area stake presidents, mined their contacts and connections, and recruited far and wide. After two and a half months of racking their brains—nothing. 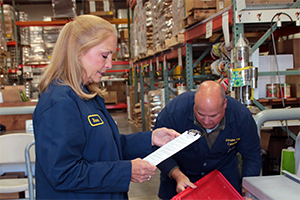 With just two weeks left before the deadline, a local bishop called the Kellers. A couple in his ward had come to him and said they were impressed to serve a mission and live at home. The couple introduced themselves, and the bishop arranged an interview . Mike and Diane Stevenson could not have been better suited for the position. They reported to the cannery a week early so they could learn the lay of the land. Mike brought his skills as a retired Green Beret to run the physical part of the operation with military crispness (and he got to drive the forklift). Diane contributed her social skills to interact with and assist the home storage customers.

“This experience in particular touched our hearts,” said Elder and Sister Keller. “After much searching and praying, we seemingly had no answer. And then we witnessed a special couple [who] was impressed to step forward just in time, saying they would like to serve and ask how they could help. We had the opportunity to witness the Lord’s hand in this work.”