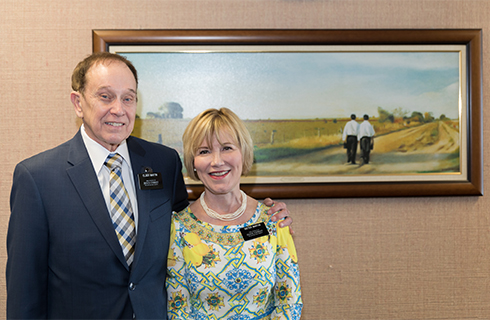 In 2011, President Dieter F. Uchtdorf declared, “Imagine how the world will be blessed and transformed for good when all members of the Lord’s Church live up to their true potential—converted in the depth of their souls and committed to building the kingdom of God” (“Brother, I’m Committed,” Ensign, July 2011, 5).

As Church-service missionaries serving in the office of the Colorado Denver North Mission since 2015, Elder Rick and Sister Sheilah Martin are part of that force for good.

But what makes their story unique is that they were baptized only one year before their Church-service mission began.

After retiring, the Martins moved from South Carolina to Colorado in 2010 to be near their son and grandson. A couple years later, sister missionaries knocked on their door—which happened to be next door to an LDS chapel—and shared the gospel with them. Elder Martin was baptized after he received an unmistakable answer from God that the Book of Mormon was true and that Joseph Smith was a prophet. With a quiet conviction of her own, Sister Martin followed a few months later. Since that time, they have been fully committed to the Lord and to building His kingdom. 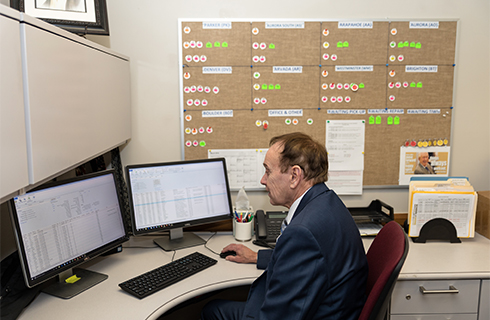 Shortly after they were sealed in the Salt Lake Temple in April 2015, the Martins wondered how they could serve the Lord more fully. They filled out paperwork to be temple workers, but the mission president and the stake president had something else in mind.

Sister Martin serves in the office five days a week, from 8:00 a.m. to 3:15 p.m., allowing her to watch her grandson after school thanks to the flexibility of a Church-service mission. Elder Martin also serves five days a week. But he points out, “It’s totally different than working for money. It’s so satisfying.” 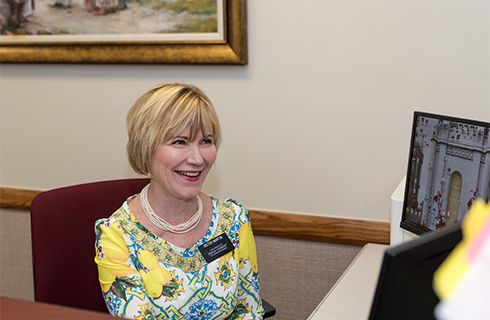 When it comes to their commitment to the Lord, the Martins are all in. When they’re not fulfilling mission responsibilities, they are serving in other callings. Sister Martin serves as the Personal Progress leader for the young women in their ward while Elder Martin serves as both the ward mission leader and, on Saturdays, a temple ordinance worker.

Elder and Sister Martin can’t deny the blessings they have received because of their service. For one, their testimonies of Jesus Christ and His Church have grown as they’ve been involved in missionary work. Not only do they learn more about the gospel as they serve and talk with fellow missionaries, but they also get to participate in regular gospel training through zone conferences, missionary lessons, and mission tours with visiting General Authorities. They engage in gospel-centered activities six to seven days a week.

They have also seen blessings in their family. Sister Martin hadn’t been in touch with her siblings in years. But since she joined the Church and started her Church-service mission, her family has reconnected.

When asked what they would tell other seniors considering a Church-service mission, Sister Martin enthusiastically says, “I can’t imagine anyone who’s retired and doesn’t have other commitments who wouldn’t do this. It strengthens you spiritually and socially. It’s rewarding work.” Elder Martin agrees. “It’s just the happiest I’ve ever been in my life.”

If you are interested in learning how you can show your commitment to the Lord and find that same happiness, explore Church-service mission opportunities today.