Discovering the Path to Rich Blessings 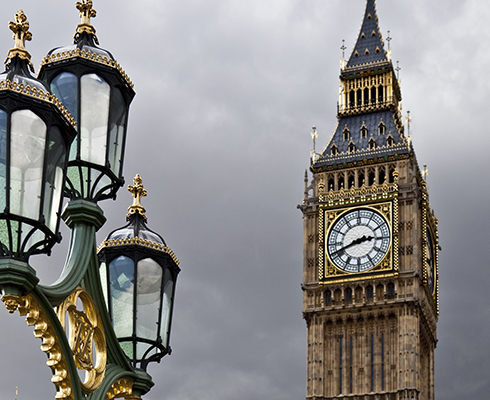 Growing up in London, England, Alana McCormack thought she had her path figured out. As a young girl, she watched countless missionaries serve in her home ward, often joining her and her mother for meals. During her teenage years, she studied Preach My Gospel and joined the missionaries as they taught investigators. All her missionary experiences led to one conclusion—she was going to serve a full-time mission of her own.

She saved her money, made her plans, and waited for the day she could send in her papers. But along the way, orthodontic work and some kidney issues delayed her progress. In her early twenties, she finally got her braces off and began her mission paperwork. Everything was fine until she visited with doctors for her medical approval.

Their answer devastated Alana: she could not serve a full-time mission due to health concerns. Suddenly, her path was uncertain.

Alana began working full-time with children with special needs, and the time for serving a proselytizing mission passed.

Feeling a bit discouraged about her altered path, she decided to go on a trip to Utah. While there, a family friend asked if she had considered a Church-service mission.

Alana had never considered a Church-service mission because she had never heard of one. But after a little research and a visit with her priesthood leaders, she thought it might be her path.

Now, at age 26, Alana has discovered that she can live at home and serve. While continuing her full-time work with her students, Alana is dedicated to her Church-service mission, serving twice a week in the family history center and Sundays in the visitors’ center just steps away from Hyde Park in London.

Alana readily acknowledges the blessings she receives during her missionary service. When she serves in the family history center, she feels the hand of the Lord constantly. She has wept tears of joy with patrons as they have found long-sought ancestors after following small impressions. She has witnessed miracles in her heart on days when she has felt inadequate or exhausted and ready to give up. And she has testified frequently about the importance of family history work to members and nonmembers alike.

But the blessings she’s received outside of her direct service have been life changing as well. Since beginning her mission, Alana has felt closer to the Lord on a personal level. She has come to appreciate the importance of covenants, especially since receiving her endowment at the London England Temple. She says her mission has changed her whole attitude about how she interacts with people. And wearing her name tag makes her think twice about what she watches and listens to and how she treats others. She knows that as the Savior’s representative, she is being watched by others.

“Whenever I get that minute of doubt,” Alana says about her mission, “I know He is listening because He shows me along the journey.” Even though this wasn’t Alana’s original path, she can’t stop smiling about the direction the Lord led her—right in the heart of London.