Never Hesitate to Choose the Right

Have you ever hesitated to make the right choice because of fear or opposition? At times, this is a dilemma we all face. It helps to have an example of courage and dedication to remind us to be strong. 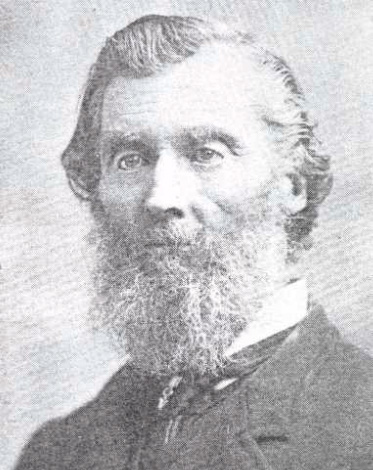 Who Was Joseph Stacy Murdock?

One of my heroes is an early pioneer named Joseph Stacy Murdock. Joseph and his family were early converts to the Mormon Church and some of its most dedicated supporters. Joseph Murdock was a close friend to the Prophet Joseph Smith, and even after the Prophet’s death, he devoted his life to supporting the Church. He was always among the first to volunteer, and he willingly followed the Prophet Joseph, even in trying circumstances.

When the Saints began traveling to Nauvoo with the Prophet Joseph, Joseph Murdock followed with his family. When mobs began destroying the city in 1846, Joseph and his brother John risked their lives daily to help thousands of people and livestock cross the Mississippi River.

Joseph and his family followed the Saints to Winter Quarters, where they were forced to stay longer than expected because of dangerous weather. Many Saints probably wondered how long they would have to endure, but some were proactive in making this experience as hopeful as possible. Joseph was one of these Saints.

Negotiating with the Indians

During this time, the Indians were at war and sometimes caused trouble for the Saints. Joseph showed his proactivity by striving to negotiate with them. While the Sioux and the Omahas were fighting, several women and children from Winter Quarters became lost. Joseph was the only one who dared go to the Indians to find them. He wrote, “I went out into the night to find the missing women and children. There was not a man dared to leave camp with me, they were so frightened. I located several women and a young boy. I started with the boy and traveled about 5 miles across the prairie when we were caught by the Indians. They were terribly mad. They set their war stakes and held council over us. At last they agreed to let us go if I didn’t let the Sioux know where they were. I promised and we left to find the other women and children. I found them and was returning when we again met the Indians. We had a hard time getting free. . . . We made out and got away with the help of the Chief. . . . I thanked the Lord for our escape.”

When Joseph was asked by Brigham Young to go to the Green River to build a ferry to help transport the pioneers and their wagons, he wrote, “I started to Green River with 9 others to put in a ferry boat to cross the pioneers and those going to California. We traveled to Bear River, which was bank full and swift. I could not get any of the boys to take the rope across, so I took the largest horse and started into the river. The water ran over the horse’s back. I crossed to an island, then down the river until I got across. I had the boys put the ropes to the wagon and hold on. I put a rope to a yoke of oxen and to the horn of my saddle. I rode the lead horse, so we got through with all the teams and was safe on the other side of the river, and I thanked the Lord for his mercy in our protection.”

What is not included in his journal entry here is that Joseph had never even learned to swim. But he did whatever was necessary to accomplish what was needed, even when he could not convince anyone else to do the same.

Always Determined to Do God’s Will

Although there is more that can be learned from Joseph’s life, these examples illustrate how determined Joseph was to make the right decisions without waiting for approval from others. His life shows us the importance of having faith even when God’s commandments seem impossible. He never let his circumstances stop him from doing God’s will. And his testimony of the restored gospel remained firm, which is evident in the words of a poem he wrote that later became a well-known Mormon hymn:

“Come listen to a Prophet’s voice
And hear the word of God,
And in the ways of truth rejoice
And sing for joy aloud.”

We can learn from Joseph’s characteristics of faith, courage, loyalty, and commitment to the gospel and apply them to our modern challenges. We may not face crossing treacherous rivers or have to convince warring Indians to set us free, but Joseph’s example shows us how to approach the frightening trials of life head-on, without hesitation. He had faith that God would help him accomplish the challenging tasks handed to him. That trust in the Lord repeatedly secured his success.

As you make big decisions and face your unique challenges, remember the example of Joseph Stacy Murdock. Hold on to your faith, and never hesitate to put your trust in God. Remember, when your foundation is built upon the Savior, you cannot fall (see Helaman 5:12).