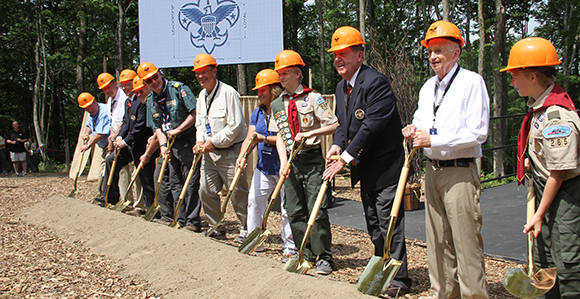 “Thomas S. Monson … has lived each day of his life in true harmony with the ideals of Scouting. He has truly lived an exemplary life—one boys could pattern their own lives after—a life serving God and his fellowman.” —Elder Jeffrey R. Holland of the Quorum of the Twelve Apostles

Several years ago, Scouting officials began envisioning a leadership training complex that would empower young people and their leaders with the skills needed to lead, develop, and serve others.

Deciding on the name for such a unique training complex, they say, was a simple choice: Thomas S. Monson.

On June 15, Scout and Church leaders came together here to ceremonially break ground for the future Thomas S. Monson Leadership Excellence Complex at the Summit Bechtel Reserve. Located on 14,000 acres of forested mountains in southern West Virginia, the reserve is home to Scouting’s national jamboree.

Elder Jeffrey R. Holland of the Quorum of the Twelve Apostles, who serves on Scouting's National Executive Board, spoke at the event.

“I believe that ‘Thomas S. Monson’ is the ideal name to place on and to match the vision behind such a [training] center,” he said. “He whom I call ‘Elder Monson’ or ‘President Monson’—but whom fellow Scouters have always affectionately called ‘Tom’—has lived each day of his life in true harmony with the ideals of Scouting. He has truly lived an exemplary life—one boys could pattern their own lives after—a life serving God and his fellowman.”

President Thomas S. Monson was unable to attend in person—but he did make an appearance via a prerecorded video.

“I am deeply honored that my name will be a part of the Leadership Excellence Complex at the Boy Scouts of America Summit Bechtel Reserve,” he said in the video. “The need for strong, capable leadership is critical today, both in Scouting and in the world generally. To be associated in some small way with developing such leadership is humbling indeed.”

The Church President added the future leadership training complex is a reminder of “the need to provide solid foundations upon which our youth can build their lives and serve God, country, and their fellowmen.”

For decades, President Monson served on the National Executive Board and is the recipient of Scouting's highest national and international awards.

Set to be completed in 2020, the complex will provide training to Scout leaders, Scouts, and countless other youth. The facility will have four buildings and structures named after four American business leaders and fellow champions of Scouting: Rex Tillerson, J. W. “Bill” Marriott Jr., John D. Tickle, and Philip M. Condit.

In his remarks, Elder Holland called President Monson a “real-life hero” and an example to all who will gather at the future leadership complex.

“They will teach the verities of the Scout Law and they will live by the oath every Scout utters,” he said. “And wherever those principles are taught, not only will the name of Thomas S. Monson be honored, but the title of ‘Boy Scout’ will continue to mean clean living, service to one’s community, and an upward reach toward the highest and noblest motives planted in the human soul.”

Brother Owen gave the invocation at the groundbreaking, with Mr. R. Chip Turner, a Baptist minister, offering the benediction.

In addition, Sister Jones offered a prayer at the event dinner, held the night before the ceremony.

At a luncheon following the ceremony, Elder Christofferson spoke of President Monson’s lifelong fulfillment of his “Scout duty.”

“President Monson knows better than anyone I know that the joy of true leadership is to give all you have to bless and lift others,” he said.

The Church Pesident, he added, continues to utilize his leadership skill to serve and spiritually feed others.

“That’s true character,” he said. “It’s little wonder that over his 76 years of association with Scouting, President Monson has received every major award Scouting has to offer. Scouting, after all, has always been about recognizing and building great character.” 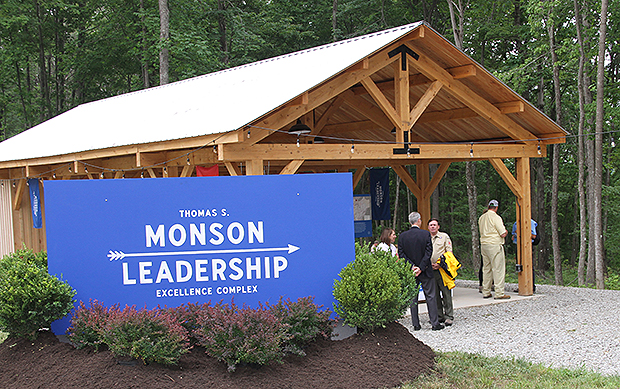 Brother Wayne Perry, a member of the Church and a former Boy Scouts of America president, told the Church News that President Monson’s example will be exemplified at the future complex that bears his name.

“President Monson will be pleased with the principles taught at the leadership center and how they will be taught.”

The Church remains the largest sponsor of Scouting units. More than 458,000 youth participated in LDS-sponsored units in 2015. 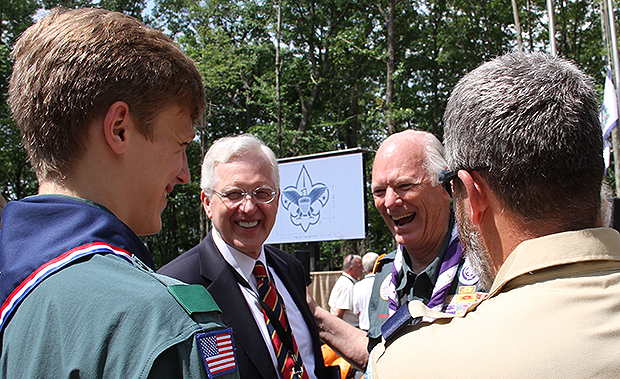 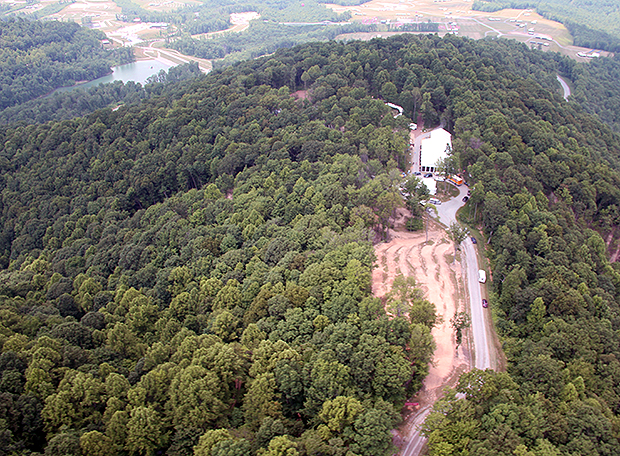 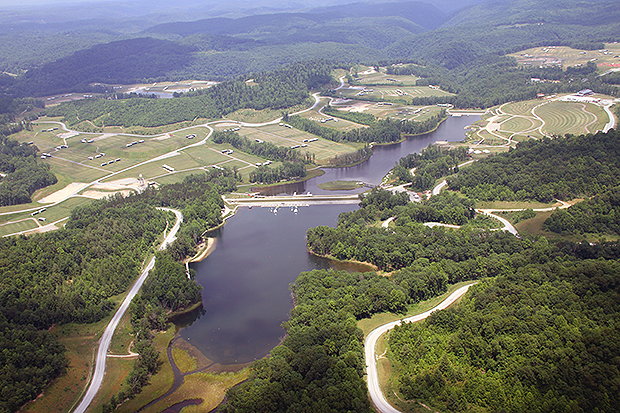