Learn what Apostles said about the rights and responsibilities of the Church. 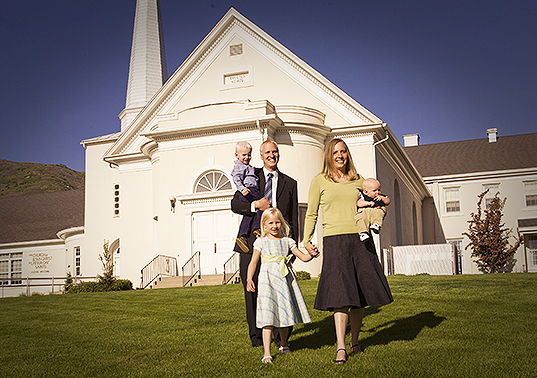 The Church recently encouraged laws and efforts to preserve religious liberties while maintaining respect and fairness for those with differing beliefs. In a January 27 press conference from Church headquarters in Salt Lake City, Utah, Elder Dallin H. Oaks from the Quorum of the Twelve Apostles stated the following:

“The Church of Jesus Christ of Latter-day Saints asserts the following principles based on the teachings of Jesus Christ and on fairness for all, including people of faith:

“We call on local, state, and the federal government to serve all of their people by passing legislation that protects vital religious freedoms for individuals, families, churches, and other faith groups while also protecting the rights of our LGBT citizens in such areas as housing, employment, and public accommodation in hotels, restaurants, and transportation—protections which are not available in many parts of the country.”

At the same press conference, Elder Jeffrey R. Holland of the Quorum of the Twelve Apostles said that people of faith must maintain their constitutional right to live according to their religious beliefs, including the ability to choose professions and employment or serve in public office without intimidation, coercion, or retaliation from others.

Elder Holland said that “accommodating the rights of all people—including their religious rights—requires wisdom and judgment, compassion, and fairness, adding that “nothing is achieved if either side resorts to bullying, political point scoring, or accusations of bigotry. These are serious issues, and they require serious minds engaged in thoughtful, courteous discourse.”

Elder Holland referred to the official statement made by the Church in 1835, a statement formally incorporated into the Doctrine and Covenants as section 134, which says, “First, that all of us are accountable to God for the responsible exercise of our religious beliefs, and we are calling on our fellow citizens to be responsible in exercising their religious freedom. Secondly, that scripture sets out the proper role of government in protecting the public interest without encroaching on free exercise, what it calls ‘the freedom of the soul.’ Some 180 years later, the determination of The Church of Jesus Christ of Latter-day Saints to be responsible citizens while also defending religious liberty remains undiminished.”

We believe that religion is instituted of God; and that men are amenable to him, and to him only, for the exercise of it, unless their religious opinions prompt them to infringe upon the rights and liberties of others; but we do not believe that human law has a right to interfere in prescribing rules of worship to bind the consciences of men, nor dictate forms for public or private devotion; that the civil magistrate should restrain crime, but never control conscience; should punish guilt, but never suppress the freedom of the soul.

We believe that … all governments have a right to enact such laws as in their own judgments are best calculated to secure the public interest; at the same time, however, holding sacred the freedom of conscience. …

We believe that rulers, states, and governments have a right, and are bound to enact laws for the protection of all citizens in the free exercise of their religious belief; but we do not believe that they have a right in justice to deprive citizens of this privilege, or proscribe them in their opinions, so long as a regard and reverence are shown to the laws and such religious opinions do not justify sedition nor conspiracy.