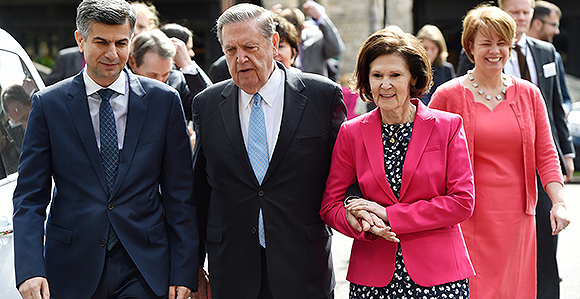 “Individual conviction leading to purposeful action, no matter how great the odds against us, is not only our story but the story of many individuals and many institutions that have made a difference in the world.” —Elder Jeffrey R. Holland of the Quorum of the Twelve Apostles

Continuing a theme he began a year ago, Elder Jeffrey R. Holland chronicled the Latter-day Saints’ 19th-century “return from exile” as he spoke at the three-day Second Windsor Conference on Religious Persecution in St. George’s House, Windsor Castle, on September 9.

Last year at the first conference, Elder Holland spoke on the Mormon experience as refugees in 19th-century America. (See related story.) This year, his topic was the Church’s “move from persecution to integration, with its gradual emergence out of religious obscurity,” said Elder Holland of the Quorum of the Twelve Apostles to members of the AMAR International Charitable Foundation and a group of humanitarians, scholars, and faith and government leaders.

On both occasions, he appeared at the invitation of Baroness Emma Nicholson, a member of the United Kingdom House of Lords and the chair and founder of the foundation, an international relief organization that sponsored the conference.

At the outset, Elder Holland emphasized that he was focusing on the Latter-day Saint story only because he had been asked to do so. “I hope that by understanding our people’s willingness to reengage in society after a period of persecution, some light might distill on other religious people’s refugee experience and how their faith can be a source for renewal and hope for the future.”

Even after fleeing to what became their settlement in the Salt Lake Valley, the persecuted Mormons continued to face persecution for their religious beliefs and practices, Elder Holland noted.

“At times during the next several decades, some Church leaders were jailed or forced to live in hiding, while many Church members were disenfranchised,” he said. “Laws were passed that threatened to seize the Church’s assets and properties, including houses of worship like chapels and temples. The Church and its teachings were smeared in national newspapers, and its leaders lampooned in political cartoons. The times were dark for the Latter-day Saints. Observers of the day would have thought that the Church was on the brink of extinction.”

What motivated them to keep their faith in the face of such adversity?

Elder Holland answered that question in terms of the French origin of the word refugee, which means to take shelter or protect. Latter-day Saints take shelter in their faith, he said.

A foundation stone in the conviction of every Church member, he said, is the experience of the young prophet Joseph Smith. Elder Holland then recounted the events of Joseph’s First Vision.

“This young, obscure 14-year-old farm boy could have denied his experience and avoided his fate, including eventual martyrdom,” Elder Holland reflected. “But his integrity matched his conviction, and he persisted.”

Joseph’s determination in a sense is “the key to Latter-day Saint survival and eventual success,” Elder Holland said. “Individual conviction leading to purposeful action, no matter how great the odds against us, is not only our story but the story of many individuals and many institutions that have made a difference in the world.”

He said Church members continue to follow this pattern worldwide, seeking a spiritual witness asking for divine help and then striving to see that their actions concord with the divine will.

One was Alex Boyé, whose spiritual desires led him to share the joy of his musical talents with all he could.

Another was J. Willard Marriott Sr., the successful hotelier who shared his convictions of Christ and the Church openly, in part by placing not only a Bible but a copy of the Book of Mormon in each of his hotel rooms around the world.

Yet another was Mitt Romney, former governor of Massachusetts and two-time United States presidential candidate. In his 2007 “Faith in America” speech, he expressed his religious devotion. “We never as a Church endorse political candidates, but we do take pride in those virtues any public servant emulates that are consistent with the gospel of Jesus Christ,” Elder Holland remarked.

He also shared the example of Eli Herring, the Brigham Young University football player who forsook a professional football career so he could keep the Sabbath day holy. Elder Holland said Herring was influenced by another Church member, Erroll Bennett of Tahiti, who decided not to play soccer on Sunday after he joined the Church.

A more recent example Elder Holland shared was that of four Mormon missionaries who were significantly injured during the terrorist bombing at the airport in Brussels, Belgium, on March 22, 2016, in which 16 people died. He said the injured missionaries were blessed to have good medical care, but their faith helped them heal emotionally.

Finally, Elder Holland shared the example of Lori McBride, a pediatric flight transport nurse who, working in difficult situations, draws peace from knowing that families can be together forever.

“Our people continue as pioneers today,” Elder Holland said in summation, “attempting to engage vigorously with the society in which they live and contribute to those around them who are in need. Their pioneering spirit, anchored to a testimony of Jesus Christ, continues to raise the Church out of obscurity from its refugee past and gives its members the courage to face the challenges in their lives.”

He thanked the foundation members for caring about the disenfranchised and downhearted. “We were among that number once, and now, in better times, we are determined to do all we can to assist others who face the same circumstances. We salute all of you for inspiring us to do more.” 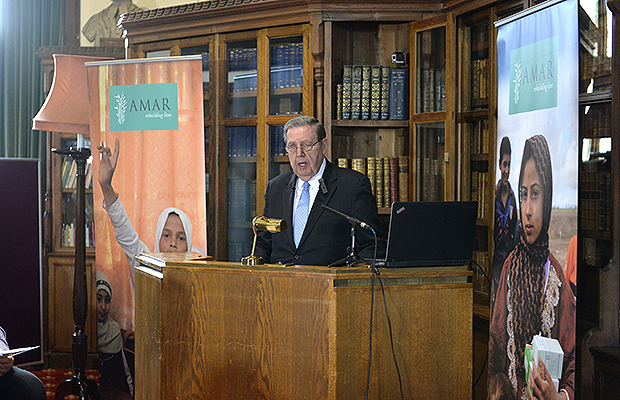 Elder Jeffrey R. Holland of the Quorum of the Twelve Apostles speaks at the Second Windsor Conference on Religious Persecution on September 9.

Also speaking during the conference, Sister Eubank said refugees need to nurture their spirits and progress and can only do so if they have “a friend, meaningful work, and the freedom to practice sincere beliefs.”

The conference focused on practical ways to help the Yazidis return home and integrate after living for more than three years as internally displaced people in northern Iraq.

The Yazidis are an ancient minority religion whose roots go back 5,000 years in northern Iraq. Since being targeted by ISIS, however, they have been abused and tortured and their families have been torn apart.

In her remarks, Sister Eubank said the Yazidis “find themselves without many friends, jobless, unable to practice their religion, and really in desperate situation.”

On the third day of the conference, September 12, AMAR and the Church foundation, LDS Charities, signed a Renewal of Partnership and Association Agreement. A result of their partnership has been a health center in one of the largest Yazidi camps in northern Iraq that has served some 26,000 refugees.

“[LDS Charities has] lots of partners around the world, but none of them really as unique as AMAR because they do excellent work on the ground,” Sister Eubank said. “They ground their projects in with the governments so that they're sustainable. What [the baroness is] doing is very, very special. [She’s] brought people from very different disciplines together for a specific question, and she's asking of them, bring what you know to this specific question and then they'll produce action out of it.” 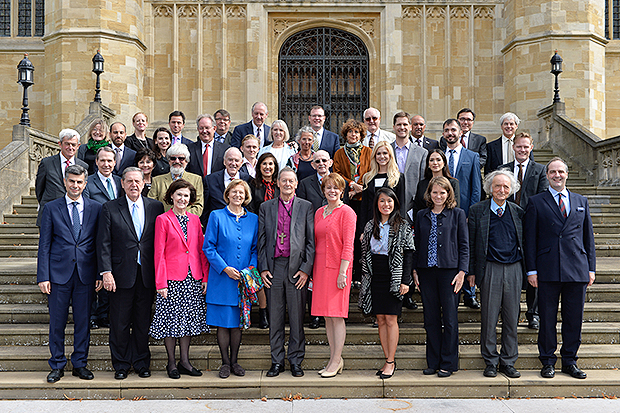 Posing for a group photo are attendees of the Windsor Conference sponsored by the AMAR International Charitable Foundation held in St. George’s House, Windsor Castle, England. 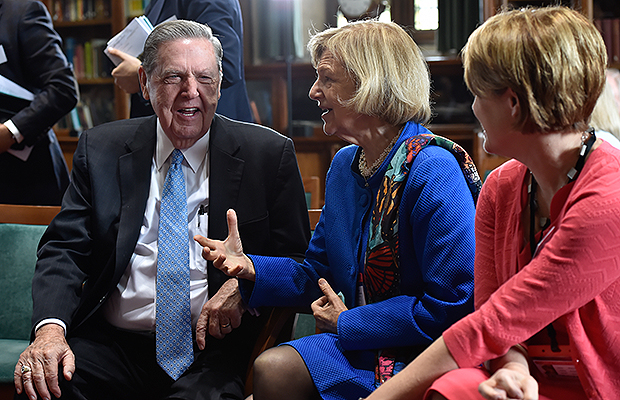 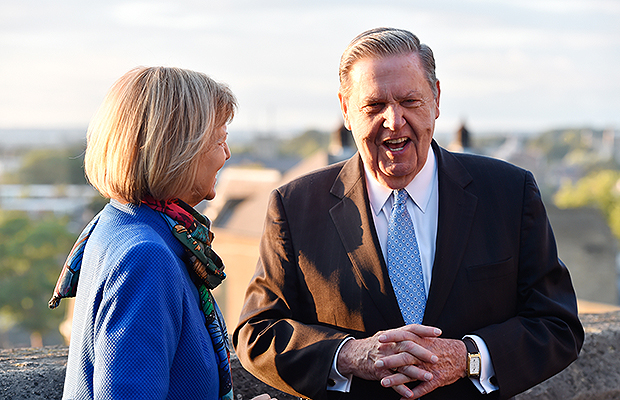