In the opening months of 2020, humanitarian crises such as the coronavirus outbreak in China and weeks of earthquakes in Puerto Rico snagged headlines, prompting worldwide concern.

And, as expected, the Church utilized equal measures of resources and Christian goodwill—providing high-demand provisions and support to China and Puerto Rico, respectively.

Those recent efforts—coupled with 2019’s long list of projects—point to Latter-day Saint Charities’ ongoing commitment to bless millions in need.

In its 2019 Annual Report released Monday, the Church’s charitable organization documented its efforts last year in 142 countries and territories. In all, Latter-day Saint Charities completed 3,221 projects working shoulder to shoulder with 2,000 partners.

And once again, each 2019 project was grounded in a commitment to “care for those in need, promote volunteerism and inspire self-reliance in a variety of ways,” according to a Newsroom report.

Latter-day Saint Charities president Sister Sharon Eubank, who also serves as Second Counselor in the Relief Society General Presidency, said a core principle of the organization’s work is to first find out what people need and then mobilize to help them.

“When you see some of the big responses that happened last year, like the cyclone in Mozambique, the famine responses, the work we did around different hurricanes, and things like that, the core principle is to get on the ground and find out what people need right now and what they will need later on. And then we can work to fill in those gaps,” she said. “The annual report reflects some of the more intensive work we’ve done on the ground, finding out what’s the real need.”

In addition to being funded by Latter-day Saints who give to the Church’s Humanitarian Aid Fund, Latter-day Saint Charities is also supported by other generous donors, according to Newsroom.

In 2019, Latter-day Saint Charities used these donations to help people in need around the world. These funds represent only a small part of the Church’s combined annual humanitarian and welfare aid expenditures (approaching $1 billion a year). These expenditures also include significant use of the faith’s fast-offering fund, which local bishops and branch presidents use to help the poorest members of their congregations.

Among the major events to which Latter-day Saint Charities responded in 2019 were Cyclones Idai and Kenneth, which brought flooding that destroyed crops in Mozambique, Malawi, and Zimbabwe last spring.

Working alongside global and local partners, Latter-day Saint Charities provided shelter and food to those devastated by the storms’ rampage, Newsroom reported. Recovery from these disasters stretches well beyond their immediate aftermath. Months after the cyclones, Latter-day Saint Charities and its partners continue to repair and refurnish schools ahead of the rainy season to give students a dry place to study and learn.

“The annual report is part of our accountability back to the Latter-day Saints who have donated to the humanitarian fund on the tithing slip. This is part of our reporting back to the people who have given so much, so that they can see what their donations do.” 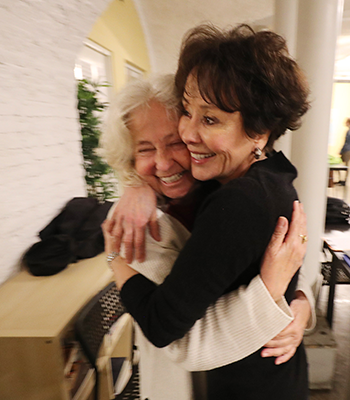 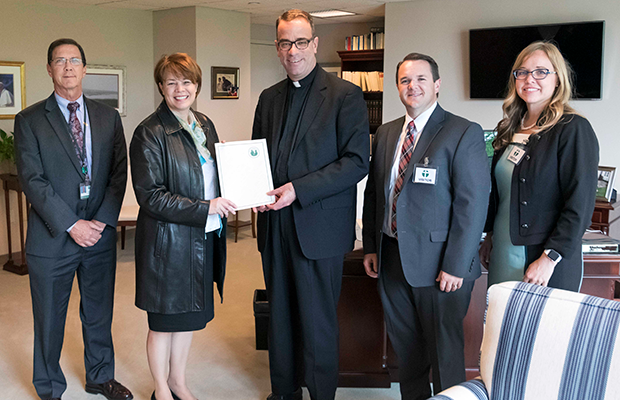 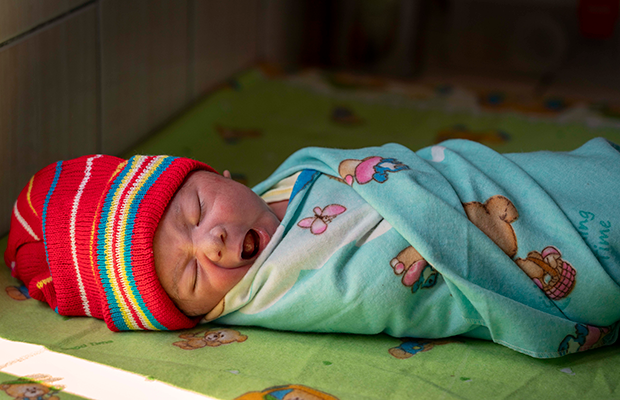 Latter-day Saint Charities provides training and equipment for attendants to support the care and resuscitation of newborns at birth in addition to improving maternal survival following births. 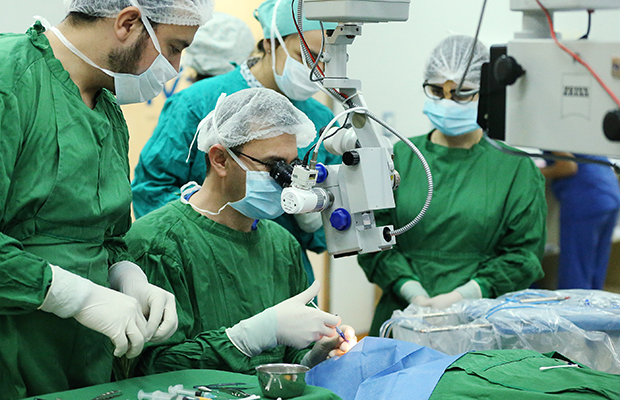 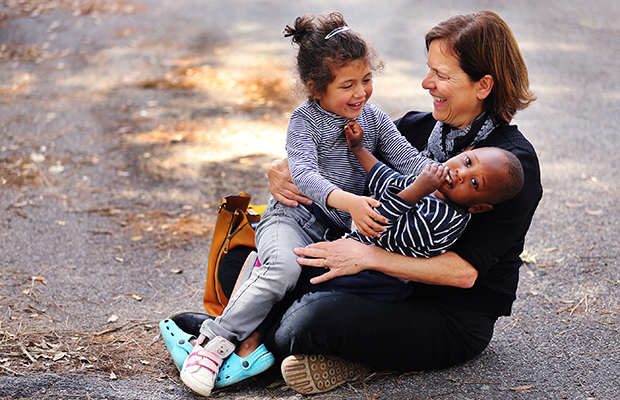 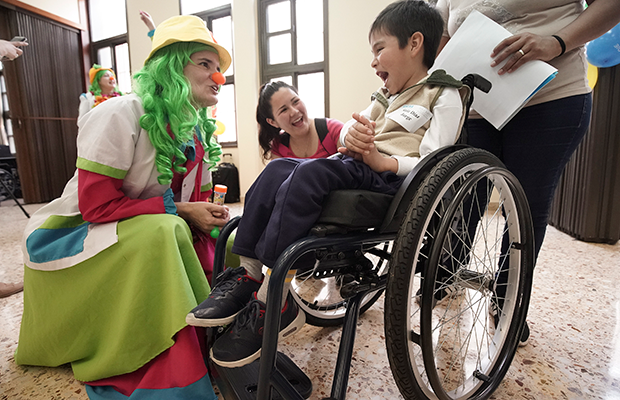 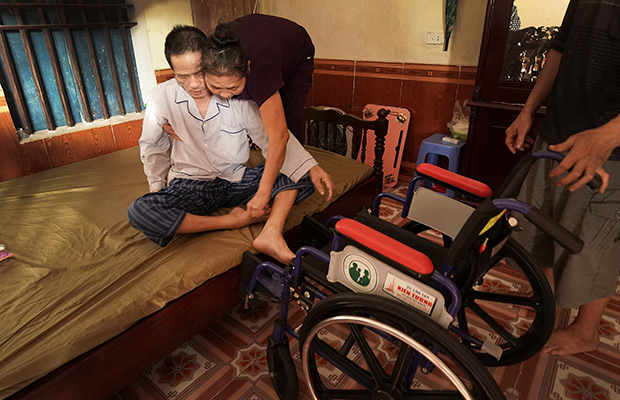 Bao Dinh Tran is helped by his wife, Quyen Thi Mai, into his wheelchair given to him by Latter-day Saint Charities in Hanoi, Vietnam, on Saturday, November 16, 2019. Photo by Jeffrey D. Allred, Deseret News. 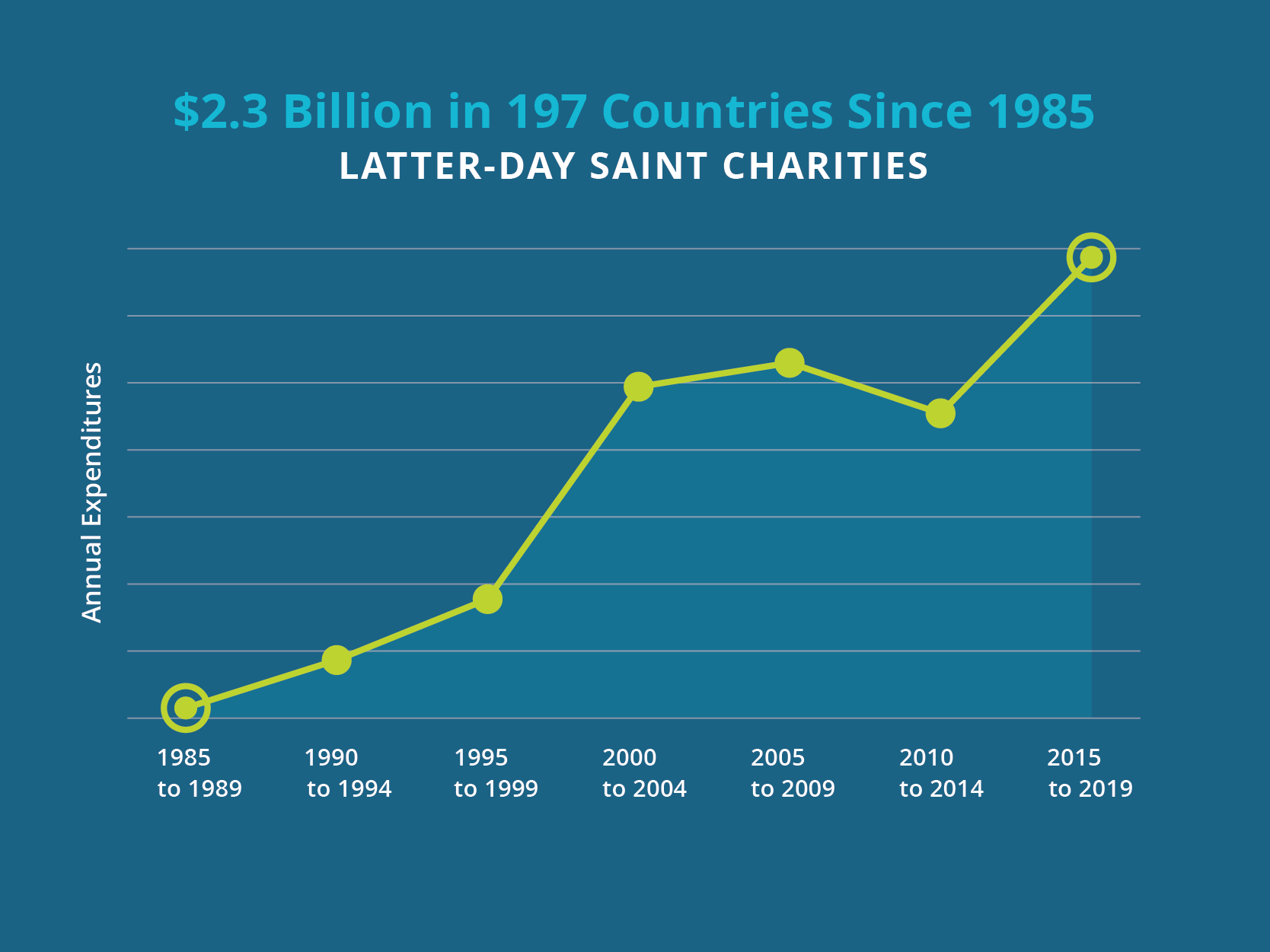