The Church has published the last of the more than 100 videos in The Life of Jesus Christ Bible Videos series, which has helped viewers around the world envision and appreciate the events surrounding Christ’s life and ministry.

Five years after building a realistic replica of Jerusalem in central Utah, the Church has published the last of the more than 100 videos in English in its widely used The Life of Jesus Christ Bible Videos series.

Each of these stunningly filmed Bible videos has brought to life a distinct scene from the life of Jesus Christ, as recorded in the King James Version of the Bible. Remaining true to the scriptural text, the videos have helped viewers envision the people, culture, and time period surrounding Christ’s life and gain a greater appreciation for His ministry.

The culminating video, which features the account of the martyrdom of Stephen, has been published to BibleVideos.org. Accompanying each video on the website are related photographs from the filming and related scripture text from the KJV that these videos are based on. 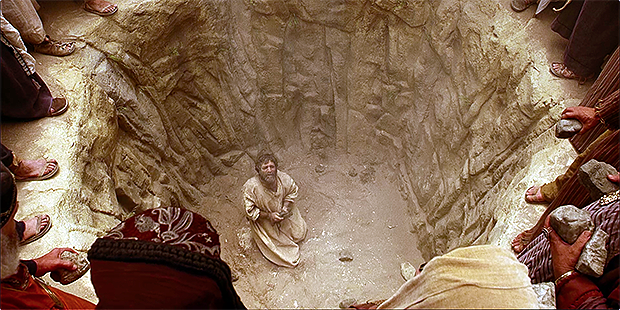 The final Bible video published on BibleVideos.org features the account of the martyrdom of Stephen.

A related resource to Bible videos is The Life of Jesus Christ: Children's Narratives—10 video clips of Bible video footage coupled with interviews of kids retelling the story from the scriptures in their own words. Parents and teachers can use the children's Bible videos as a fun yet spiritual way to include children in gospel conversations (see related story). 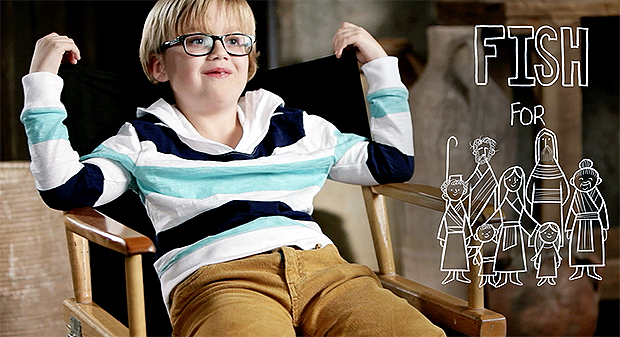 Children's Bible Videos feature clips from Bible Videos coupled with interviews of kids retelling the story from the scriptures in their own words.

A worldwide “influence for good”

At the dedication of the Jerusalem movie set in 2011, Elder David A. Bednar said, “This work will influence the world in a remarkable way, in ways we cannot possibly imagine now. There is an influence for good that will go forth from this place that will be remarkable.”

During the 2011 First Presidency's Christmas Devotional, President Henry B. Eyring, First Counselor in the First Presidency, announced the availability of this new series and the impact it could have. “Like the scriptures which these short films follow faithfully, they may seem to you quiet,” he said. “Your faith and the Holy Ghost will create the emotion these world-changing events deserve” (“The Gifts of Christmas”).

Over the past five years, families, teachers, and missionaries all over the world have used Bible Videos to supplement their gospel teaching and Christian messages, including other churches. Video clips have appeared in general conference talks and in the widely shared Easter and Christmas videos on mormon.org. Photographs taken during the filming appear throughout Church publications and websites.

”We are pleased to see members of the Church using the Bible Videos to learn, teach, and share the gospel of Jesus Christ,“ said Elder Larry R. Lawrence, a General Authority Seventy. He further encouraged, ”As we continue to remember Jesus Christ more in our daily lives, we are promised to have His Spirit to be with us, which will bring us greater happiness and perspective.“

Where you can find Bible Videos 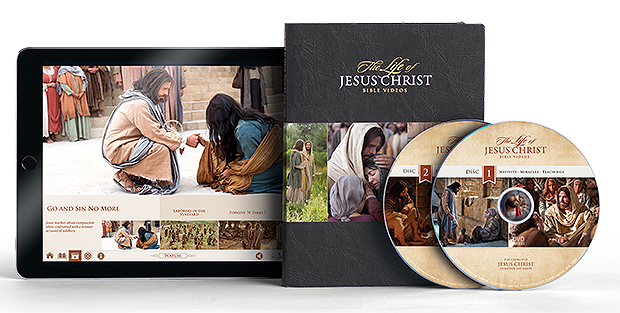 Several options are available for viewing Bible Videos, including the free Bible Videos app and a new two-disc DVD set.

Bible Videos in other languages

More than two-thirds of the Bible Videos have been translated and provided digitally into the following languages: Cantonese, French, German, Italian, Japanese, Korean, Mandarin, Portuguese, Russian, and Spanish. The remaining non-English videos will be published next year.

The Church recently announced it will produce a video library of scenes from the Book of Mormon, similar to this New Testament video library. The first videos from this multi-year Book of Mormon videos project are scheduled to be released in 2018.

Seasoned actors, amateurs and those with little or no acting experience who want to participate are invited to visit casting.ChurchofJesusChrist.org for more information.