In Solomon’s later years he married many wives outside the covenant, contrary to the Lord’s command. Some of Solomon’s wives began to encourage him to worship idols and turn his heart away from the Lord. After Solomon’s death, his son Rehoboam decided to increase the people’s burdens. The people revolted and were divided into the Northern Kingdom of Israel and the Southern Kingdom of Judah. As a consequence of the people’s wickedness, there was a great drought. The prophet Elijah sought refuge in Zarephath with a widow and her son.

As you study 1 Kings 11–16, look for truths that can guide you in determining the type of people you will date and help you decide whom to marry.

Read 1 Kings 11:1–2, looking for a commandment from the Lord that Solomon did not obey. The phrase “strange women” refers to women who were not of the house of Israel. The Israelites had covenanted to serve the Lord and receive His protection. Marrying within the covenant meant marrying a faithful member of the house of Israel. The “many strange women” Solomon married were not participants in the Abrahamic covenant, and they came from nations that did not worship the Lord or keep His commandments. Many of these marriages reflected political alliances that Solomon had made with other countries.

According to verse 2, what warning had the Lord previously given about what would happen to Israelites who married outside the covenant?

Read 1 Kings 11:3–8, looking for the result of Solomon’s decision to marry wives who were not part of the covenant. Verse 4 indicates that Solomon’s heart was not perfect with the Lord, and the Joseph Smith Translation helps us understand that his heart “became as the heart of David his father” (see 1 Kings 11:4, footnote b; see also D&C 132:38).

Notice that after Solomon chose to marry outside the covenant, he began to participate in the worship of his wives’ false gods and his heart turned away from the Lord. From these verses we learn that if we marry in the covenant, our hearts are more likely to turn toward God and we can receive the full blessings of the gospel. You may want to write this principle in your scriptures near verses 1–8.

As you study the remainder of 1 Kings 11–16, notice how Solomon’s decision not only turned his heart away from God but also influenced others to turn their hearts away from God.

Read 1 Kings 11:9–11, looking for what happened as a result of Solomon’s disobedience.

In 1 Kings 11:14–25 we learn that another consequence of Solomon’s disobedience was that the Lord allowed the Israelites’ enemies to afflict them.

Read 1 Kings 11:26–28, looking for who else began to oppose Solomon. You may want to mark what these verses teach about Jeroboam.

Read 1 Kings 11:29–31, looking for what the prophet Ahijah taught about Jeroboam’s future role in Israel.

What did the 10 pieces of fabric that Ahijah gave Jeroboam represent?

Read 1 Kings 11:37–38, looking for what the Lord promised Jeroboam if he kept the commandments as king.

In 1 Kings 11:39–43, Solomon learned that Jeroboam was a threat to his kingdom, and he sought to kill Jeroboam. Jeroboam then fled to Egypt.

In 1 Kings 12:1–24 we learn that after Solomon’s death, his son Rehoboam became king over all of Israel. Jeroboam returned to Israel from Egypt and, along with others, pleaded with Rehoboam to lessen the burdens Solomon had placed on the people to support his many building projects. Rehoboam chose instead to increase the people’s burdens.

The 10 tribes living in the north rebelled against Rehoboam and made Jeroboam their king, which fulfilled the words of the prophet Ahijah. This revolt divided the kingdom into two: the Northern Kingdom of Israel and the Southern Kingdom of Judah. Turn to Bible Maps, no. 3, “The Division of the 12 Tribes,” if it is available in your scriptures, and find the boundary between Judah and northern Israel.

President Spencer W. Kimball taught how our decision of whom we marry will affect our families: “Marriage is perhaps the most vital of all the decisions and has the most far-reaching effects, for it has to do not only with immediate happiness, but also with eternal joys. It affects not only the two people involved, but also their families and particularly their children and their children’s children down through the many generations” (“Oneness in Marriage,” Ensign, Mar. 1977, 3).

Ponder how understanding the importance of marrying within the covenant should influence the choices you make today. 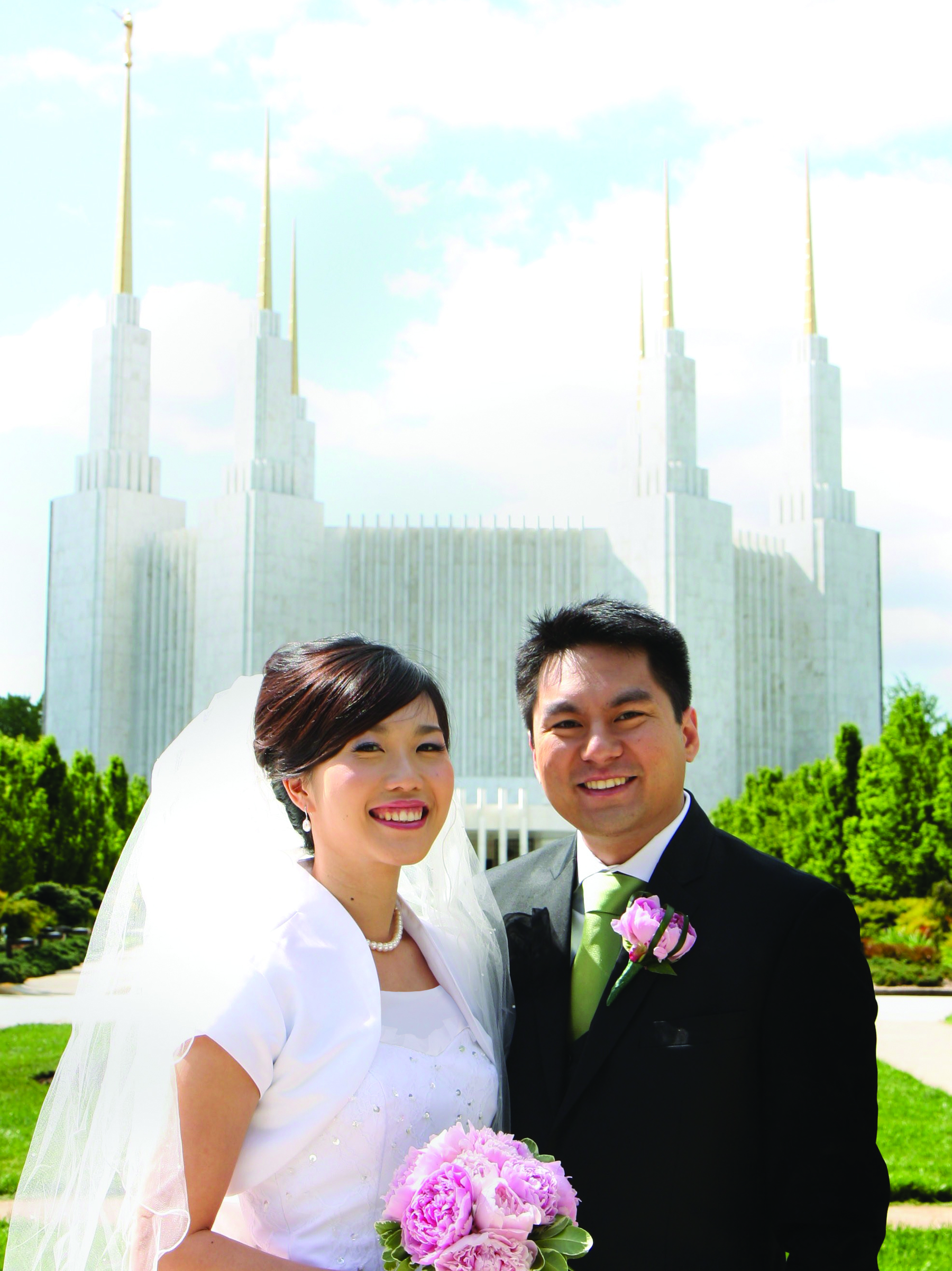 Recall the Lord’s promised blessings He gave to Jeroboam about what would happen if he kept the commandments as king (see 1 Kings 11:38).

What can you do today to turn more fully toward the Lord?

Jezebel was “a Phoenician princess … and wife of Ahab, king of Israel (1 Kgs. 16:31). This marriage, more than any other single event, caused the downfall of the northern kingdom, as Jezebel introduced into Israel the worst forms of Phoenician worship in place of the worship of Jehovah” (Bible Dictionary, “Jezebel”).

King Ahab and his wife, Jezebel, killed many of the prophets of Jehovah, and Jezebel particularly hated Elijah. Much of the prophet Elijah’s ministry was in “the northern kingdom … , at a time when, owing to the influence of Ahab and Jezebel, the people had almost entirely forsaken the worship of Jehovah and had become worshippers of the Phoenician god Baal. …

“[Elijah’s] recorded words are few but forceful, and his deeds are explicit evidences of his strength of will, force of character, and personal courage. He was an example of solid faith in the Lord. …

“We learn from latter-day revelation that Elijah held the sealing power of the Melchizedek Priesthood. He appeared on the Mount of Transfiguration in company with Moses (also translated) and conferred the keys of the priesthood on Peter, James, and John (Matt. 17:3). He appeared again, in company with Moses and others, on April 3, 1836, in the Kirtland (Ohio) Temple and conferred the same keys upon Joseph Smith and Oliver Cowdery. All of this was in preparation for the coming of the Lord, as spoken of in Mal. 4:5–6 (D&C 110:13–16)” (Bible Dictionary, “Elijah”).

As you read and study the scriptures, look for if–then and because–therefore relationships. For example, since the widow in Zarephath was obedient to the words of the prophet Elijah, she, according to the Lord’s will, was blessed with food for herself and her son. Identifying cause-and-effect relationships will help you see the application of scripture principles.

In 1 Kings 17:1–7 we learn that the prophet Elijah told the wicked King Ahab that it would not rain in the land for years, until he (Elijah) said it would rain. Elijah held priesthood keys referred to as the sealing power, which in part allowed him to control the elements. When this drought began, the Lord led Elijah to a little brook of water and fed him miraculously. Elijah drank from the brook, and ravens brought him food in the morning and evening until the brook dried up.

Read 1 Kings 17:8–16, looking for how the Lord provided for Elijah after the brook dried up.

The widow in Zarephath is a great example of the following principle: Before we can receive the Lord’s promised blessings, we must first act in faith.

Ponder on a time when you have acted in faith and then experienced the Lord’s blessings. What lessons did you learn?