The Gospel in Venezuela

Elder Quentin L. Cook visited Venezuela in August of 2013, the first time in 14 years an Apostle could meet with members and leaders there.

“I know that there’s been hardship in their lives beyond what most of the Saints across the world face,” he says. “And I felt inspired to talk to them about how the Savior’s Atonement overcomes not only sin and death, not only allows us to have exaltation and salvation, but that it does cover all of the heartache, all of the heartbreak, all of the evils, all of the seeming unfairness of life.” 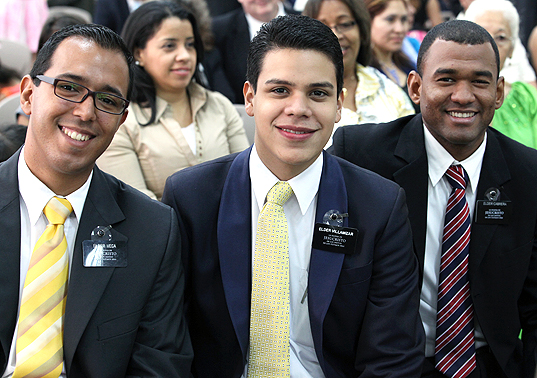 The political climate in Venezuela prompted leaders to remove North American missionaries from the country in 2005, but rather than consolidate missions, additional young people were called to fill the four missions.

“What a wonderful group of missionaries we have,” he said, noting that almost every young Latter-day Saint in Venezuela who serves a mission does so in Venezuela.

Learn how the mother of a mission president learned for herself that the Church is true.