President of The Church of Jesus Christ of Latter-day Saints President Thomas S. Monson waves to those attending general conference, demonstrating the personal touch that has endeared him to faithful Latter-day Saints worldwide. 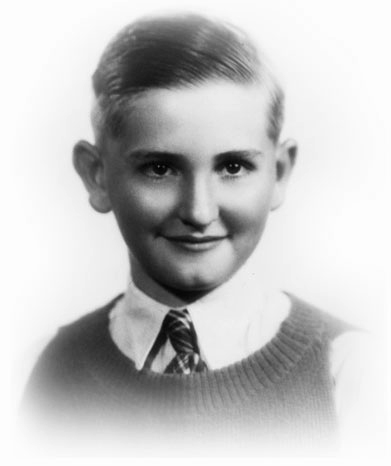 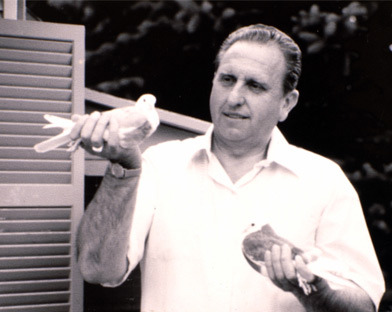 In the office of President Thomas S. Monson hangs a painting of the Savior, a portrayal of the Lord Jesus Christ by famed artist Heinrich Hofmann. President Monson has had the painting since he was a bishop in the 1950s. It represents an ideal example—the Master after whom Thomas Monson has modeled his life.

“I love that painting,” President Monson says as he gazes at it yet again. “I feel strength in having it near me. Look at the kindness in those eyes. Look at the warmth of expression. When facing difficult situations, I often look at it and ask myself, ‘What would He do?’ Then I have tried to respond accordingly.”

Thomas Spencer Monson was born on August 21, 1927, the first son and second child of G. Spencer and Gladys Condie Monson. He grew up on the west side of Salt Lake City. President Monson would be the first to admit that he was a typical boy. He relates this story about an experience in Primary:

“I remember that our deportment in Primary was not always as it should be. I had a lot of energy and found it difficult to sit patiently in a class. Melissa Georgell was our ward Primary president. One day she asked me if I would visit with her. We sat on the front row of the benches in the chapel, and she began to cry. She then told me that she was sad because the boys in particular did not behave during Primary opening exercises. Innocently, I asked, ‘May I help, Sister Georgell?’

“With a smile on her face and a twinkle in her eye, she responded, ‘Would you?’

“I told her I would. The Primary’s disciplinary problems ceased that moment,” he laughs, explaining that he had been part of the challenge.

As a boy President Monson was fascinated by pigeons and began to raise them at home. Eventually he would raise prize-winning birds. When he was president of the teachers quorum in his ward, his adviser asked, “How would you like me to give you a pair of purebred Birmingham Roller pigeons?” The female of the pair was special, the adviser explained; she had only one eye, the other eye having been damaged by a cat. On his adviser’s instructions, he kept them in his own pigeon loft for about 10 days, then let them fly free to see if they would return.

“I was a grown man,” President Monson recalls, “before I fully realized that, indeed, Harold, my adviser, had given me a special pigeon, the only bird in his loft he knew would return every time she was released. It was his inspired way of having an ideal personal priesthood interview with the teachers quorum president every two weeks. Because of those interviews and that old one-eyed pigeon, every boy in that teachers quorum became active.” A young Thomas S. Monson (center) with Frances (right) and some other friends.

Tom graduated from high school and enrolled at the University of Utah. As he approached his 18th birthday, it seemed certain he would be drafted into military service, so he chose to enlist in the United States Navy Reserve. Thus he was able to return home and resume his college career—and also resume his courtship of Frances Beverly Johnson. He had met her during his first year at the university.

Thomas Monson and Frances Johnson were married on October 7, 1948, in the Salt Lake Temple, a few months after he graduated from the University of Utah with a degree in business management. He became an advertising executive for the Church-owned Deseret News, a daily paper, and would eventually hold several other related positions, including general manager of the newspaper company’s Deseret Press.

Thomas S. Monson learned many things through hard work, beginning when he was very young. Any man, for example, might have been intimidated by being called as a bishop at the age of 22, especially when the ward had 1,080 members, including 84 widows. But Bishop Monson wasted no time; he prayed and went to work. He served, he loved, he strengthened; it was his duty, but it was also the course his heart dictated. He was “on the Lord’s errand” (D&C 64:29). His concern and care for others, especially widows, continues to this day. 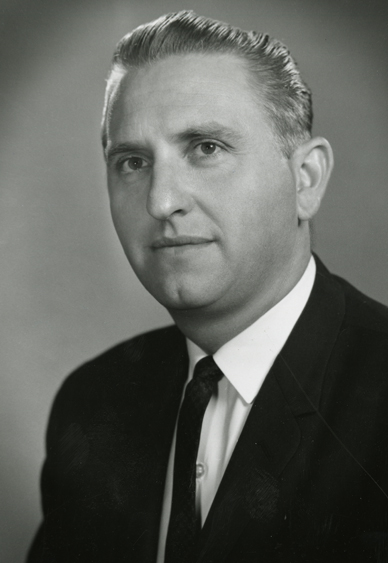 President Monson as general manager at the Deseret News Press, just prior to being called as an apostle in 1963.

At age 27, Thomas S. Monson was called as a counselor in the presidency of the Salt Lake City Temple View Stake. He was serving in that position when, at age 31, he was called as president of the Canadian Mission. After he returned from presiding over the mission, he was called to serve on the high council and on general Church committees. It would be little more than a year until he would, at age 36, receive a call as an Apostle of the Lord Jesus Christ.

One of President Monson’s singular accomplishments was in obtaining permission for a temple to be built in the former German Democratic Republic—when it was still behind the Iron Curtain. He had similar success in getting that government to allow Latter-day Saint missionaries to move freely into and out of the country before the Berlin Wall came down.

Throughout his ministry, President Monson has emphasized service. He has also encouraged members to rescue those who are struggling.

President Dieter F. Uchtdorf, Second Counselor in the First Presidency, shares this experience: “Some years ago, President Monson came to a regional conference in Hamburg, Germany, and it was my honor to accompany him. President Monson has a remarkable memory, and we talked about many of the Saints in Germany—I was amazed that he remembered so many so well. President Monson willingly accepted leadership roles at an early age. He was called as a bishop at age 22, a mission president at age 31, and as an apostle at 36. 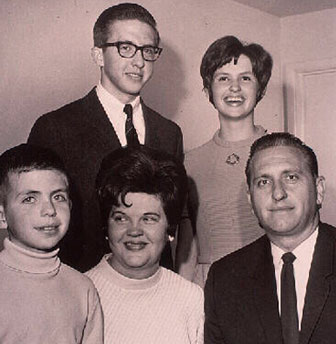 President and Sister Monson with their three children, Thomas, Ann, and Clark, just before son Thomas’s mission to Italy.

“President Monson asked about Brother Michael Panitsch, . . . who had been one of the stalwart pioneers of the Church in Germany. I told him that Brother Panitsch was seriously ill, that he was bedridden and unable to attend our meetings.

“President Monson asked if we could pay him a visit.

“I knew that shortly before his trip to Hamburg, President Monson had undergone foot surgery and that he could not walk without pain. I explained that Brother Panitsch lived on the fifth floor of a building with no elevators. We would have to climb the stairs to see him.

“But President Monson insisted. And so we went.

“I remember how difficult it was for President Monson to climb those stairs, . . . but President Monson cheerfully persevered until we arrived at the apartment of Brother Panitsch on the fifth floor.

“Once there, we had a wonderful visit. President Monson thanked him for his life of dedicated service and cheered him with a smile. Before we left, he gave him a wonderful priesthood blessing.

“No one but Brother Panitsch, the immediate family, and myself ever saw that act of courage and compassion. . . . President Monson came to Hamburg to teach and bless the people of a country, and that is what he did. But at the same time, he focused on the one, name by name. . . .

“When the Apostle Peter spoke of Jesus, who had been his friend and teacher, he offered this simple description: ‘[He] went about doing good.’

In 1985, the year he was called to the First Presidency, President Monson gave to family members his personal memoirs. After expressing gratitude for his beloved Frances and their children and grandchildren, he closed, “May I always be found ‘on the Lord’s errand.’ ”

Today, as President Monson ministers throughout the world, that prayerful hope has become a reality. 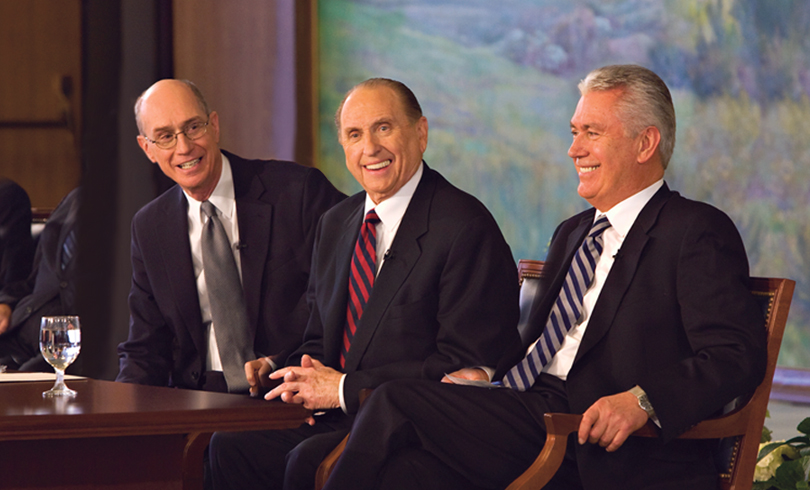