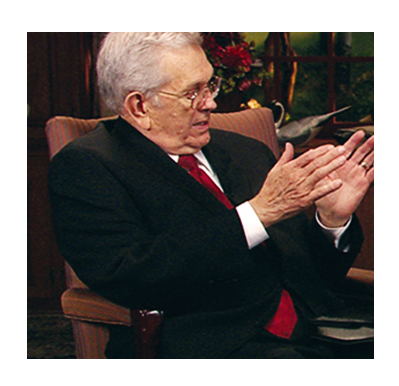 President Boyd K. Packer of the Quorum of the Twelve Apostles shares insights during a worldwide leadership training broadcast.

As a young man seeking to know the truth of the gospel, President Boyd K. Packer made a pledge to his Father in Heaven. “I went before Him and said, ‘I’m not neutral, and you can do with me what you want. If you need my vote, it’s there. I don’t care what you do with me and you don’t have to take anything from me because I give it to you—everything, all I own, all I am.’ ”

Boyd K. Packer was born on September 10, 1924, in Brigham City, Utah, to Ira W. and Emma Jensen Packer. He was the tenth of eleven children in the family. From his early years, he showed a love of the outdoors and nature. He had a particular fondness for birds. Over the years he has raised many birds, including peacocks, golden pheasants, and pigeons. He is also a gifted painter, and paintings and his carvings of birds have been displayed at the Church History Museum. 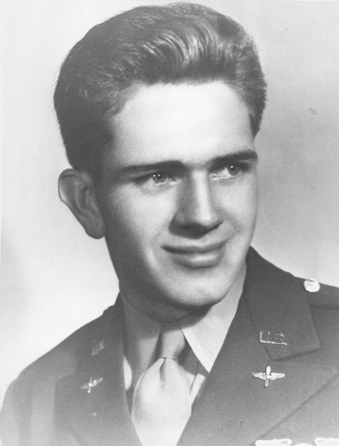 Like many of his generation, Boyd K. Packer served in the military.

As a very young boy, President Packer was stricken with polio, although doctors did not diagnose it correctly until years later. After the fever finally subsided he was allowed to get up, but he could not walk. He remembers clearly sliding around on the linoleum floor and pulling himself up on chairs to learn to walk again. It resulted in lifelong difficulties with his knees and hips. From this experience, he learned that great strength can come by overcoming trials and adversity and that there is “nothing to be gained by talking to other people about aches and pains. I just moved on through life.”

After graduation from high school, he worked for a time on construction of an army hospital in his hometown. Like many young LDS men of his generation, because of World War II he was unable to serve a proselyting mission. In the spring of 1943, he enlisted in the Army Air Force and graduated as a pilot the following year. He was ordered to the Pacific Theater and stationed in Japan for nearly a year after the end of the war.

He returned home in 1946 and enrolled at what is now Weber State University in Ogden, Utah. It was there he met Donna Edith Smith, also from Brigham City. They were married on July 27, 1947, in the Logan Utah Temple. They would become the parents of ten children: Allan, Kenneth, David, Laurel, Russell, Spencer, Gayle, Kathleen, Lawrence, and Eldon. 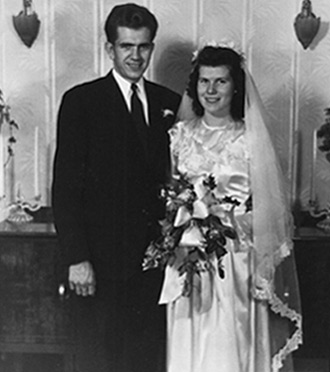 Boyd K. Packer and his wife Donna were married in the Logan Utah Temple.

A Desire to Teach

Those were busy years. In addition to functioning in local Church callings—teacher, assistant stake clerk, and high councilor—he began teaching seminary in 1949. The same army hospital in Brigham City that he had helped to build had been turned into a federally run school for Indian students, and from 1949 until mid-1955 the young seminary teacher, employed by the Church Educational System, also served as Coordinator of Indian Affairs at the school. In that role, it was his opportunity to work frequently with Elder Spencer W. Kimball of the Quorum of the Twelve Apostles. During this same period, he served a four-year term as a city councilman in Brigham City.

In 1955, he was appointed an assistant administrator of seminaries and institutes in the Church Educational System. He moved to Lindon, Utah, the following year. 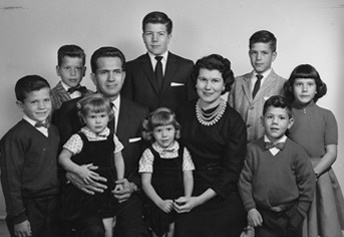 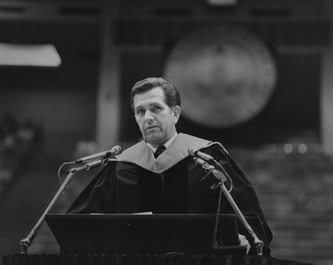 President Packer has fulfilled a lifelong goal of being a teacher. Here he addresses a graduating class at the University of Utah.

With a growing family, growing responsibilities, and continuing education, those early years of marriage were very full, but family was still a priority for him.

His son Allan, now Elder Allan F. Packer of the Seventy, says his father made himself available in the home to take advantage of every opportunity to teach. President Packer’s children still turn to him for counsel.

“He is our patriarch,” Allan comments. “He’s still a father, and that’s his number-one priority.”

One of President Packer’s daughters says her father has always seemed very sensitive to the promptings of the Spirit. When she was a student at BYU, “I remember that he would always call me on the days when I was having the roughest times.” A word of counsel or encouragement would help her through it. 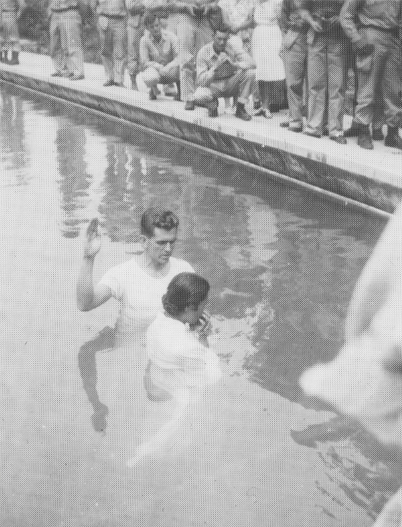 After World War II, Boyd K. Packer remained in Japan where, during his non-duty hours, he helped to share the gospel. Here he is preparing to perform a baptism. 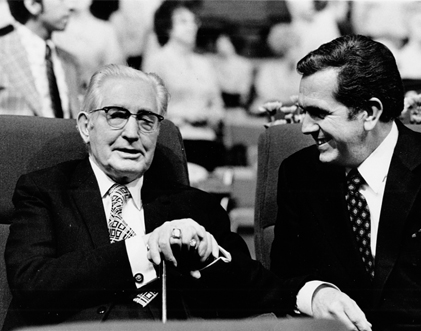 President Hugh B. Brown (1883-1975) shares a lighter moment with Elder Boyd K. Packer. President Brown served as a counselor in several First Presidencies and also in the Quorum of the Twelve Apostles.

A Life of Service and Testimony

President Packer continued to work for the Church Educational System until September 1961, when he was called as an Assistant to the Twelve. He was sustained to the Quorum of the Twelve Apostles in April of 1970.

After President Thomas S. Monson was sustained in April 2008, President Packer shared an Apostle’s perspective on the forward movement of the Church of Jesus Christ. His report on what happened at President Monson’s ordination showed both his reverence for the callings of Church leadership and his certainty as to the divine source of their authority.

“There was no question about what would be done, no hesitancy. . . . [In] that sacred meeting, Thomas Spencer Monson was sustained by the Quorum of the Twelve Apostles as the President of the Church.” There was also a vacancy in the quorum. That vacancy was filled by Elder D. Todd Christofferson, and there was no doubt as to how his calling came. “The calling of an Apostle goes back to the Lord Jesus Christ,” President Packer said, explaining that the process is not new. “The Lord Himself set in motion this pattern of administration.” 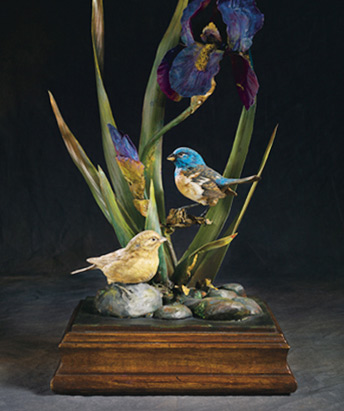 This sculpture, made by President Packer, demonstrates both his skill as an artist and his lifelong love of nature and of birds.

President Packer speaks of the living Apostles, including himself, as “ordinary people” who might wonder why they should be called to this holy office. “There are many qualifications that I lack. There is so much in my effort to serve that is wanting. There is only one single thing, one qualification that can explain it. Like Peter and all of those that have since been ordained, I have that witness.

“I know that God is our Father. He introduced His Son, Jesus Christ, to Joseph Smith. I declare to you that I know that Jesus is the Christ. I know that He lives. … He made His Atonement. Of Him I bear witness.”

Boyd K. Packer’s decision at an early age to give all he is to the Lord has led him to a lifetime of discipleship and to a calling as a special witness of the Lord Jesus Christ, a calling he continues to fulfill as President of the Quorum of the Twelve Apostles.