An educator by profession, his career includes service as supervisor of seminaries and institutes of religion for the Church and as a member of the Administrative Council of Brigham Young University.

He studied at Weber College and subsequently received his bachelor of science and master of science degrees from Utah State University. He received a doctorate in educational administration from Brigham Young University.

President Packer was born September 10, 1924, in Brigham City, Utah. He served as a bomber pilot during World War II in the Pacific Theater.

President Packer served as president of the New England Mission. He is the author of a number of books and other published works. He is an artist, particularly of birds. He is married to the former Donna Smith. They are the parents of ten children. 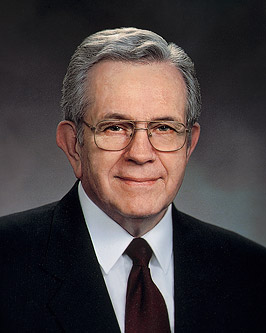