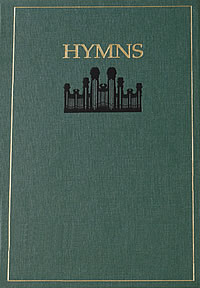 The following material is intended to help you use the hymnbook effectively. Included are explanations of the elements of the hymnbook; discussions on using the hymns for congregations, choirs, and special groups; and information for beginning music directors, organists, and pianists.

Elements of the Hymnbook

The table of contents groups the hymns into 11 general categories. Hymns of similar subject and mood are generally found in the same section. However, being listed in a certain category should not limit the use of any hymn. For example, some hymns in the sacrament section, such as How Great the Wisdom and the Love and I Stand All Amazed, may be used for other purposes, and selected verses of several of the hymns in this section may be used for Easter. The index of topics will help you find hymns on specific subjects.

The mood markings, such as “Prayerfully” or “Resolutely,” suggest the general feeling or spirit of a hymn, although the mood of some hymns may vary according to the occasion or local preferences. Metronomic markings indicate a tempo range (such as

= 69–76) and are also given as general guidelines; the locale and context in which a hymn is used may suggest greater flexibility.

Introduction Brackets for Pianists and Organists

on each hymn suggest a suitable piano or organ introduction. Before playing a hymn, scan it to make sure you see the complete introduction. You may want to highlight the brackets in your personal hymnbook, especially if the final phrase of an introduction does not happen to be at the end of the hymn.

You may also wish to shorten or lengthen the suggested introduction. If the hymn is unfamiliar, playing it completely through as an introduction can help the congregation feel more comfortable with it. If the hymn is well known, the last line or phrase may be a sufficient introduction. When using a short introduction, you may want to slow the tempo at the end to express a sense of completion.

In early Christian tradition, most hymns were musical settings of adapted scriptural texts. Most of our current hymns relate to a number of scriptures; some of the many possibilities are listed at the end of each hymn. Using the Topical Guide and Index found in the Latter-day Saint edition of the scriptures, you will find many more verses of scripture that enrich the messages of our hymns.

The hymnbook contains seven indexes with brief explanatory notes for each one: Authors and Composers; Titles, Tunes, and Meters; Tune Names; Meters; Scriptures; Topics; and First Lines and Titles.

Although part singing (soprano, alto, tenor, and bass) has a strong tradition in the Church, the goal in congregational singing is that all participate, no matter what their vocal ability may be. Because many members sing the melody regardless of their vocal range, the hymns are in keys that accommodate both unison and part singing. Some hymns—and parts of hymns—are specifically written for unison singing.

The hymns you select should reflect the general character of the meeting and help establish the proper spirit.

The opening hymn may be one of supplication or praise; it may express gratitude for the gospel, joy in being able to gather together, or enthusiasm for the work to be done.

An intermediate hymn provides an opportunity for congregational participation and may relate to the subject of the talks presented in the meeting. The congregation may stand during this hymn as appropriate.

The closing hymn is an opportunity for the congregation to respond to the spirit and content of the meeting.

Not every hymn is suitable for every Church-related occasion. Some hymns may be more appropriate for a youth gathering than for a sacrament meeting.

Selecting Verses to Be Sung

You need not feel compelled to sing all the verses of a hymn unless the message is otherwise incomplete. However, do not routinely shorten a hymn by singing just the first one or two verses. Singing the verses printed below the music is encouraged.

Achieving Balance in the Selection of Hymns

In addition to using hymns already known and loved, members are encouraged to become acquainted with new or less familiar hymns. Try to achieve a good balance between familiar favorites and less well-known hymns.

Standard, well-known hymns are often the best choice for stake conference, particularly if hymnbooks are not available for the entire congregation. Here are a few such hymns:

You may copy the hymns on a printed program unless the copyright restrictions on the hymn state that this is not permitted.

Hymns for Choirs and Special Groups

In this edition of the hymnbook no distinction is made between choir and congregational hymns. Choirs should use the hymnbook as their basic resource, selecting from the entire book. Choirs may also sing other appropriate anthems and hymn arrangements not included in the hymnbook.

Some of the hymns labeled “Choir” in previous hymnbook editions have been transposed to lower keys for greater congregational use. Choirs may want to keep copies of the past editions of the hymnbook to take advantage of higher keys and the possibility of modulating from one key to another. If only one copy of a previous edition is available, a hymn may be copied and used for this purpose, unless this is prohibited by the copyright notice.

Hymns from the hymnbook, sung without variation, are always appropriate as choir selections. You may also vary your presentation of the hymns; however, use such variations sparingly, making sure they are consistent with the spirit of the hymn. Here are a few hymn adaptations you may wish to consider:

In the women's section of the book are hymns for women's congregations and hymns that have been prepared for women's choirs and trios. In addition, the sisters can sing without adaptation most of the other hymns in the book in two parts (soprano and alto) or in three parts (if the tenor part is not too low).

The hymns in the men's section of the book are divided into two categories: Men, for men's congregations, and Men's Choir, for choirs and quartets. For a congregational hymn in priesthood meeting, it is generally preferable to choose from the standard congregational hymns or from those marked Men.

Several hymns are specifically arranged for men's choirs; in addition, many hymns for congregations and those marked Men can be adapted for use by men's choirs and quartets:

The main problem in adapting hymns for a men's choir is finding tenors who can sing as high as the alto may go; some high notes may need to be adapted. You may also transpose the hymn to a lower key, adapting the bass part.

For an example of an adaptation in the hymnbook, compare Should You Feel Inclined to Censure (no. 235), a congregational arrangement, with Brightly Beams Our Father's Mercy (no. 335), the same music arranged for men's voices.

Another possibility in adapting a hymn for a men's choir is to have the alto part sung below the melody. When this is done, the bass part is optional.

You will note that in the hymns arranged for men's choirs, a tenor clef symbol is used instead of the usual treble clef symbol.

You should generally play the right-hand notes of these hymns an octave lower than the treble clef. The result is a rich, effective accompaniment for men's voices.

A measure is the smallest musical unit bordered by vertical lines:

In the hymnbook, when a measure is carried over from one line of music to the next, the end of the first line is left open to show that the measure continues on to the next line:

The time signature (two numbers, one above the other, such as

is found at the beginning of each hymn. The top number indicates the number of beats or pulses in each measure. The bottom number tells what kind of note gets a beat or pulse. For example, a

time signature means there are three beats per measure in the hymn, and a quarter note (

The purpose of beat patterns is to keep the congregation together rhythmically and to communicate the mood and spirit of the hymn. Patterns should be kept simple, but may vary according to the nature and mood of the hymn. The dots on the beat patterns show where the rhythmic pulses of the hymn occur.

hymn with a slow tempo, such as Silent Night (no. 204), may be conducted with either the traditional six-beat pattern or a double three-beat pattern—first a large one, followed by a smaller one:

hymn with a moderate tempo, such as Dear to the Heart of the Shepherd (no. 221), may be conducted by omitting the second and fifth beats of the traditional six-beat pattern, and pausing at those points in the pattern:

When using the last two beat patterns, be sure to keep the rhythm or pulses of the hymn constant.

Some Hymns That Are Easy to Conduct:

For Beginning Organists and Pianists

Some hymns may have notes or passages that are difficult to play. Feel free to adapt such passages to your own ability by dropping less-important notes from chords. You may want to mark your own hymnbook for this purpose.

Hymns frequently have a space between the tenor and bass notes that is too wide to reach with the left hand. Often the right hand can include the tenor note quite easily. You may want to mark such notes with a bracket to remind yourself to play them with your right hand:

Some hymns and children's songs are written with the piano in mind. If the organ is used for these songs, it is sometimes preferable to use manuals only, without pedals.

A cue note, or small note, means that the note is optional. Following are examples of how cue notes may be used:

Some Hymns That Are Easy to Play: