Viewpoint: Do Something Good 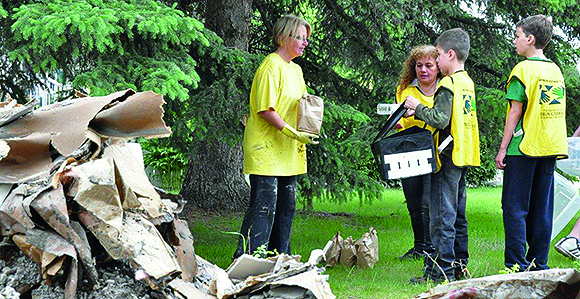 Volunteers help during floods in Calgary, Canada. “We are the Lord’s hands here upon the earth, with the mandate to serve and to lift His children," said President Monson during his October 2009 general conference address.

“Great things are brought about and burdens are lightened through the efforts of many hands anxiously engaged in a good cause.” —Elder M. Russell Ballard

In the early morning hours of August 29, 2005, Hurricane Katrina came ashore in New Orleans with winds extending up to 105 miles from the center.

Dubbed by some national media outlets as “the storm that destroyed everything,” Katrina left more than 1 million people without power and water and caused massive flooding. The hurricane, which killed hundreds, was one of the worst natural disasters in U.S. history.

Just weeks after the storm, 15 Church members from Houston, Texas, traveled to Slidell, Louisiana, to offer assistance to those hit by the storm. There they met a 74-year-old German woman who had been sleeping on a towel in her kitchen because her home had been severely flooded. Mold was growing on the water-damaged walls.

When the team knocked on the door, they were met with hesitation. Their presence followed a visit from a man who said he was with a tree-cutting business and needed a deposit to start work. The woman, not a member of the Church, paid the man and never saw him again.

The Church crew assured the woman they were different. She let them into her home and showed them what appeared to be insurmountable tasks: removing her damaged carpet and sheet rock. Immediately, the men went to work, and most of the day they performed exhausting work pulling up and removing wet carpet.

At the end of the day, the men told the woman they wished they could do more. With the carpet removed, they marked “done” on their work order and reported to their project supervisor.

“I mentioned how hard a project it had been and that she still had mold on her walls,” said David Frey, a member of the work crew. “The work project supervisor looked at me in silence and slowly slid the work order form back to me and told me, ‘You need to go back and remove the mold-infested sheet rock from this woman’s home.’”

The next day, the men returned to the woman’s house. With the help of another LDS work crew, they pulled all the moldy sheet rock (see “Heroic Response,” Church News, Sept. 25, 2005). 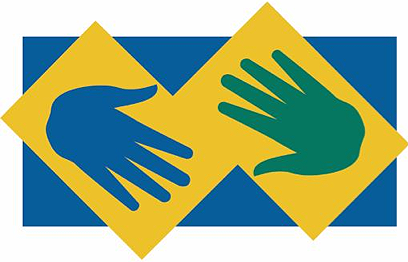 The work accomplished by the two crews is an example of service rendered by those seeking to become true disciples of Jesus Christ. Surrounded by total devastation, the men—15 the first day and double that the second day—did not try to do everything for every victim of the storm. Instead, they spent hours helping one woman who was not even a member of their church.

In 2013, Latter-day Saints provided emergency response and humanitarian assistance to nearly 2 million people in 132 countries (see http://www.ldsphilanthropies.org/humanitarian-services). That work, a great task, came about because thousands of Church members each did something small.

“Great things are brought about and burdens are lightened through the efforts of many hands anxiously engaged in a good cause,” Elder M. Russell Ballard of the Quorum of the Twelve Apostles said during his October 2012 general conference address.

He spoke of what honeybees achieve as each makes its contribution in pollinating plants and trees and condensing nectar into honey. Like the men serving in the aftermath of Katrina, a bee’s individual contribution is small (one-twelfth of one teaspoon of honey to the hive), but collectively, all of the bees’ work is great.

“The bees depend on each other,” he said. “Work that would be too overwhelming for a few bees to do becomes lighter because all of the bees faithfully do their part. …

“… Imagine what the millions of Latter-day Saints could accomplish in the world if we functioned like a beehive in our focused, concentrated commitment to the teachings of the Lord Jesus Christ.”

Elder Ballard spoke of the humanitarian service given by Church members in times of crisis—fires, floods, hurricanes, and tornadoes.

“These much-needed and much-appreciated emergency responses should certainly continue as a way of bearing one another’s burdens. But what about our everyday lives? What would be the cumulative effect of millions of small compassionate acts performed daily by us because of our heartfelt Christian love for others?”

President Thomas S. Monson said that as Church members look heavenward, they inevitably learn of their responsibility to reach outward. “We do not live alone—in our city, our nation, or our world. There is no dividing line between our prosperity and our neighbor’s wretchedness. ‘Love thy neighbor’ is more than a divine truth. It is a pattern for perfection. … Ours is the opportunity to build, to lift, to inspire, and indeed to lead” (Teachings of Thomas S. Monson, 281).

After two days’ hard work, the Church members from Texas helped only one person and cleaned one home. But they did much good. They provided help. They did what they could—and then returned to do more. They offered hope.

One member of the relief team served a mission in Germany; he spoke to the woman in her native tongue. He was “giving her something more important than a mold-free home. He was giving her hope, comfort, and friendship,” one of his team members observed.

“My brothers and sisters, we are surrounded by those in need of our attention, our encouragement, our support, our comfort, our kindness—be they family members, friends, acquaintances, or strangers,” said President Monson during his October 2009 general conference address. “We are the Lord’s hands here upon the earth, with the mandate to serve and to lift His children. …

“You may lament: I can barely make it through each day, doing all that I need to do. How can I provide service for others? What can I possibly do?”

But the work that cannot be done alone can be accomplished by many working together—like bees collecting honey or thousands of Latter-day Saints “Helping Hands” converging on an area devastated by disaster.