Saints: The Story of the Church of Jesus Christ in the Latter Days is being serialized this year in Church magazines.

“Lucy and Joseph Sr. both came from Christian families and believed in the Bible and Jesus Christ. Lucy attended church meetings and often brought her children with her. She had been seeking the true church of Jesus Christ since the death of her sister many years earlier.

“Once, after falling gravely ill sometime before Joseph’s birth, she had feared that she would die before finding the truth. She sensed a dark and lonely chasm between her and the Savior, and she knew she was unprepared for the next life.

“Lying awake all night, she prayed to God, promising Him that if He let her live, she would find the Church of Jesus Christ. As she prayed, the voice of the Lord spoke to her, assuring her that if she would seek, she would find” (Saints, volume 1, chapter 1).

Readers are now getting their first look at a new four-volume history of the Church announced last year. (See related story.)

Saints: The Story of the Church of Jesus Christ in the Latter Days debuted in the February editions of the Ensign and Liahona magazines. The first chapter of volume one was printed in the edition, preceded by an introductory article by Elder Steven E. Snow, General Authority Seventy and Church Historian and Recorder. Subsequent chapters were published in the magazines over the next several months.

The magazine issues can be accessed online now at magazines.ChurchofJesusChrist.org. The first eight chapters will be serialized in this way and will be available in 47 languages.

Elder Snow begins his article with an 1861 quotation from President Brigham Young, “who urged Church historians to change their approach. ‘Write in a narrative style,’ he advised, and ‘write only about one tenth part as much.’”

Elder Snow continued, “The story on the next pages follows that counsel.”

Noting that Saints was prepared in response to the Lord’s commandment in Doctrine and Covenants 47:3 to “keep the church record and history continually,” Elder Snow explained that it is unlike past histories of the Church.

“It is a narrative history written in an engaging style that will be accessible to both youth and adults,” he remarked.

“Saints, however, is not historical fiction. It is a true story based on the records of people from the past. Every detail and every line of dialogue is supported by historical sources.”

Endnotes included with each chapter refer to additional sources, thus inviting readers to explore actual records, related topics, and even more stories. Hyperlinks in the online versions can take the reader directly to the source with a single mouse click.

The books include both divine truth and stories of imperfect people trying to become Saints through the Atonement of Christ, he pointed out. “Taken together, the four volumes tell the story of the Lord’s Church striving to fulfill its mandate to perfect the Saints.”

“The global reach of the restored gospel since then and the Lord’s command to keep the history continually ‘for the good of the church, and for the rising generations’ (D&C 69:8) signal that it is time to include more Latter-day Saints in the story,” Elder Snow wrote in his article.

While it tells the story of ordinary men and women from the earliest days of the Church, the new work “provides new detail and insight into better-known people and events from Church history,” he explained.

“Each story will help you understand and appreciate the Saints who came before you to make the Church what it is today. Like you, they sacrificed to establish Zion, and they had challenges and successes as they sought to understand and implement divine direction.”

Elder Snow noted that additional in-depth material on selected topics will be published online to support each volume. This is indicated in the endnotes, where the word Topic is printed in boldface to indicate additional information online at saints.ChurchofJesusChrist.org.

Elder Snow spoke of the new history in an address on June 3 of last year at the 52nd annual Mormon History Association Conference in St. Louis, Missouri (see related story). On that occasion, he said the volumes will be “transparent, honest, and faithful,” with controversial aspects of Church history covered in the context of the entire story.

He also said the books will be published in an inexpensive, paperback form and for free online and are being written at a 9th- or 10th-grade reading level, so as to make them widely accessible. 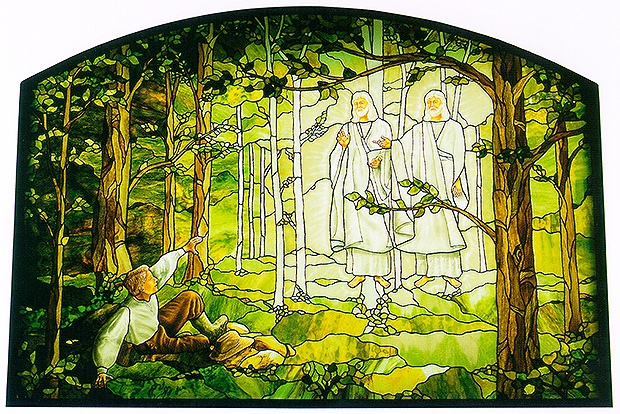