President Henry B. Eyring, Second Counselor in the First Presidency of the Church, is recognized in the Idaho state senate on Tuesday, March 3, 2020.

While in Idaho on Tuesday, President Henry B. Eyring opened the state senate session with a prayer.

“I am honored to be here and grateful for the invitation to pray with you,” the Second Counselor in the First Presidency told the state senators, according to Newsroom.

During a ministry visit to Boise, Idaho, President Eyring visited the Idaho State Capitol, greeted community officials and leaders of other faiths, and toured the Idaho Foodbank.

Elder Jack N. Gerard, a General Authority and Idaho native, accompanied President Eyring during his visit. “President Eyring has a very personal touch and ability to relate on the individual basis while teaching broader principles,” he said.

“Today he had the opportunity to visit with those leaders in the Boise area that cover most of Idaho, and he is a true minister in every sense of the word.”

President Eyring represented the Church in announcing a partner contribution to the food bank. Those at the food bank are doing “such wonderful work” to meet needs, he said. “I felt that with everyone I met here today.”

At the state capitol, he presented Governor Brad Little with his family history. Spending time with leaders of the state, President Eyring said, “Again you got the feeling of the goodness of these people. I was delighted to be here and represent the Church.”

President Eyring was recognized by leaders of the state house for his contributions to Idaho, including his six years as president of Ricks College, now BYU–Idaho.

“I spent some of the happiest years of my life as the president of Ricks College and felt there—because so many of the students were from Idaho—kind of a feeling I had never felt, of good values, of hard work and integrity,” he said. 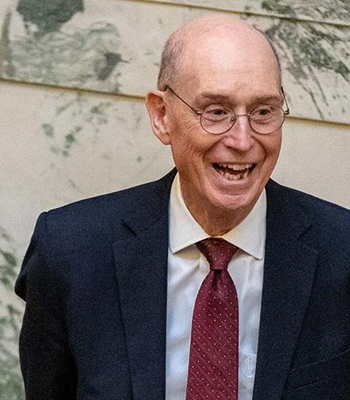 President Henry B. Eyring, Second Counselor in the First Presidency of the Church, is recognized in the Idaho senate on Tuesday, March 3, 2020. 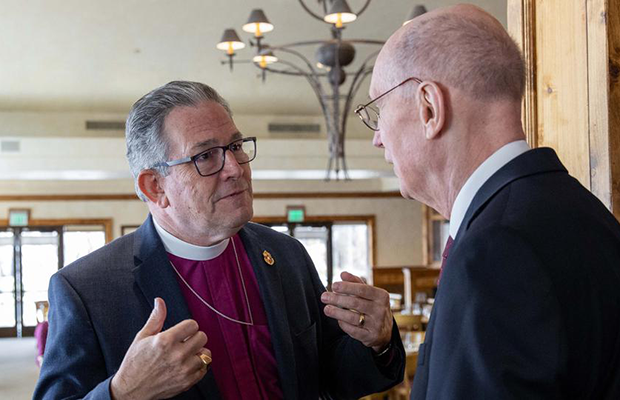 President Eyring welcomes the Rt. Rev. Brian J. Thom, bishop of the Idaho Episcopal Diocese, to a luncheon in Idaho on Tuesday, March 3, 2020. 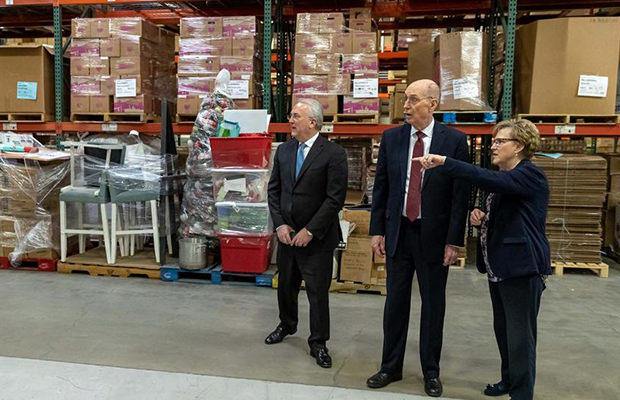 President Eyring and Elder Jack N. Gerard are taken on a tour of the Idaho Foodbank with Karen Vauk, president and CEO, on Tuesday, March 3, 2020. 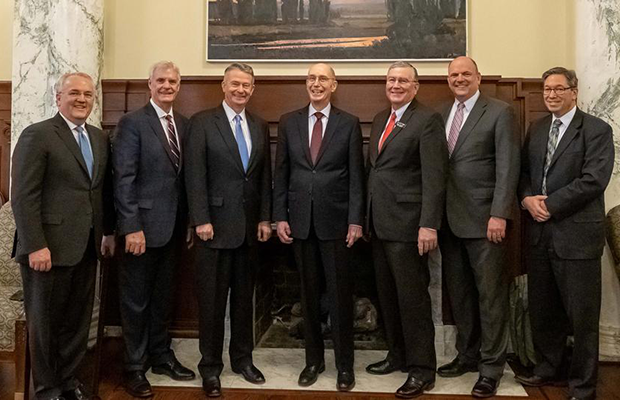