Elder D. Todd Christofferson of the Quorum of the Twelve Apostles and his wife, Katherine, take a tour of The Riverside Church’s food pantry on February 27, 2020. During the global faith leader’s visit, Elder Christofferson announced that 600 tons of food will be delivered to 200 pantries across New York state, including The Riverside Church, to celebrate the 200th anniversary of the Prophet Joseph Smith’s First Vision.

“These donations mean that people will get the nutrition and food they need to sustain them in their lives,” Barnette told Newsroom following an event at the bishops’ storehouse in Richmond on Tuesday, March 3.

Elder Allen D. Haynie, a General Authority Seventy who accompanied Elder Christofferson at the bishops’ storehouse, said eight pallets of food already arrived, and the remaining food will be delivered to the food pantries in coming months.

“Over the course of this next year, we’re going to be donating a lot of food to . . . a total of 10 different food banks that are associated with churches in the inner city in an effort to meet some of the needs of some of those who are less fortunate,” Elder Haynie said.

Elder Christofferson’s visit to the bishops’ storehouse in Virginia was one stop during his recent assignment to the northeast with his wife, Sister Kathy Christofferson.

While in Virginia, Elder Christofferson also met with Governor Ralph Northam at the Virginia State Capitol and ministered to full-time missionaries and local Church leaders.

“We talked about the service work that members of the Church do here,” said Elder Christofferson following the meeting with Northam. “We told him that we want our people to be the best citizens he has.”

Elder Christofferson presented the governor with information about Northam’s family history and a leather-bound copy of the Book of Mormon. 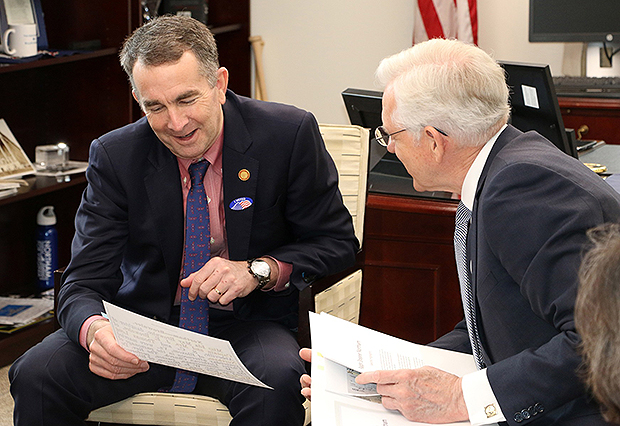 Virginia governor Ralph Northam receives information about his family history from Elder D. Todd Christofferson of the Quorum of the Twelve Apostles in the governor’s office in Richmond Tuesday, March 3, 2020. 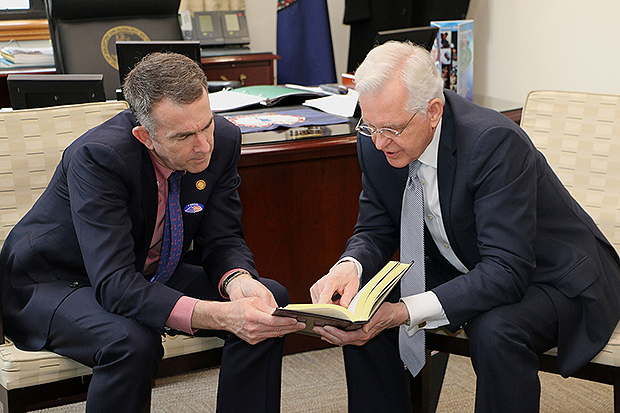 Elder D. Todd Christofferson of the Quorum of the Twelve Apostles gives Virginia governor Ralph Northam a copy of the Book of Mormon in the governor’s office in Richmond Tuesday, March 3, 2020.

He later met with Henrico County leaders who govern the county where ground will be broken in April for the Richmond Virginia Temple, the state’s first.

While in New York City on February 27, Elder Christofferson announced 600 tons of food will be donated to 200 food pantries in the state—in celebration of the 200th anniversary of the First Vision, which occurred in Palmyra, New York, in 1820.

Humanitarian work is almost always accomplished in partnership with other religious and government entities, he told Newsroom. “Religious institutions are at their best working with one another and in collaboration with secular and governmental organizations to relieve suffering and to act preventatively in strengthening families, communities, and society in general.”

Earlier that day, Elder Christofferson spoke at the New York Latter-day Saint Professional Association’s annual banquet at the Riverside Church in Manhattan. He gave examples of attributes individuals develop as a result of their relationship with Deity, including honesty, duty, moral self-discipline, sacrifice, compassion toward others, and civic engagement.

“I am not for a moment suggesting that religion is the only source of virtue within society or that secular people cannot be highly moral,” he continued. “My point is simply that very often religion does the hard work of inculcating the habits and mores necessary for free and democratic societies to flourish.” 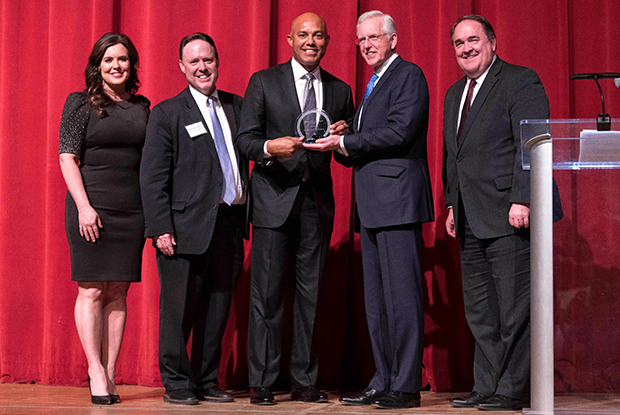 At the event, Mariano Rivera, a former New York Yankees baseball player and 2019 Baseball Hall of Fame inductee, received the Visionary Leadership Award. He established the Mariano Rivera Foundation, a charity that provides youth from low socioeconomic backgrounds in the U.S., Panama, and other countries with educational opportunities.

Elder Christofferson said of Rivera: “He has donated 10 percent of his baseball salary to the foundation, plus all of his substantial earnings from endorsement deals. The Giving Back Fund ranked him 25th on its list of most-generous celebrity donors. When you think of all the celebrities around, that is quite an achievement.”

Funds from the banquet will be used to provide need-based scholarships for New York–area youth.

Elder D. Todd Christofferson (left) of the Quorum of the Twelve Apostles speaks with local interfaith leaders, including Imam Deen Shareef from The Council of Imams in New Jersey, on February 27, 2020, at The Riverside Church in Manhattan.

Pallets of food that will be donated to inner-city churches in Richmond, Virginia, are delivered to the bishops’ storehouse Tuesday, March 3, 2020. 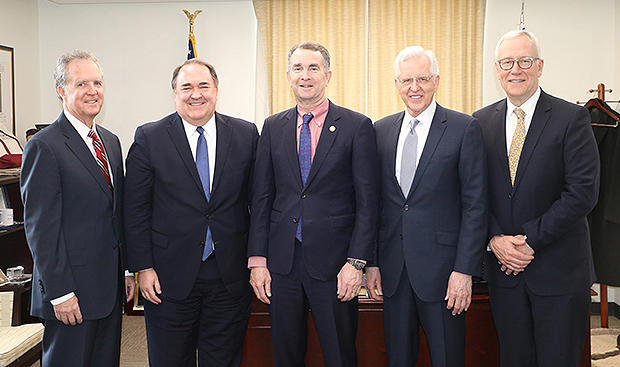 Elder D. Todd Christofferson of the Quorum of the Twelve Apostles and other leaders of The Church of Jesus Christ of Latter-day Saints meet with Virginia governor Ralph Northam (center) in Richmond Tuesday, March 3, 2020.