Thomas S. Monson and his counselors in the Sixth-Seventh Ward bishopric. Sustained as bishop May 7, 1950, he loved and served the 85 widows in his ward—as well as others in need—as the Savior would have done.

“While they might feel they benefit by my visit, I know I come away a better man for having spent perhaps a half hour or hour reminiscing with each of these sweet sisters who are in the late years of their lives.” —President Thomas S. Monson (in To the Rescue, 142)

At the young age of 22 and just 18 months after he and Frances Johnson married, Thomas S. Monson was called to serve as bishop in the Sixth-Seventh Ward in the Temple View Stake in Salt Lake City. The ward—the same unit he had spent his childhood and youth years attending—had more than 1,080 members; 85 of them were widows.

It was during that time that the young bishop learned the importance of ministering to the one. His service went beyond the pulpit, as he regularly visited the widows of his ward, making sure their temporal and spiritual needs were being met. They became “his widows,” but, more than that, despite the decades that separated their ages, they became his friends.

“One night during the Christmas holidays some years ago, President Monson was making his customary rounds to ‘his’ widows, leaving gifts purchased from his own pocket, including plump dressed chickens that were, in the early years, raised in his own coops,” Elder Jeffrey R. Holland wrote in an Ensign article in September 1994. “In one of the many Salt Lake City rest homes he has come to know so intimately, he found one of his ward members, alone and silent in the darkened room of a world made even darker by the onset of blindness. As President Monson made his way to this sweet sister’s side, she reached out awkwardly, groping for the hand of the only visitor she had received in the whole of the Christmas season.

“‘Bishop, is that you?’ she inquired. ‘Yes, dear Hattie, it is I.’ ‘Oh Bishop,’ she wept through sightless eyes, ‘I knew you would come.’ They all knew he would come, and he always did.”

Although the call to serve as bishop of the Sixth-Seventh Ward lasted only a few years, his dedication to his widows has gone far beyond his assigned stewardship. While many relinquish responsibility as a new bishop is called, President Monson’s loyalty to his widows continued as he visited and looked after his friends for years to come. Oftentimes those visits were made to hospital beds on the snowiest of nights or holidays.

“To such homes he sends you and me,” he said. “And while they might feel they benefit by my visit,” he later noted, “I know I come away a better man for having spent perhaps a half hour or hour reminiscing with each of these sweet sisters who are in the late years of their lives” (in To the Rescue, 142).

Although his Church callings and responsibilities over the years have often taken him on the road for weeks at a time, President Monson made it to every funeral of his widows and spoke as he had promised them he would. It didn’t matter how busy his calendar looked, President Monson often interrupted things he had on his busy schedule to take care of the most important things in life—people.

In an article published in the Liahona magazine in June 2008, Elder Holland said of President Monson in regard to serving others, “Those who know him well understand that he has not done these things simply because his parents expected him to do so or because the widows were the responsibility of a bishop or because it was his role as an Apostle. He has given this kind of selfless service because that is who he is. Thomas S. Monson does those things because they are what his Savior would have done.”

For as long as he could visit—well into his later years—President Monson spent his hours making visits, bringing warm greetings, birthday wishes, and comfort for heartache or physical ailments to those in need. Although many years had gone by since his 85 widows had passed away, he filled his life with dedicated service, loyal to the end of his life to friends he met early on in life or in later years.

“You develop an appreciation that Heavenly Father knows who you are. And He says, ‘Here, go do this for me.’ I always thank Him. My only regret is that I don't have more time to do the many things we are called upon to do. I work hard. I work long. I hope I work effectively, but I never feel I have exhausted what I should be doing” (Church News, Feb. 9, 2008). A few days before his 80th birthday, the Church News asked if he had a birthday wish regarding his future. President Monson said, “I want to live the best I can and do the most for others as long as I can” (Church News, Aug. 25, 2007). 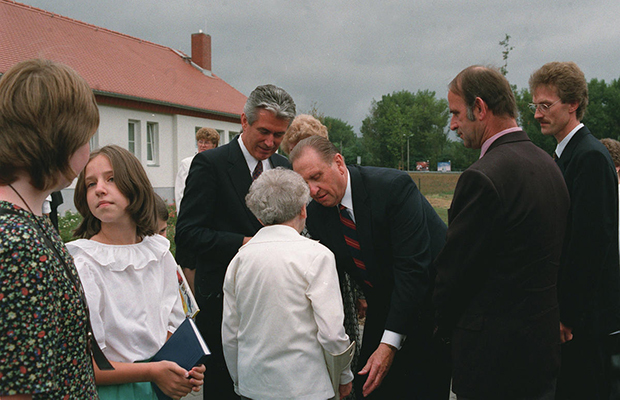 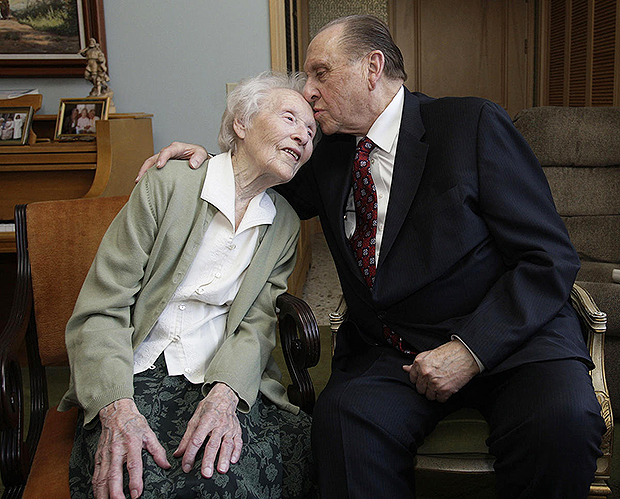