Looking Back: “In Lieu of Flowers, Take an Older Person to Lunch” 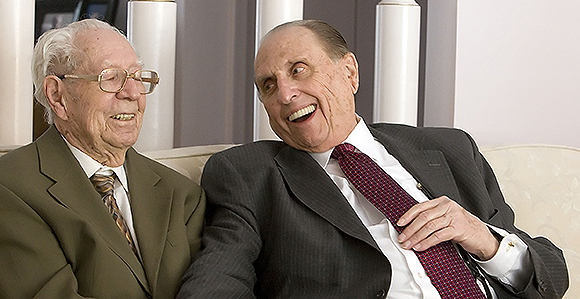 Toward the end of an interview on the occasion of his 80th birthday, President Thomas S. Monson said that he had spoken at many funerals.

While on the topic of funerals, he said that his daughter, Ann M. Dibb, showed him several obituary notices she had clipped out of newspapers. One notice included the phrase “gone fishing” another, “gone home teaching.”

President Monson said that one obituary stood out. It said, “In lieu of flowers, take an older person to lunch.” 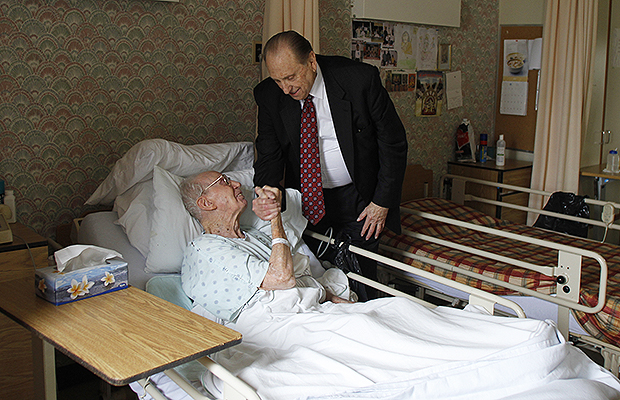 President Thomas S. Monson visits with Pat Davies, called as the first patriarch of the Toronto Ontario Stake, which President Monson organized in 1962, on June 26, 2011. Photo by Gerry Avant. 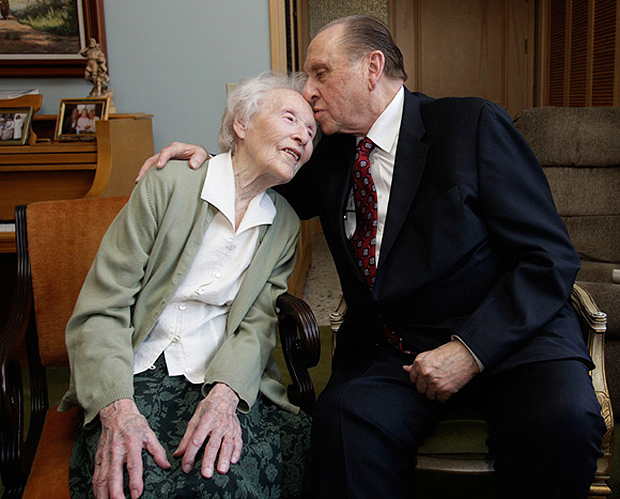