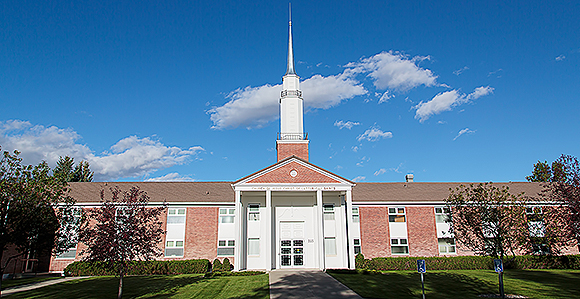 The First Presidency and Quorum of the Twelve Apostles announced Thursday, March 12, that all Church gatherings will be suspended immediately.

As the rapid spread of COVID-19 continues across the globe, the First Presidency and Quorum of the Twelve Apostles announced Thursday afternoon that all Church gatherings—including public worship services and sacrament meetings, stake conferences, leadership conferences, and stake, branch, or ward activities—will be suspended immediately. The announcement included no end date.

“We have considered the counsel of local Church leaders, government officials, and medical professionals, and sought the Lord’s guidance in these matters,” the First Presidency and Quorum of the Twelve Apostles said in a letter to Church members worldwide.

“Where possible, leaders should conduct any essential leadership meetings via technology. Specific questions may be referred to local priesthood leaders. Further direction related to other matters will be provided.”

The outbreak of the coronavirus, a respiratory illness with symptoms similar to the flu, has been at the center of media and governmental attentions around the world since early February.

Bishops, after counseling from their stake president, should determine how to make the sacrament available to members at least once a month during this time of suspended gatherings.

According to the letter, the senior Church leaders “encourage members in their ministering efforts to care for one another. We should follow the Savior’s example to bless and lift others.

“We bear our witness of the Lord’s love during this time of uncertainty,” the letter continued. “He will bless you to find joy as you do your best to live the gospel of Jesus Christ in every circumstance.”

These changes follow significant adaptations announced earlier, on March 11, in three letters also signed by the First Presidency and Quorum of the Twelve Apostles. The changes included the following:

“We are deeply concerned about the global spreading of illness caused by COVID-19,” the senior Church leaders wrote.

Additionally, on March 12 the governor of Utah called for a limit of gatherings in Utah to less than 100 people and urged churches, companies, and organizations to follow those guidelines.