To create the 2020 Youth Theme video, four Latter-day Saint youth, accompanied by a film crew and production team from Church headquarters, spent two weeks carrying a full-size door throughout New Zealand—not only through airports but up rocky mountains, through fields of swaying grass, and across black-sand beaches.

“[When I was helping with the mutual theme video], I saw the Lord work in such mysterious ways.” —Zyon Lavakula, New Zealand youth

In past years, Church film crews have ventured to Japan, the Philippines, and Brazil to create stunning videos as teaching aids for the youth. The 2020 Youth Theme focuses on the “go and do” part of 1 Nephi 3:7 and the importance of acting on revelation.

“The purpose of the theme video is to help youth feel what the Lord would have them learn and do to follow the invitation in the Youth Theme scripture,” said Fernando Camilo, a product manager for youth programs for the Church. “As they embark in a year of learning about the principles found in the scripture, the music and visuals in the video will help them start a conversation.”

To create the 2020 Youth Theme video, four Latter-day Saint youth, accompanied by a film crew from the Pacific Area and Church headquarters, spent two weeks carrying a full-size door throughout New Zealand—not only through airports but up rocky mountains, through fields of swaying grass, and across black-sand beaches.

The door plays a symbolic role in the video, encouraging youth to “go and do” the things that what the Lord commands. The door also a visual element featured in the 2020 Youth Theme logo.

Making the Video: a Metaphor for the Theme

According to Camilo, the process and journey of creating the youth theme became a metaphor for the theme itself.

The young New Zealanders featured in the video—Theo Magalogo, Zyon Lavakula, Huia Shortland, and Melissa Maine—and a Church film crew and production team worked from sunrise into the night in eight different locations in New Zealand. Although the work was not easy, members of the group said they saw miracles throughout the process.

“The process is just what it took to ‘go and do’ what was needed to make the youth video,” he said. “We kept seeing the hand of the Lord throughout the process”—such as the appearance of a double rainbow in one shot—“but it was an incredible amount of work. We had to do our part.”

“I saw the Lord work in such mysterious ways,” said Zyon Lavakula, one of the youth participants. “Every day, I would see Him line up the perfect shots, people, and places to make this happen.”

The more than 60 minutes of footage of breathtaking scenery captured from this vibrant, rugged country was pared down to a 4½-minute video. It and other resources for the 2020 theme can be found here.

The Meaning of the Door

With David Archuleta singing the English version of the 2020 Youth Theme song in the background, the video portrays four youth, who range in age from 15 to 18, as they individually struggle through different landscapes until they reach a door, which takes on a different meaning for each of the youth.

The door symbolizes different things for different people, Magalogo said. “At first I thought it represented a gateway to a better place. But then after praying, studying, and looking at that door for longer, I have realized that, for me, the door represents Jesus Christ.”

The experience impacted his perspective of his work with the video. “When I saw that door there for me, I kept visualizing the Savior standing there. I felt the Spirit as I looked at the door, and it’s an experience and testimony that I will forever hold.”

“No matter how dark things get, or how lost we feel, there is always a door,” said Shortland. “It could be scriptures. It could be prayer. It could be hymns. I think the door is anything that brings you closer to God. For me, the door is the Lord speaking to me.”

She continued, “In the end, the door is really anything that brings you closer to God. It’s your way toward Him.”

Portraying the Struggles of Youth

The film crew and producers worked with the young people to help them portray feelings of despair youth may face in everyday struggles.

After working on the video, Magalogo, who has since left to serve a mission to Kiribati, in Micronesia, said, “Every day before working on this video, I prayed that other youth would relate and find comfort in seeing that I’ve faced the same issues too. Struggle isn’t a rare thing, and nobody is alone in facing it. I’ve experienced struggle and confusion as have many other youth.”

Shortland worked hard to portray youth who feel confused and overwhelmed by the choices they have to make in life. “I know there are kids out there that are going through times like this, and I hope they can see this video and say, ‘Wow, I can totally relate to this kind of emotion.’”

“As youth see themselves in this video, we hope they will feel the Spirit of the Lord and be encouraged to ‘go and do,’” Camilo said.

The Importance of Personal Revelation

The youth said they gained personal testimonies of personal revelation and God’s plan through working on the video and seeing connections to their own lives.

Magalogo said that “while studying the theme scripture, 1 Nephi 3:7, I noticed that while it says the Lord will prepare a way for us, it doesn’t say that the way He prepares will be easy. But even though the Lord doesn’t promise an easy path when we follow Him, He does promise joy, peace, and blessings.”

“The door to God is always there,” Shortland said, “and it’s always unlocked. The waves may crash, but following His guidance will always help you find His light again.”

“It can be hard to know which way to go,” said Maine. “But I’ve learned that I just need to make sure that I always think about God first. When I communicate with God more often and try to involve Him in my life as much as possible, all of my other activities fall into place and life seems a lot easier.”

Several of the youth from the video are currently preparing to serve missions.

Shortland said that while working on the video, “I felt the strongest impression that I needed to serve a mission. My whole life I didn’t want to—like, really didn’t want to. I keep receiving more and more assurance that I should someday serve a mission. I’m doing my best to prepare for that day, because I know that the Lord never asks us to do something that won’t help us in the end.”

“I can already see little ways the Lord is preparing the way for me to accomplish the things He’s asked me to do,” she added.

“I know that the Lord wants me to bring that light to people who are in darkness,” said Lavakula. “And I’ve always had a strong desire to accept and serve that mission. And since I’ve turned 18, I’ve seen so clearly how He has lined things up to help me prepare to serve a mission.”

The video and other resources for teaching the Youth Theme will be released in November during the Face to Face for Children and Youth with Elder Gerrit W. Gong, who will provide more details for the new Children and Youth program debuting in 2020. 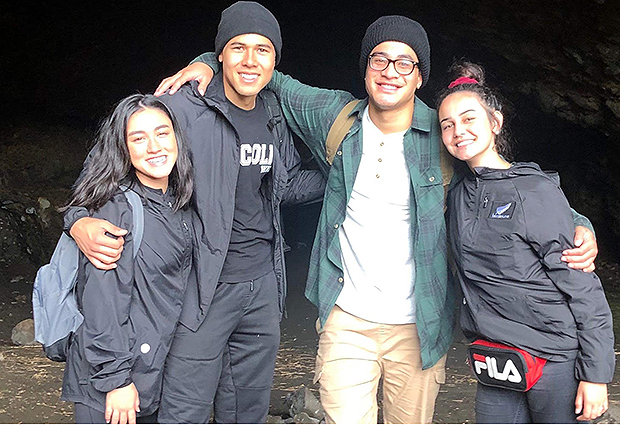 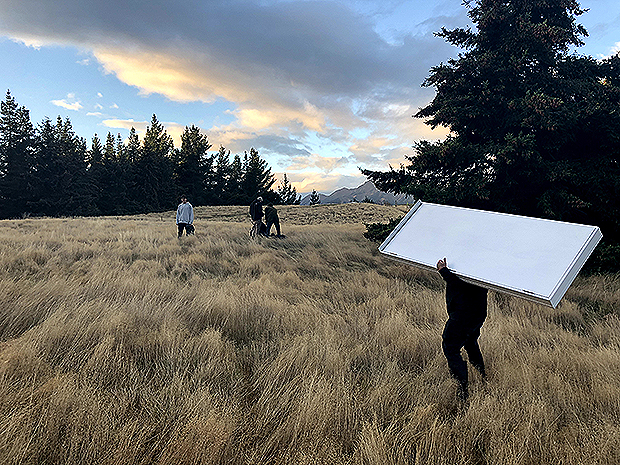 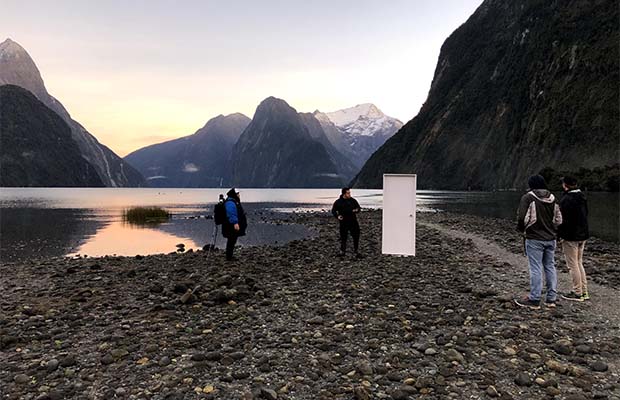 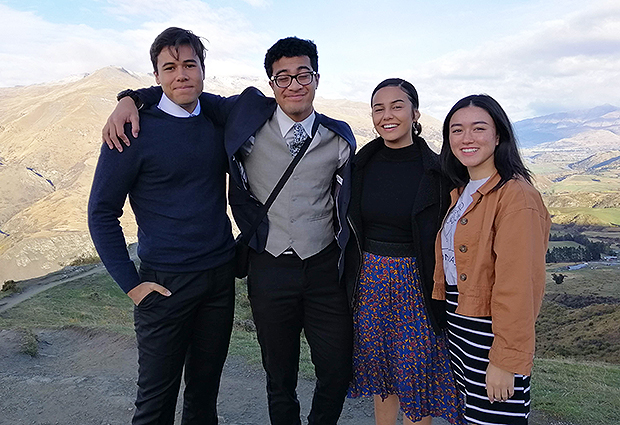 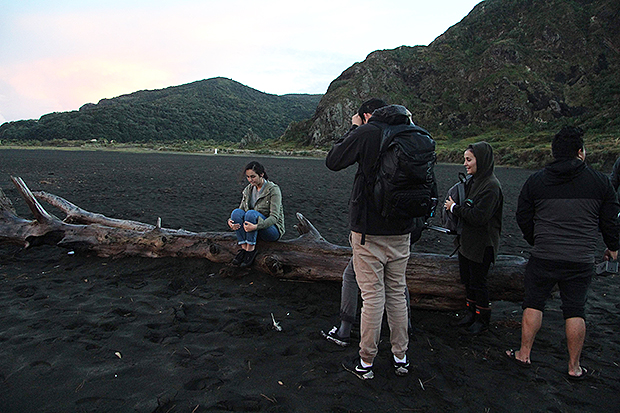 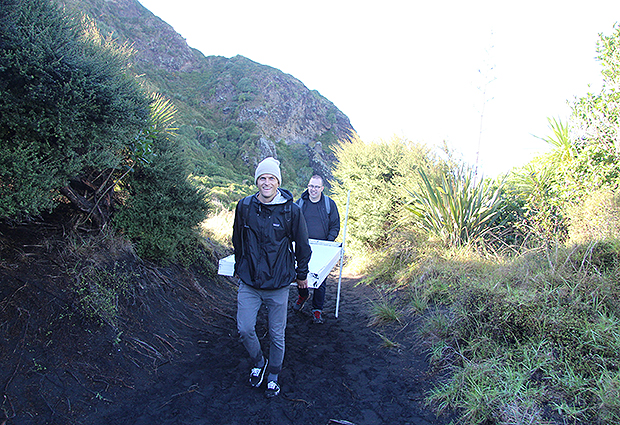 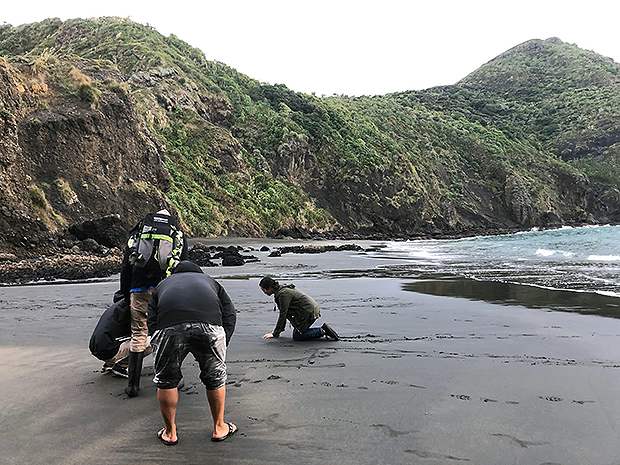 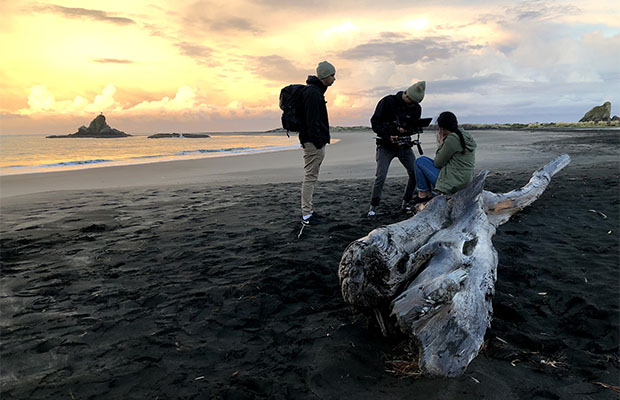 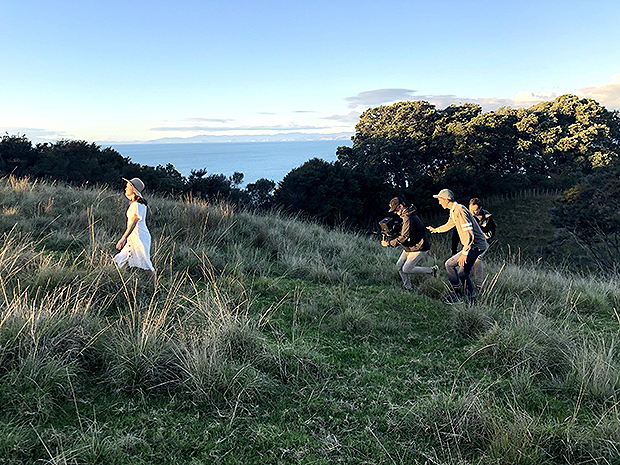 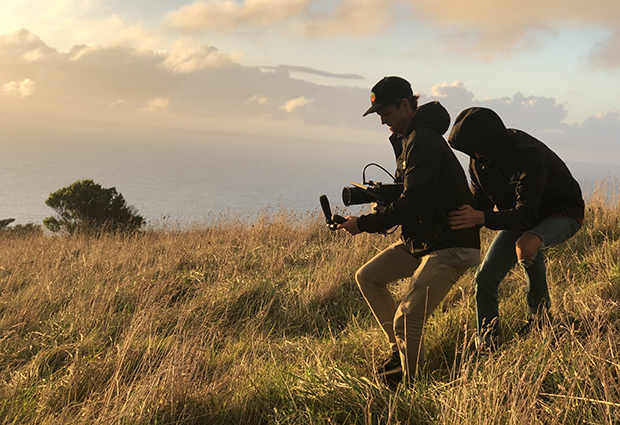