A noted thinker has concluded that it takes 10,000 hours of practice to realize expertise in any particular endeavor.

Want to be a great writer? First, sit down and scribble out copy for 10,000 hours. Dreaming of becoming a topflight golfer? Be prepared to spend 10,000 hours on the fairways and greens.

One of the most important skills that Latter-day Saint teens and young adults must develop is the ability to socialize one on one with peers of the opposite sex. It’s an essential skill that can offer them enjoyment, personal development, and friendship, and it will serve them well when the time is right to find a husband or wife.

Young men and young women typically develop such social skills through dating. Becoming a “good dater” is, of course, far different from writing well or becoming a scratch golfer. And dedicating 10,000 hours to dating prior to marriage is probably not feasible.

The Church’s For the Strength of Youth pamphlet describes dating as “a planned activity that allows a young man and a young woman to get to know each other better.”

For The Strength of Youth provides key dating guidelines, such as waiting until the age of 16 to begin dating. Youth are also encouraged to go with one or more additional couples when they begin dating, to avoid going on frequent dates with the same person, and to invite their parents to get to know those they date.

They should also date “only those who have high moral standards and in whose company [they] can maintain [their] standards.”

Other dating advice can be found in the youth section of ChurchofJesusChrist.org.

Beyond the many LDS resources, high school–aged youth can best navigate the dating waters with the loving and prayerful guidance of parents and other trusted adults. 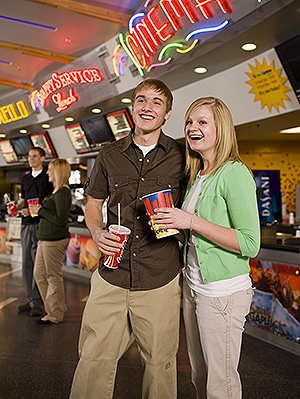 Tiffany Smith and her husband, Benjamin Driggs, want their son, Abraham Smith-Driggs, 18, to hone the social skills he needs to build confidence and friendships with young women and, when the time’s right, to find a wife with whom he will be well matched.

“Outside of accepting the Atonement of Jesus Christ, the most important decision that my son will make is who he will marry,” said Sister Smith, a member of the East Millcreek Fourth Ward, East Millcreek Utah Stake.

Parents, she added, often spend several hours each week assisting their children with homework, music, or sports. So why not set aside time to help them with their social and dating skills?

Since Abraham’s 16th birthday, his parents have encouraged him to go on four dates a month. Mom and Dad provide him with a small monthly stipend to offset costs—although most of his dates are economical and demand little money.

Abraham and his parents also worked together to create a dating protocol that gives structure to the family's dating expectations. Among other things on the list, Abraham meets his date’s parents when he arrives to pick her up. No honking from the curbside. Abraham also tries to ask the girl out in person at least three days in advance whenever possible—no same-day invitations via text messaging.

Such requirements make each experience feel like a real date instead of a mere gathering of friends. Sister Smith said that when Abraham's younger sisters turns 16, they will be expected to follow the same dating protocols.

“I’ve found that dating is a blessing,” said Abraham, who will soon graduate from Utah’s Skyline High and plans to attend BYU for a year before serving a mission. “I’ve really been able to develop my social skills.”

Over the past two years, Abraham has enjoyed a variety of dates with a wide range of girls. Many have been double or group dates. Others have been individual dates, which Abraham tries to initiate at least once a month. He’s had the most fun on outdoor dates such as hikes or picnics in the nearby canyons.

Frequent dating has also helped Abraham know himself better. He’s developing an understanding of what sort of future companion would suit him best.

Another side benefit? Several of Abraham’s friends at Skyline High School have caught his enthusiasm for dating. Both the boys and girls at school have grown more comfortable asking one another out for dates. They are building new friendships and social skills that they will enjoy long after high school graduation.