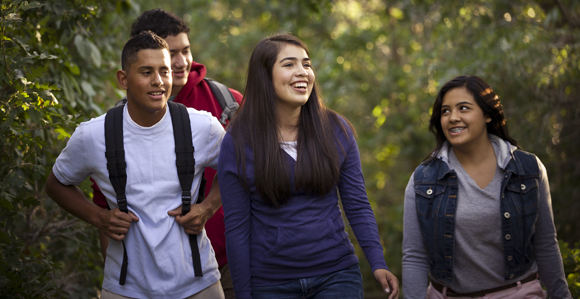 An article published in the December Journal of Adolescence about dating confirms prophetic direction given to Latter-day Saint youth for decades.

“It’s an important point for parents to monitor the type of relations [their] teens are involved in and to promote activities that bring boys and girls together in fairly structured, supervised ways.” —Jennifer Connolly, professor of psychology

There is a healthy progression to dating, and those who start to form romantic one-on-one dating relationships young are more likely to have problematic behaviors at school and in other areas of their lives, according to researchers from York University in Toronto.

“It’s an important point for parents to monitor the type of relations [their] teens are involved in and to promote activities that bring boys and girls together in fairly structured, supervised ways,” said Jennifer Connolly. A professor of psychology at York University, she is the lead author on the study published in the December Journal of Adolescence. “Young kids don’t do well in the kind of relationship people expect to find among those 16 and older.”

Despite a constantly changing “world view,” modern day prophets have stayed constant with their counsel to the youth of the Church about the appropriate time to participate in dating. Although dating can be a good learning experience for young men and young women, Church leaders have counseled the youth for many years to date within the appropriate bounds—those which the Lord has set.

“In cultures where dating or courtship is acceptable, dating can help you develop lasting friendships and eventually find an eternal companion,” it reads in the For the Strength of Youth pamphlet. “Date only those who have high standards and in whose company you can maintain your standards.”

The youth websiteon ChurchofJesusChrist.org says that dating can be a wonderful learning experience for both young men and young women to learn about themselves and to develop relationships of understanding, respect, and appreciation.

“You should not date until you are at least 16 years old,” the website reads. “When you begin dating, go with one or more additional couples. Avoid going on frequent dates with the same person. Developing serious relationships too early in life can limit the number of other people you meet and can perhaps lead to immorality. Invite your parents to become acquainted with those you date.”

Starting in group activities—such as going to movies and talking with friends—and then progressing to couple relationships within the context of a group often leads to more healthy behaviors, Dr. Connolly said.

Youth who move through progressive stages of romantic development are the ones who are doing well, she said.

Although not all dating behavior is problematic, researchers say that some who date at age 13 or 14 with a single partner are more likely to have problems than those who have more casual romantic interactions in a group setting. Some of those behaviors included impulsive behavior, getting into arguments with friends, fights at home, and truancy at school. Dating younger can also increase alcohol use and sexual activity. The healthy progression to dating starts with group activities involving both sexes in early adolescence; then as the teens get older they start to narrow down to couples.

According to an article titled “Dating FAQs” in the April 2010 New Era, “You need to try to make many friends, even if there’s one person you prefer being with. For the Strength of Youth says, ‘Avoid going on frequent dates with the same person.’ The reasons for this counsel have to do with timing and safety. You’re not yet ready for marriage, so steady dating has no real purpose yet. And people in that kind of exclusive relationship will probably want to begin to express their feelings physically. The longer the relationship goes on with no immediate prospect of marriage, the more likely a couple is to get into trouble.”

Clear boundaries can bring happiness in dating and help youth learn how to progress in a healthy, appropriate way.

“When you are old enough, you ought to start dating,” said President Boyd K. Packer of the Quorum of the Twelve Apostles in an article in the June 2004 New Era. “It is good for young men and young women to learn to know and to appreciate one another. It is good for you to go to games and dances and picnics, to do all of the young things. We encourage our young people to date. We encourage you to set high standards of dating” (“You’re in the Driver’s Seat”).