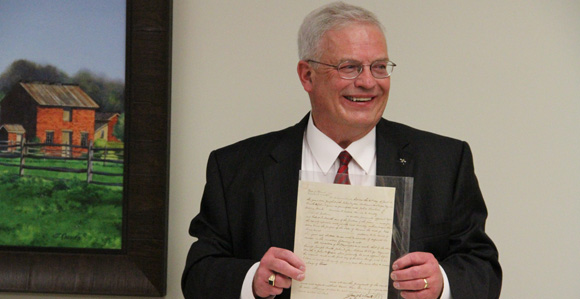 “I have really felt a mission, long before I was called as a missionary, to gather these things up, and I really haven’t known why.” —Brent F. Ashworth, collector of Church history memorabilia

For decades, he has been widely recognized as one of the most prolific and prominent collectors of documents and memorabilia from Church history, a personal passion that has been undergirded by a fervent testimony of the Church of Jesus Christ and of the latter-day Restoration of the gospel through the Prophet Joseph Smith.

Now, much of the vast collection of Brent F. Ashworth augments the archival holdings of the Church, resulting both from the sale of and personal donation by Brother Ashworth and his wife, Charlene.

That contribution was recognized February 7 at a gathering in the Church History Library attended by dozens of Ashworth extended family members, friends, and professional associates. Elder Steven E. Snow of the Seventy, Church Historian and Recorder, greeted the assembled well-wishers, as did Richard E. Turley Jr., assistant Church historian and recorder.

“Every once in a while, someone like Brent comes along that really, really makes a difference to the work,” Elder Snow said. “We’re most grateful for his kindness, really benefiting scholars, members of the Church, and others.”

Elder Snow said he loves Church history work because it dispels the notion that everything of significance to Church history has been found. “That’s really not the case,” he said. “We get calls all the time from people who’ve gotten into Grandma’s trunk and found some document that’s important. It’s like a treasure. We’re grateful for people like Brent finding these things and gathering them and making of them such a meaningful collection that truly will bless lives.”

Brother Turley said he has known Brother Ashworth for a long time. “During the time we’ve interacted, we’ve talked about the importance of having his materials come to the Church. That has been Brent’s wish. We talked about how we might make that happen.”

He said the size of Brother Ashworth’s collection puts it on “an institutional level,” and that the acquisition by the Church of his items is “almost as if we’re merging with another institution, because the collection is so very large.”

Indeed, the acquisition amounts to between 8,000 and 9,000 items, said Brad Westwood, manager of acquisitions at the Church History Library, who conducted the meeting. “If you look at Church history and the inquiry into it in the last 30 or 40 years, you’ll see something in probably hundreds of books that in one way or another have been associated with Brent and his pursuit of Church history,” Brother Westwood said.

“We were able to purchase a number of things from Brent as well as what things are donated,” he added. “Typically, as a Church History Department, we don’t purchase unless they’re absolutely essential to understanding some core issue of the Church. It has to be evidentiary; it has to be something really significant. We are blessed by many people who have donated, and Brent has donated thousands and thousands of things, so we were pleased to also make a few select purchases. He purchased them; we’re grateful to do the same.”

Speaking to the gathering, Brother Ashworth paid tribute to his grandfather, an associate and employee of department store magnate J. C. Penney, and his grandmother, a “packrat” who saved everything. A box of her documents was saved from being burned by her family after her death because it was stored in the rafters of a garage. Later, Brother Ashworth found in that box nine letters that had been written by Church President Heber J. Grant to his grandmother responding to her letters about keeping her missionary son in the field even though family finances were tight.

“I thought after reading those letters 30 years later in 1961, ‘I know more about President Grant by reading those letters than anything I ever heard in Junior Sunday School; it would be great if I could collect something personal from each Church President,’” he said. Since then he has collected more than a dozen from each, from the Prophet Joseph Smith on down to President Thomas S. Monson.

His work of collecting has resulted in his personal acquaintance with some of the Church Presidents, including President Spencer W. Kimball and President Gordon B. Hinckley. He cherishes his experiences with them and shared some stories with the audience. He said President Hinckley in particular knew Church history “inside and out.”

In recent years, Brother Ashworth has served two missions with the Church History Department. In one, he helped identify and remove from circulation some Hofmann forgeries that had come into the Church collection in the 1980s. He was well acquainted with them because he, like the Church, was among document collectors who were victimized by the forgeries. 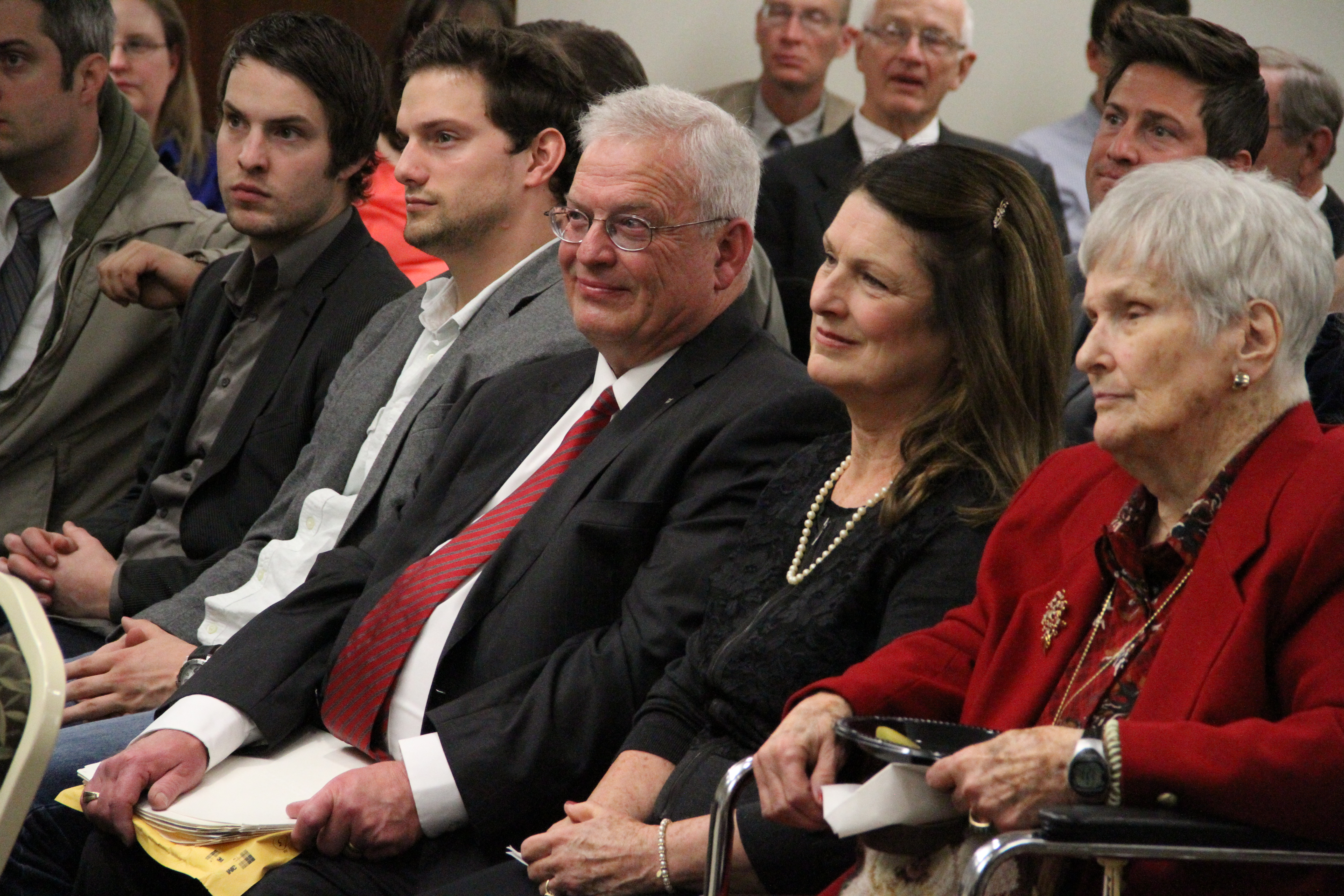 After his missions, Brother Ashworth was approached by the department about acquiring some of his rarer holdings. It was difficult, he quipped, because his documents seemed like his children to him. “But I could see I could not keep them with me forever.”

Brother Ashworth displayed a few selected documents from his collection that have been acquired by the Church and which give dramatic illustration to some of the better—and lesser-known—events of Church history.

One was a receipt written by Lyman Wight discharging Heber C. Kimball from the march of Zion’s Camp in Missouri.

A letter from Heber C. Kimball written when he was a young missionary in England in 1841 discusses a letter he received from his wife, Vilate, in Nauvoo, Illinois, reporting a funeral sermon in which the Prophet Joseph Smith introduced the concept of baptism for the dead.

Still another is a letter from Apostle Parley P. Pratt written from the Camp of Israel in Iowa as the Saints were crossing the plains after the Nauvoo exodus. It calls for the recruitment of 500 men in what became the Mormon Battalion.

Bearing testimony, Brother Ashworth said, “Over the years, I’ve really been blessed with this. I’ve been driven by it. I have really felt a mission, long before I was called as a missionary, to gather these things up, and I really haven’t known why.”

He said he has many times felt the Lord’s help and guidance in finding this or that document.

“I pay tribute to my Lord and Savior, Jesus Christ,” he said. “I am so grateful and honored to be a member of His Church. I don’t have any question in my mind that Joseph Smith was a prophet of God. I have felt directed to pick up his papers wherever I could find them over the years.”