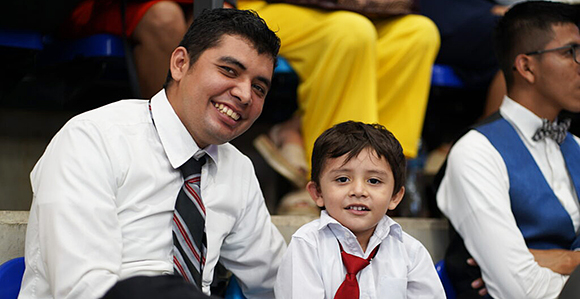 Members gather for a devotional in Managua, Nicaragua, during a visit from Elder David A. Bednar to the country in November 2019.

“We have remarkable experiences with people every day. . . . It is not just one experience. It is the consistency of those experiences. . . . It really is one by one. Everywhere we go.” —Elder David A. Bednar

In the mountainside city of Solola, Guatemala—where a large percentage of the people still wear traditional Mayan clothing—thousands of members of The Church of Jesus Christ of Latter-day Saints recently gathered for a weeknight member meeting with Elder David A. Bednar.

A nine-year-old girl from the Solola Guatemala Stake fought back tears as she asked Elder Bednar a question. “How can I get something out of the scriptures as I do Come, Follow Me with my family?”

Elder Bednar of the Quorum of the Twelve Apostles responded to the question and then invited the child to come to the podium. He gave her a card with his address and asked her to do her best to live the gospel and draw closer to the Savior. “Every once in a while, send me a letter and let me know how you are doing,” he told her.

She looked at the Apostle and then threw her arms around his waist.

He could not individually greet everyone in the meeting, but he hoped he made “the touch that heaven wanted to be made.”

“We have remarkable experiences with people every day,” explained Elder Bednar. “It is not just one experience.  It is the consistency of those experiences. . . . It really is one by one. Everywhere we go.”

“There is a sense of a spiritual momentum throughout Central America,” he said when he returned. “This is a thriving area of the Church. It is growing. We are building temples there. Stakes are being created. And you see the goodness in the faces of all these good members.

“When you look at these members, you can tell the Father’s plan is a plan of happiness, because it shows in their countenances.” 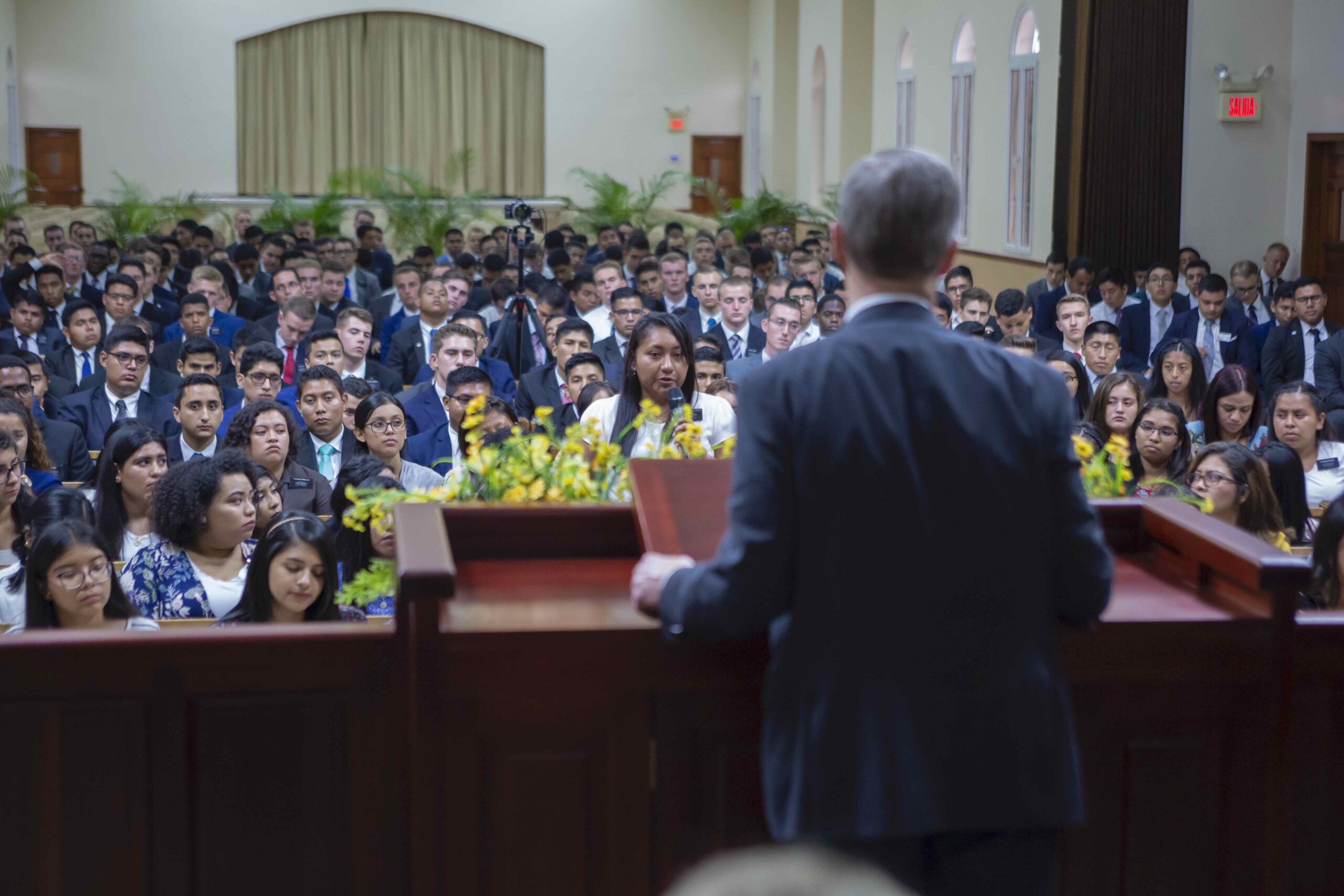 Missionaries listen to Elder David A. Bednar in San Pedro Sula, Honduras, during the Apostle’s visit to the country in November 2019.

For 30 minutes during a morning breakfast meeting, Elder Bednar explained what a temple is and why The Church of Jesus Christ of Latter-day Saints is building a temple in Managua, Nicaragua.

Only the Lord could orchestrate a seemingly chance meeting in London with a leader who then would arrange important meetings in Nicaragua, said Elder Bednar, who had been assigned to visit both countries months earlier.

Later that day, Elder and Sister Bednar met with youth from the Managua Nicaragua Stake during a 2:00 p.m. devotional. “We were intrigued to learn that many bishops had written notes for their youth to be excused early from school so they could attend the meeting,” said Sister Bednar.

The questions the youth asked during the meeting were inspiring, she said. “One that stood out to me was, ‘How can we as youth prepare for a temple in our country and let our lights shine in our nation?’”

In response, Elder Bednar focused on the blessings of having a temple close by and how the members can claim those blessings. He spoke about the “need to understand the nature of the covenants and the ordinances that they’ll receive in the temple so they can remember them and honor them.”

Elder Bednar also spoke of the temple during visits to Guatemala City and Quetzaltenango, Guatemala—where the Church has temples—and San Pedro Sula, Honduras—where, like in Managua, Church leaders have announced a temple.

“It is easier to build a temple than it is to build a people prepared to receive the temple,” commented Elder Bednar, quoting President Russell M. Nelson. 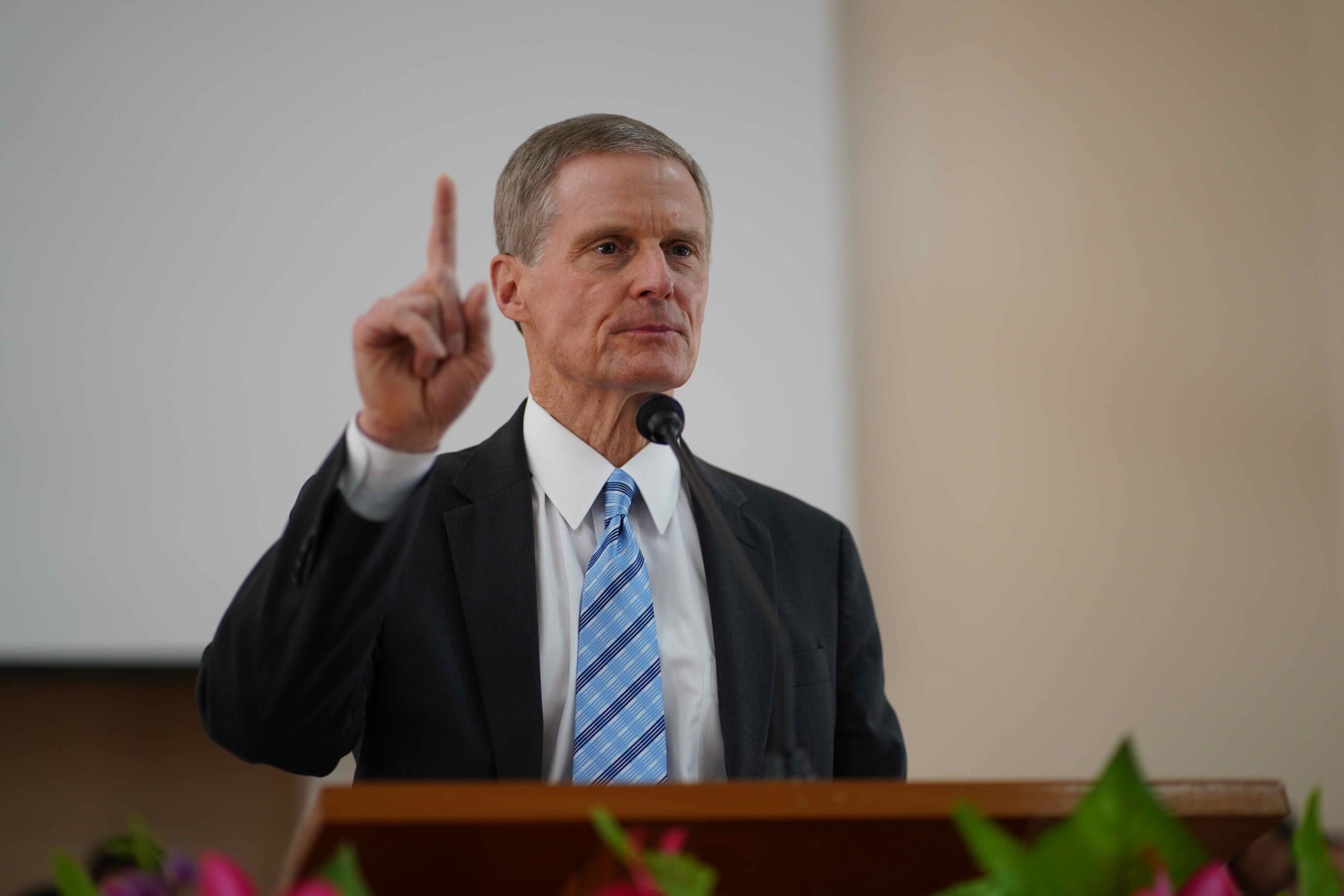 Elder David A. Bednar speaks at a youth devotional in Nicaragua during the Apostle’s visit to the country in November 2019.

“This Is a Miracle!”

Sister Bednar said it was also a blessing to be with the missionaries in Central America.

“At the missionary meeting with the Honduras San Pedro Sula East and West missions, Elder Bednar taught the missionaries that the Holy Ghost is the real teacher and they should write down impressions and feelings that come from the Holy Ghost during the meeting,” Sister Bednar said. “He then asked, ‘What stood out to you about the messages you read?’

“A missionary responded, ‘I should pray to know what God wants for me and have the faith to accept His will. I can find His will as I love others and serve.’ This missionary stopped briefly and then said that while he was sharing his thoughts, he received an impression right then about what God wanted him to do when he returned home from his mission.

“The missionary was visibly moved by what was happening. Elder Bednar said to him, ‘This is a revelatory miracle!’ The smile on the face of the missionary indicated that he understood.”

Elder and Sister Bednar also met with Quetzaltenango Guatemala El Bosque Stake president Carlos A. Tzic and learned his daughter was returning home from the Guatemala Antigua Mission later that week. “We were excited that we would be meeting with the missionaries from that mission the very next day and could tell Sister Tzic how excited her family was for her to return home,” recalled Sister Bednar. “It was a ‘tender mercy’ for all of us.”

Sometimes people think Church leaders travel to foreign lands to help the members. “But seeing the deep devotion and Christlike goodness in the faces of members blesses Susan and me in extraordinary ways,” Elder Bednar said.

“You see what the gospel does across the generations to strengthen them as individuals and as families. . . . You see how the gospel changes people.” 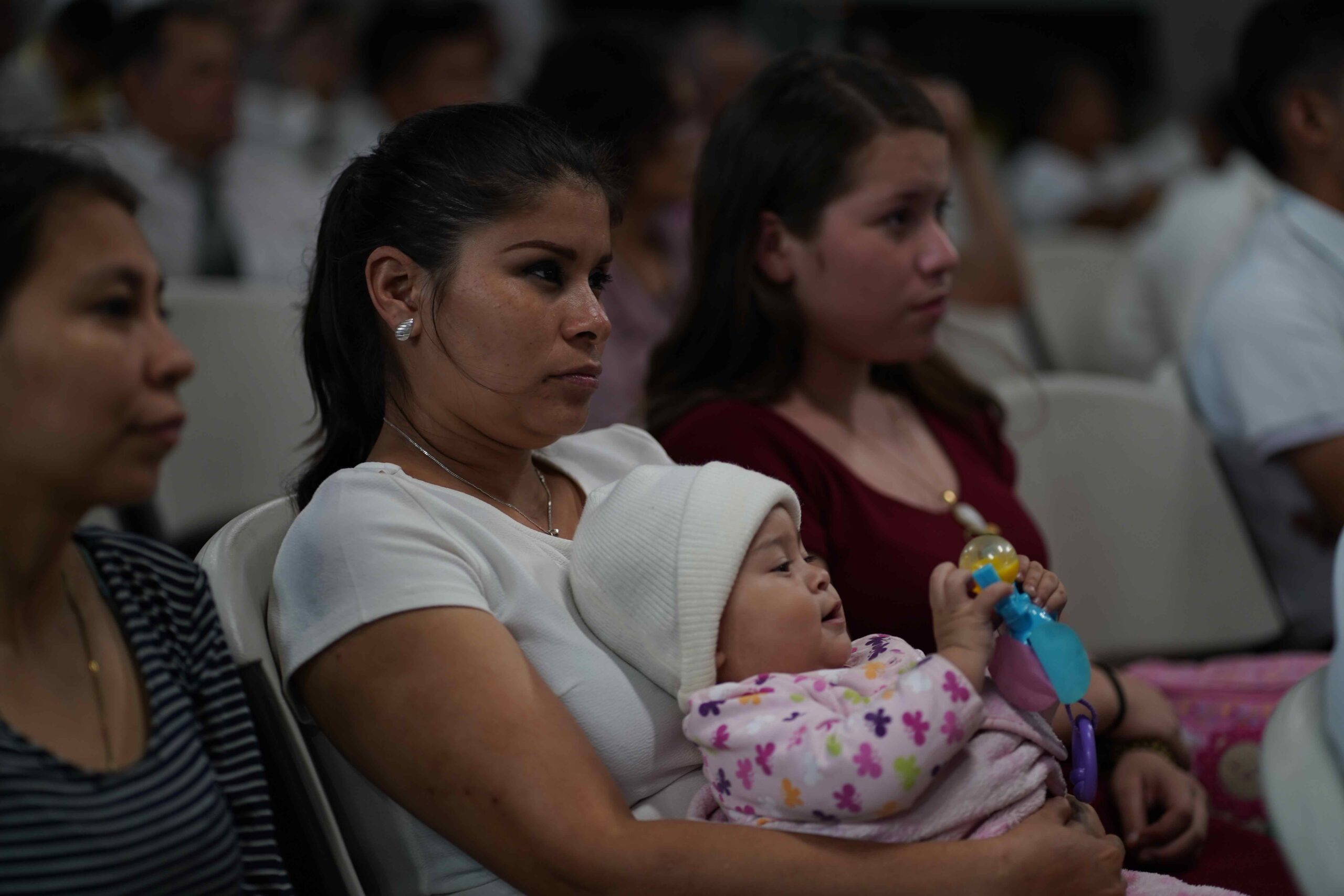 Members gather for a devotional with Elder David A. Bednar in Managua, Nicaragua, during the Apostle’s visit to the country in November 2019. 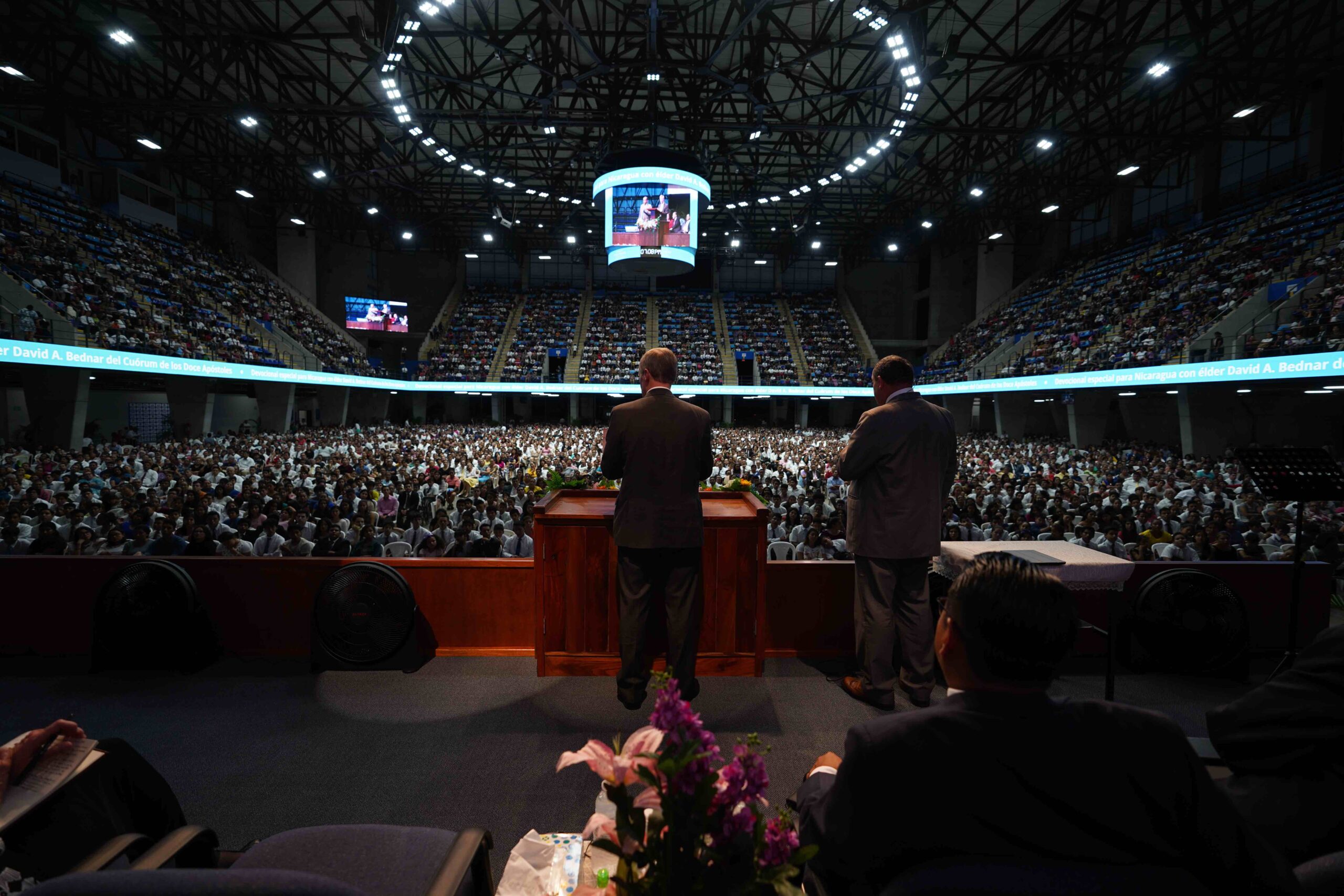 Elder David A. Bednar addresses members in Managua, Nicaragua, during the Apostle’s visit to the country in November 2019. 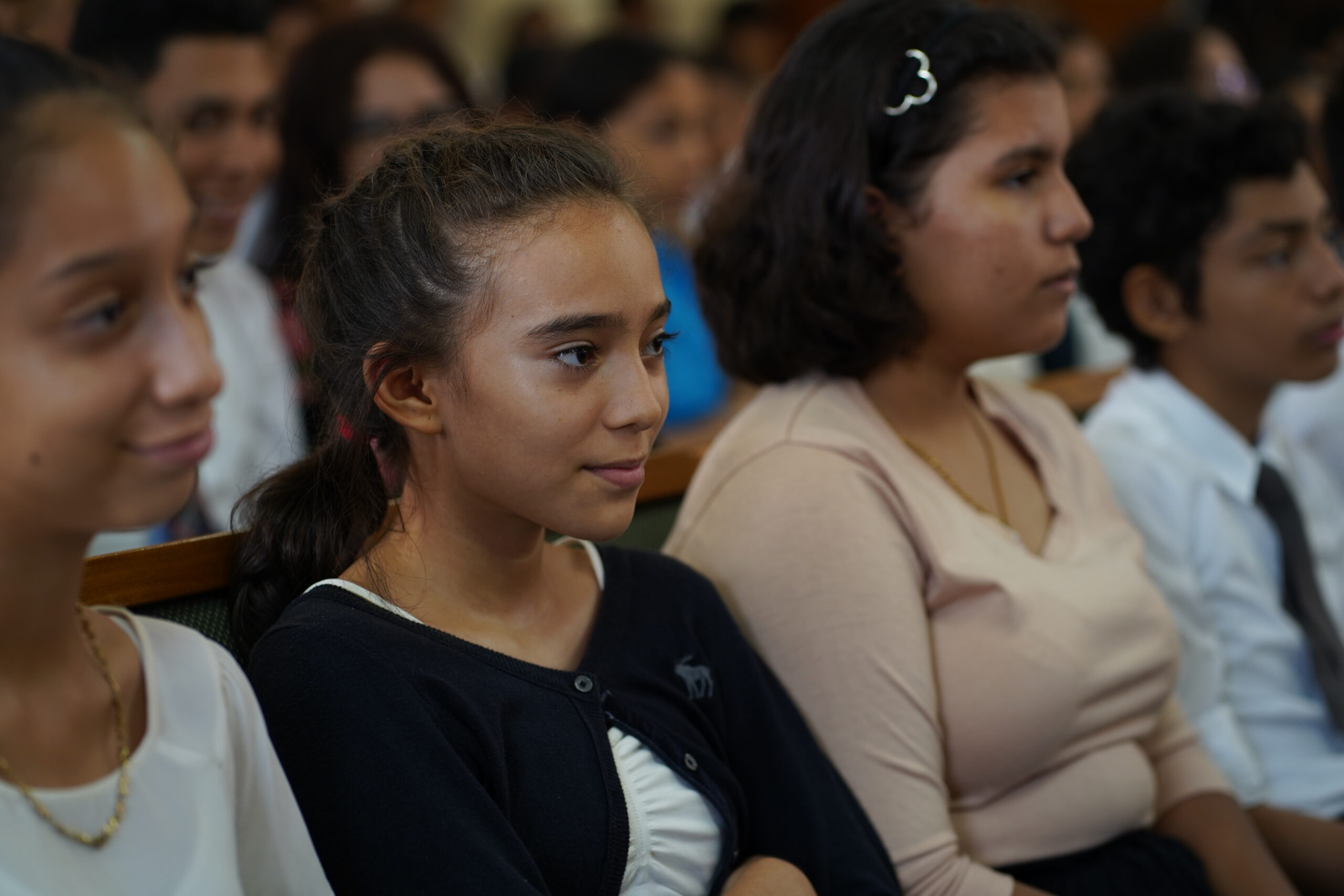 Youth participate in a devotional with Elder David A. Bednar in Nicaragua during the Apostle’s visit to the country in November 2019. 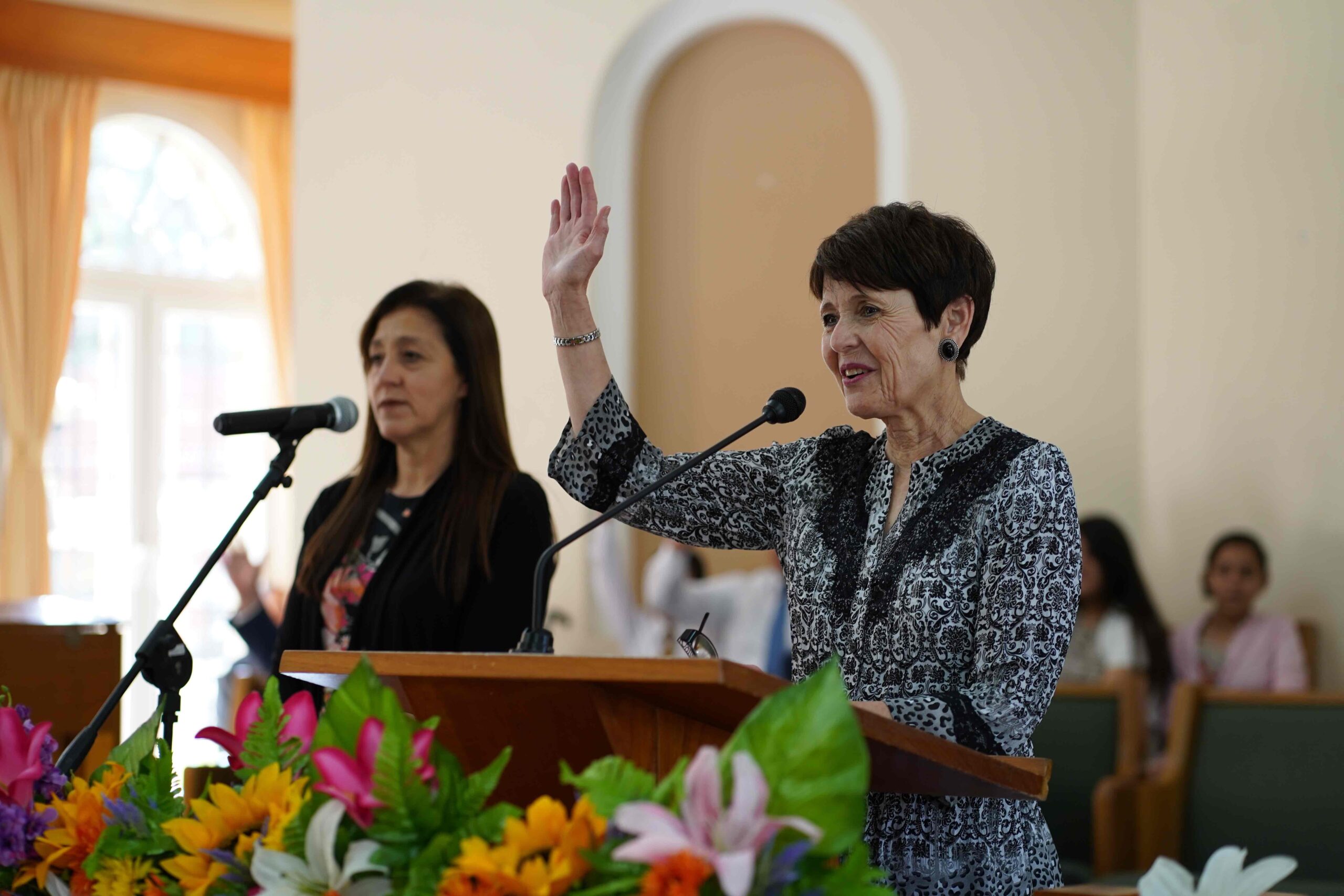 Sister Susan Bednar speaks to youth during a devotional in Nicaragua while visiting the country with her husband, Elder David A. Bednar, in November 2019.